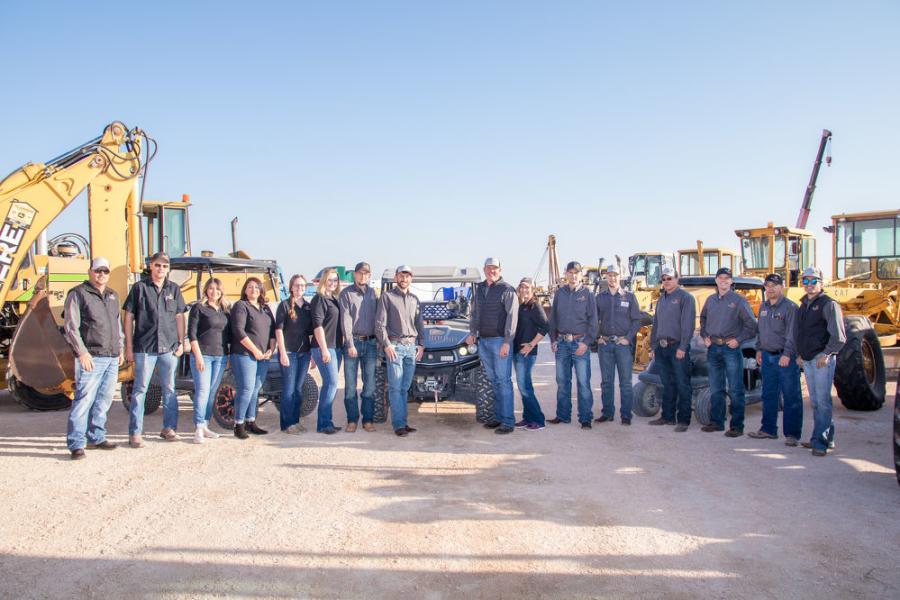 The staff of Iron Bound Auctions

Seminole, Texas, near the west Texas border with New Mexico, has been known for two things for a very long time: oil and cotton. But soon, large-scale equipment auctions may be synonymous with the town as well if Johan Krahn has anything to say about it. 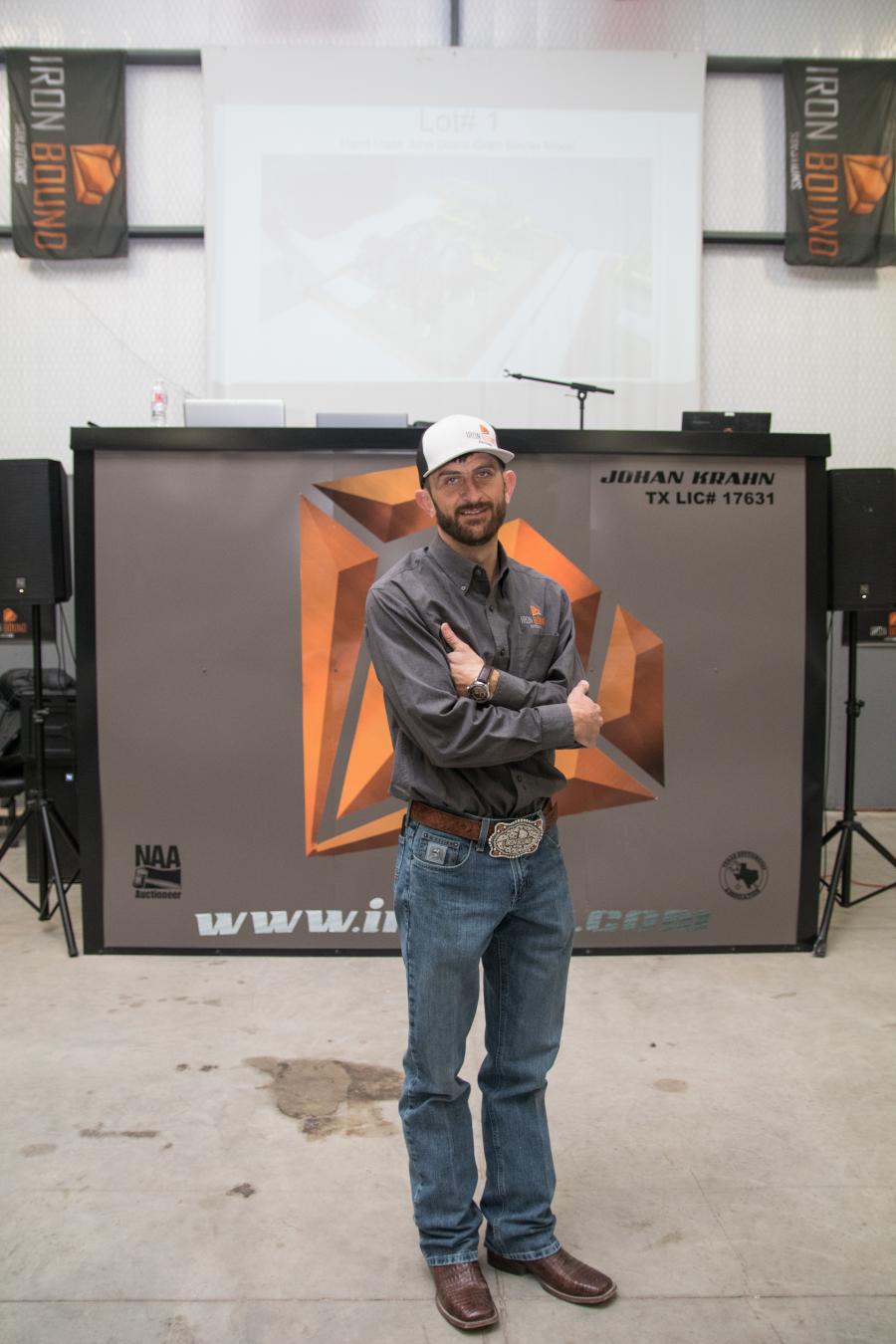 After years in the long-haul trucking business, often carrying heavy equipment, Krahn wore tired of the cut-throat world of trucking and decided to follow his interest in the auction business and see where it would lead.

“One day I googled 'how to get started in the auction business,'” he said, “and the first thing I learned was that I needed to be an auctioneer. Three days later I was attending Texas Auction Academy in Dallas.”

Krahn did his due diligence and confirmed his suspicion; there was a need for an equipment auction service in West Texas.

“With no construction equipment auctioneers based in Amarillo, Lubbock or Midland/Odessa, buyers had to travel the five hours or so to Fort Worth to inspect and bid on equipment,” he said.

After talking with sellers in both the construction and ag equipment markets, Krahn said, “I knew that customers wanted us, and there were 15 perfectly-suited acres available on Highway 62.”

With his license in hand, and some knowledge of yellow iron from a few years selling equipment, he took the leap and Iron Bound Auctions was born in January 2016.

The first auction was a major undertaking. Krahn and his staff worked for six months to pull it off.

“That first sale felt like a huge failure to me,” Krahn said, “yet everyone told me it was one of the best auctions they had ever attended.”

The sale offered buyers about one million dollars in consigned equipment. 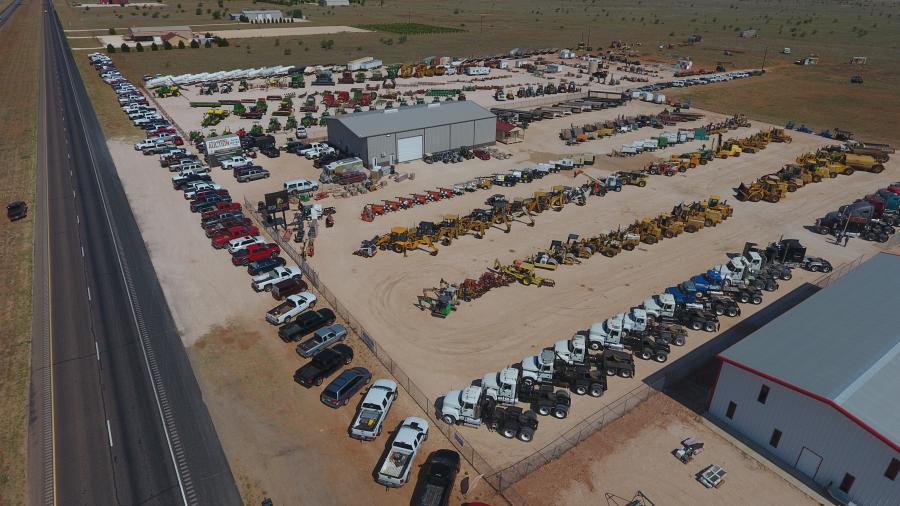 Now, after 18 auctions in just more than two years in Seminole, Iron Bound events are usually two-day sales, and recently the company completed the first sale at its second location in Dalhart, Texas, outside of Amarillo.

Ironically, the thing most responsible for Iron Bound growing to be a major player in the auction industry is the small company approach he and his people take to the business.

“We want to have the small company feel,” Krahn said. “Our customers are not just bidder numbers. And we give very personal service to our consignors.”

That personal touch extends from the way a piece of equipment is treated prior to the sale to handling consignor payments after the auction.

Before the sale Iron Bound personnel makes sure batteries are charged and tires are fully inflated. They make minor repairs when necessary. In terms of marketing the seller's equipment, the company posts 30-50 photos of every piece, and posts a video of the machine with engine running. 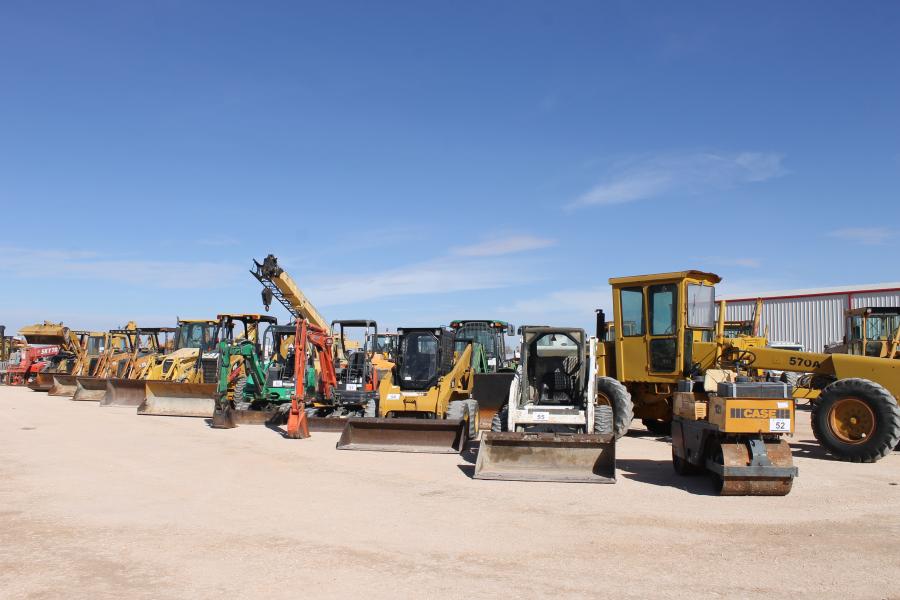 He said Iron Bound treats every machine as it were its own, but unlike most auction companies, they are not in the business of owning equipment.

“Integrity is on the buyer's side,” he said.

He said his company will always work hard to earn trust from the buyer and confidence from the seller.

After the sale, the company prides itself in personally delivering proceeds to as many consignors as possible. Krahn said that's the sort of personal touch he hopes to continue to offer even as his company grows.

And the company is growing. Just days after the successful completion of the sale in Dahlart, Krahn announced that the company will expand to Oklahoma City in 2019. After that the El Paso and Odessa markets will be targeted for growth.

The company was founded in 2015 by Johan Krahn, who always had a passion for the auction industry. He graduated from the Texas Auction Academy and obtained his auctioneer's license in 2015.

Iron Bound Auctions employs a close knit group of honest, hardworking, dedicated and optimistic individuals, most of whom are trilingual (English, Spanish and German) and have known each other since their childhood.