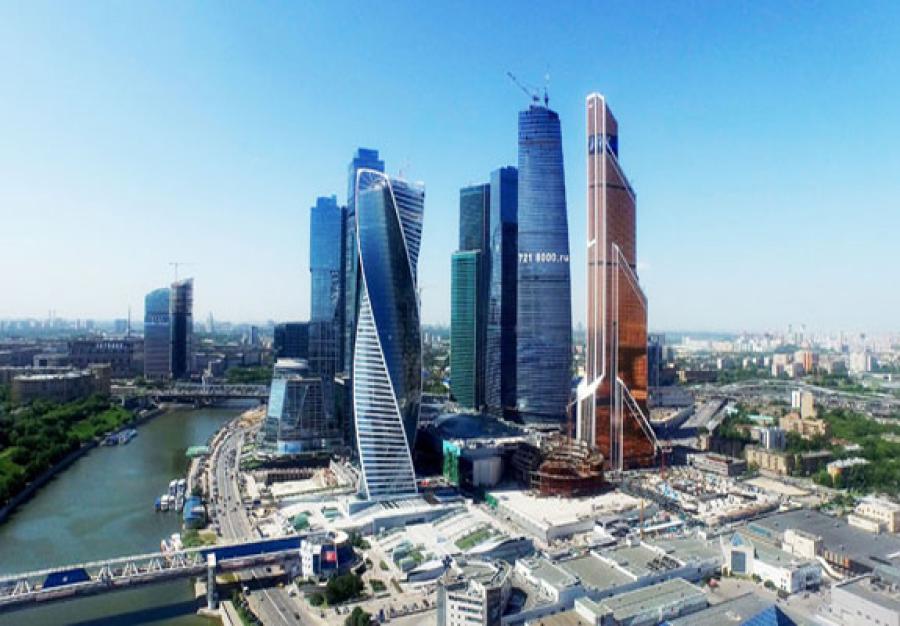 The Kremlin's hope is for developers to complete Moscow City (seen in this rendering), a modern office district similar to Canary Wharf and La Défense, in time for the 2018 FIFA World Cup, according to Bloomberg.

The website RealDeal is reporting that while a recession has now stretched into its sixth quarter in Russia, and office vacancies across the Moscow are sitting at 20 percent, on a riverfront site 2.5 miles west of the Kremlin, the three tallest skyscrapers in Europe have all hit the market over the last three years. More buildings are on their way, and despite the dire economic circumstance, the Kremlin is telling developers to keep building.

The Kremlin's hope is for developers to complete Moscow City, a modern office district similar to Canary Wharf and La Défense, in time for the 2018 FIFA World Cup, according to Bloomberg.

The 1,227-foot Federation Tower, Europe's tallest building, will open by 2017, and two more skyscrapers in Europe's top 10 are expected to rise by kickoff.

“The government hates that construction has dragged on for so long,” Yulia Nikulicheva, head of strategic consulting at real estate brokerage JLL in Moscow, told Bloomberg. “Moscow City was always about prestige.”

The entire project has suffered from delays and state-owned companies and government agencies occupy almost half the available office space in Moscow City currently. Nevertheless, the building goes on – if in a more scaled down version.

“We took a six-month breather at the end of 2014 to reassess,” Renaissance Development CEO Irfan Kaya said. His company is developing Neva Towers, which will be the final pieces of Moscow City. “But we never considered pulling the plug. In development, it's use it or lose it, and that was never an option.”