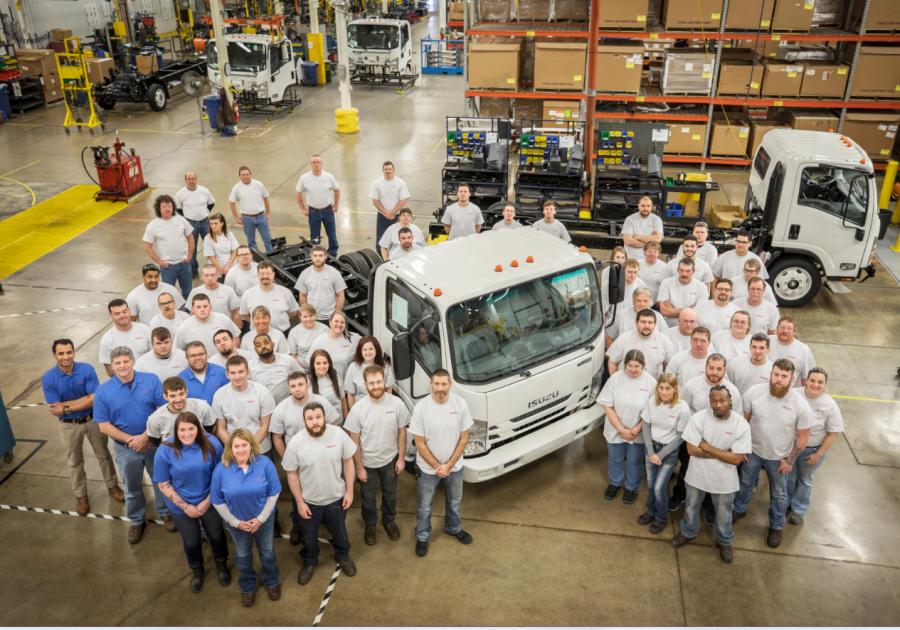 Isuzu Commercial Truck of America Inc. announced that the 40,000th gasoline-powered Isuzu N-Series truck has been produced at the Spartan Motors Inc. facility in Charlotte, Mich. The truck rolled off the line June 8, 2017.

“From April 2015 to June 2016 — a span of 15 months — we went from 20,000 to 30,000 gas-powered Isuzu trucks produced in Charlotte,” said Shaun Skinner, president of Isuzu Commercial Truck of America. “Now, only twelve months later, another 10,000 N-Series gas trucks have been built. That's a testament to the increasing popularity and growing reputation of our gasoline engine, low-cab-forward trucks.”

Isuzu N-Series gas trucks are powered by a Vortec 6.0-L small-block V8 engine that produces 297 hp at 4,300 rpm and generates 372 lbs.-ft. of torque at 4,000 rpm. The powerplant is mated to a six-speed automatic transmission with double overdrive and lock-up torque converter for enhanced fuel economy and performance.

An optional version of the engine is capable of being converted to run on compressed natural gas (CNG) or liquefied petroleum gas (LPG, or propane).

A full range of gasoline-powered models is available:

Isuzu also markets diesel-powered N-Series trucks, the Reach Van powered by Isuzu and the all-new Class 6 FTR, launched in May. Reach and FTR also are assembled by Spartan Motors.

“We offer the most complete line of low-cab-forward medium-duty trucks in the industry,” Skinner said. “The gasoline-powered NPR and NPR-HD are an important part of our lineup. So we expect to be reaching even more production milestones in the future.”