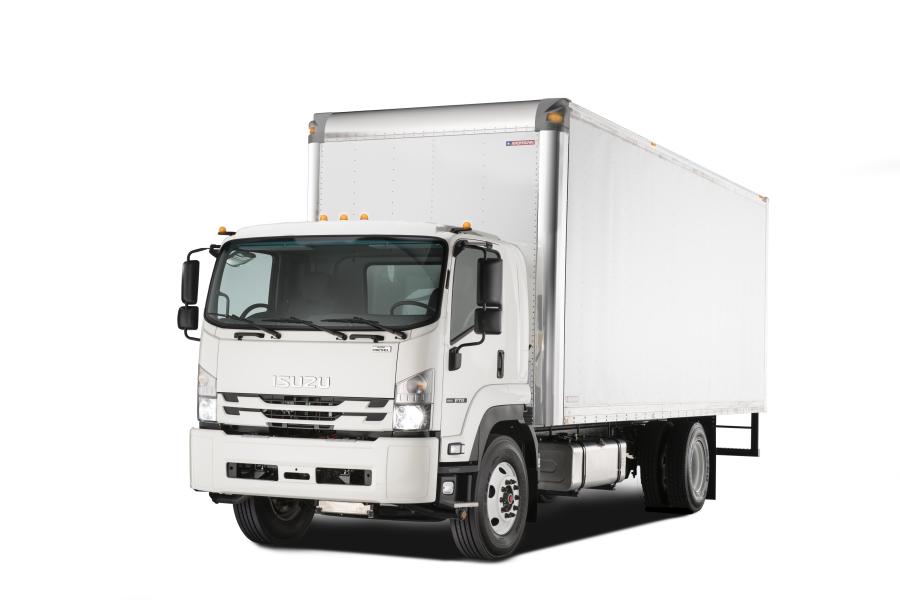 “This truck represents our vision of the future of the medium-duty truck industry,” said Shaun Skinner, executive vice president and general manager of Isuzu Commercial Truck of America. “As the adult population grows and as people move to urban centers, there will be an increasing need for delivery trucks that can carry a lot of cargo but at the same time be fuel efficient, maneuverable, environmentally friendly, and that offer a low cost of ownership. The all-new FTR achieves all of these goals.”

The FTR will be powered by Isuzu's renowned 4HK1-TC 5.2-liter turbocharged four-cylinder diesel engine—a first in the segment. “As fuel economy and emissions regulations become stricter, you're going to see more and more competitors in this class turning to four-cylinder engines,” Skinner said. “Isuzu is a pioneer in developing and building four-cylinder transportation solutions.”

Although horsepower and torque ratings have not been finalized, the company noted that the 4HK1 engine is well known for its high torque output. The powerplant will be mated to an Allison 2000 Series automatic transmission. The engine carries a B10 durability of 310,000 miles—meaning that 90% of engines should reach that mileage before requiring an overhaul.

An incredible cruising distance can be achieved by the FTR, thanks not only to the truck's miserly use of fuel but also its available aluminum 50 or 100 gallon fuel tank.

Eight wheelbase configurations will accommodate bodies from 16 feet to 30 feet, allowing for a wide variety of body applications.

The all-new cab features a clean back-of-cab design that can provide more space for body applications compared to the previous F-Series truck.

Like all Isuzu trucks, the FTR will feature a low-cab-forward design that increases visibility and markedly improves maneuverability—especially important in the crowded city centers where the FTR is expected to be in greatest demand. “With a 50-degree wheel cut, there's not a truck in this class with a tighter turning radius,” Skinner said.

The FTR cab's wide step and wide-opening doors allow easy entry to the spacious interior, which features three-across seating and extra space for storage behind the seats.

Additional interior amenities include a side under safety mirror, overhead console, and a suspension driver's seat with armrest specially designed to increase comfort and reduce driver fatigue.

Pricing, available configurations, power ratings and additional features and specifications will be released in mid-2017.

“The overall concept of the FTR is to bring to our customers the next generation medium-duty low-cab-forward truck, one that features a clean, durable, highly efficient four-cylinder engine and is the best Class 6 choice for pickup and delivery in cities,” Skinner said. “The letters 'FTR' don't stand for 'future,' but this truck represents the future, and it will be here—soon.”