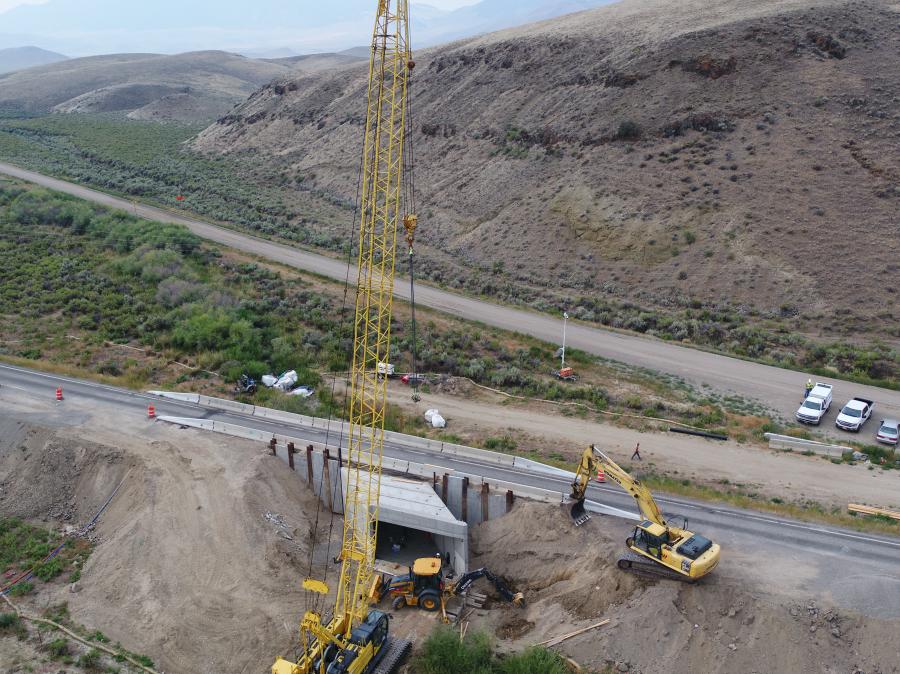 “In the design/bid/build process, usually there is one bridge per project and usually it takes one year to design and get into construction. Just in time alone, we’re saving basically 17 years,” said Megan Stark, ITD spokeswoman. (Idaho Department of Transportation photo)

When the Idaho Transportation Department identified 17 bridges in Eastern Idaho that did not meet current safety and geometry standards, the agency decided to try a new construction approach that ultimately saved taxpayers millions of dollars and more than a decade in time.

"Every one of the bridges is 50 years old or older," said Megan Stark, ITD spokeswoman. "Usually, we do these district by district, but because they were in close areas, we were able to have the districts come together and work together collectively. It's a big, big range of districts, all of eastern Idaho. We got the design/build team together and were able to design these 17 bridges within a year. Which is amazing. They were able to get it designed and then have a bid confirmed and basically construction started spring of 2018. 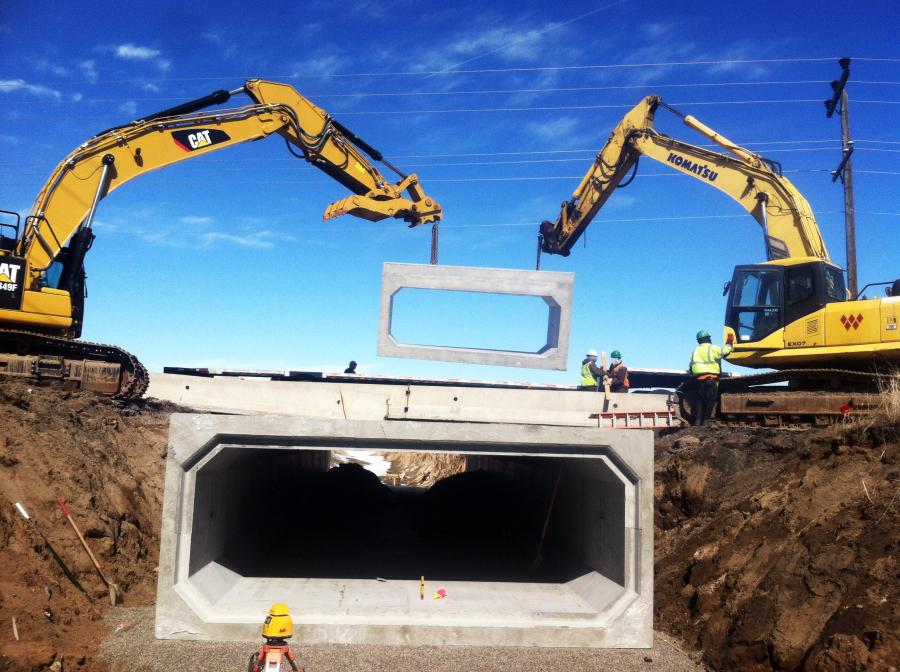 "The savings in combining the 17 bridges, in construction costs alone, we saved a minimum of $3 million. In the design process, we saved $1.7 million for a total $4.7 million savings. Additionally, in the design/bid/build process, usually there is one bridge per project and usually it takes one year to design and get into construction. Just in time alone, we're saving basically 17 years. It was quite an interesting process. The only way to really pull this off is if the design on the bridges are the same. For bridges like this, smaller highways over rivers, creeks and canals, most of the designs are going to be very similar, if not the same. Fortunately, all of our different team members realized that before they attempted the design/build process."

In addition to partnering within districts, ITD also worked with JUB Engineers and Strata for the design work and structure testing. Wadsworth Brothers Construction won the contract for the work.

The 17 bridges are in five different locations. Wadsworth was able to save costs by grouping the bridges together and getting the work done in one area rather than moving off to another part of the state.

"For example, we started with four in one location and when those were complete he moved to five other bridges," Young said. "The bridges were all within 10 miles of each other. They were working on those at the same time, not working at one here and another 100 miles away. With that he was able to keep the equipment use down. There was shuffling around of equipment, but he did pretty good at keeping it to a minimum. The number one big thing he used was his crane. He had one big crane on site. All the other equipment was pretty normal, what would expect for a bridge project. Nothing that would make me think it was awesome, except for this crane. I looked at this crane and said, ‘Man this thing is massive.'"

Each of the bridges is being brought up to current design standards, including wider shoulders, and in many cases longer spans. 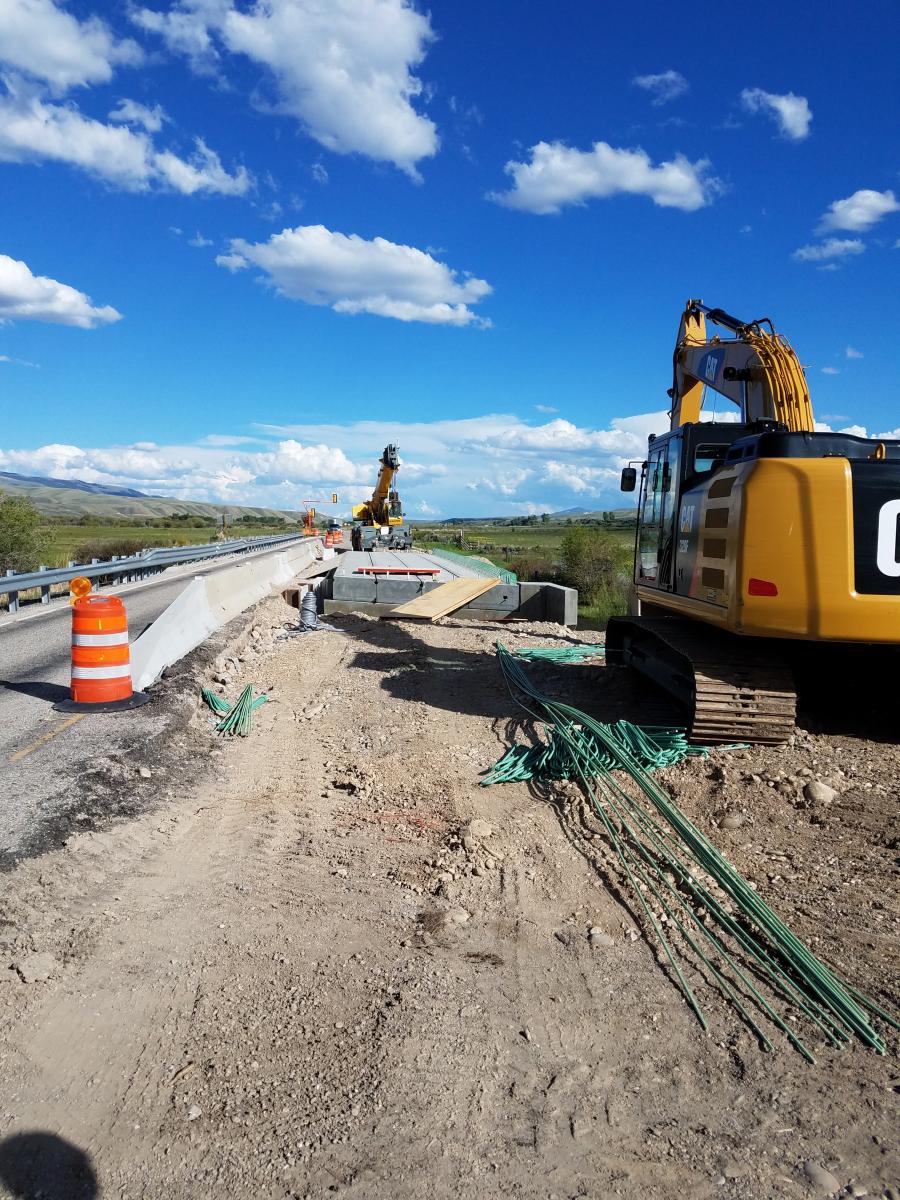 "The width is to better accommodate shoulders and also longer to better accommodate the water way underneath," said Bryan Young, ITD engineering manager. "A lot of time we even raised them to better accommodate the hydraulics and bring everything up to standard. Most are deep foundation pile driving, and in most cases, there are concrete voided slab girders. All of these bridges are on two-lane highways, and all were done under phase construction. Phase one, all traffic is on one side of bridge, using traffic signal for traffic control. You go in and put all the traffic on one side and demolish the side you were working on. You build that bridge back, then you take all the traffic put on that new structure while you do phase two."

Nine of the bridges were in environmentally sensitive areas, restricting the in-water work to a window of eight weeks and calling for an innovative approach.

"What the contractor did was they built as much of the structure in phase one as they could, while leaving the old abutments in the water in place. And then when they got to phase two, they were able to plan it, so that during the water work window, they took the old abutments out."

Eight bridges remain to be completed in 2019. Work has begun on three of those with five more on the Lemhi River to start this spring.

"They are all fairly similar," said Stark. "The only challenge ahead is the detour routes. Some of these bridges are in harder to access areas because they are in between mountain ranges. The only challenge that we foresee is trying to find a promising detour."

The project is slated for completion in the fall of 2019. 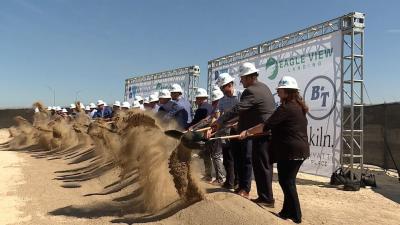