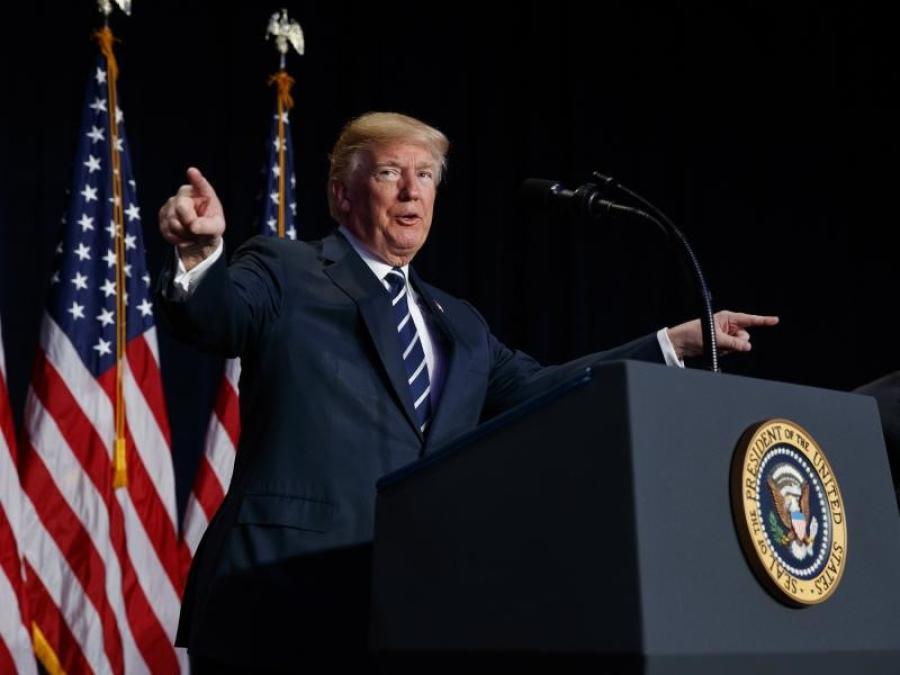 “We have to rebuild our infrastructure,” said President Trump. “We're trying to fix roads and bridges that are falling down.”

The Trump Administration announced the long-anticipated details of his infrastructure plan Feb. 12. The $200 billion proposal promises to prompt a $1.5 trillion investment throughout the next decade, NBC News reported.

“We have to rebuild our infrastructure,” said President Trump. “We're trying to fix roads and bridges that are falling down.”

Highlights of the plan include:

President Trump addressed the need for public-private sponsorships to help pay for these projects, saying, “every federal dollar should be leveraged by partnering with state and local governments and, where appropriate, tapping into private sector investment—to permanently fix the infrastructure deficit.”

AED President Brian P. McGuire released this statement in response to the plan:

“I commend President Trump for focusing on rebuilding our nation's crumbling infrastructure. The administration's proposal is just the start of the conversation. It's now Congress' responsibility to pass legislation that incorporates many of the principles outlined by the president combined with substantial, sustained investment and new revenue to provide long-term certainty to the construction industry. Americans are craving bipartisan leadership and this will show the country that Washington is serious about rebuilding our infrastructure. It's time to turn words into action for America.”

Additionally, AEM President Dennis Slater had this to say in reaction to the plan:

“Equipment manufacturers welcome the introduction of President Trump's infrastructure proposal today. It should serve as an important starting point for serious debate in Congress, given that an overwhelming majority of Americans wants for Washington to action infrastructure this year.

The White House plan includes a number of important elements. Equipment manufacturers applaud the “One Agency, One Decision” initiative to reduce permitting time on projects to 24 months, as well as their request to create designated funds to support rural infrastructure development and transformative infrastructure projects. The industry is also encouraged by the inclusion of a proposal to help train our manufacturing and construction workforce in charge of building America's infrastructure.

However, the Trump administration's proposal does not solve our nation's underlying infrastructure issues, including the solvency of the Highway Trust Fund and other programs to support our utility, water and aviation infrastructure.

We hope that Congress will take up and build upon the Trump administration's infrastructure proposal on a bipartisan basis to help America reclaim its infrastructure advantage over our global competitors.”

"The President has outlined a needed and thought-provoking proposal to rebuild and improve the nation's aging and over-burdened public infrastructure. The details of this proposal are important and many, including this association, will seek changes to further improve upon the President's concept. Yet the most significant aspect of today's release is that it signals the start of what should be a timely, bipartisan and bicameral process to identify the best ways to fund and finance desperately needed improvements to our public infrastructure.

"This process should build on the many positive aspects of the President's infrastructure proposal. These include increasing direct federal funding for public works by at least $200 billion over the next ten years; making improvements to the federal permitting process that maintain strong environmental protections while significantly accelerating project reviews; and finding innovative new ways to use federal funds to leverage additional state, local and private-sector funding for infrastructure.

"At the same time, as the President's own proposal makes clear, Congress must identify ways to address chronic funding shortfalls affecting the federal Highway Trust Fund that have put needed highway, bridge and transit improvements at risk too many times during the past decade. And Congress must also identify effective and long-term ways to fund other infrastructure improvements that are just as vital to our continued economic success as is the surface transportation program.

"Moving forward, this association will work vigorously to ensure Congress passes a significant, new, long-term infrastructure funding package as quickly as possible. Our goal will be to make sure every member of Congress appreciates that our economy will not be able to grow if we continue to allow our infrastructure to deteriorate."