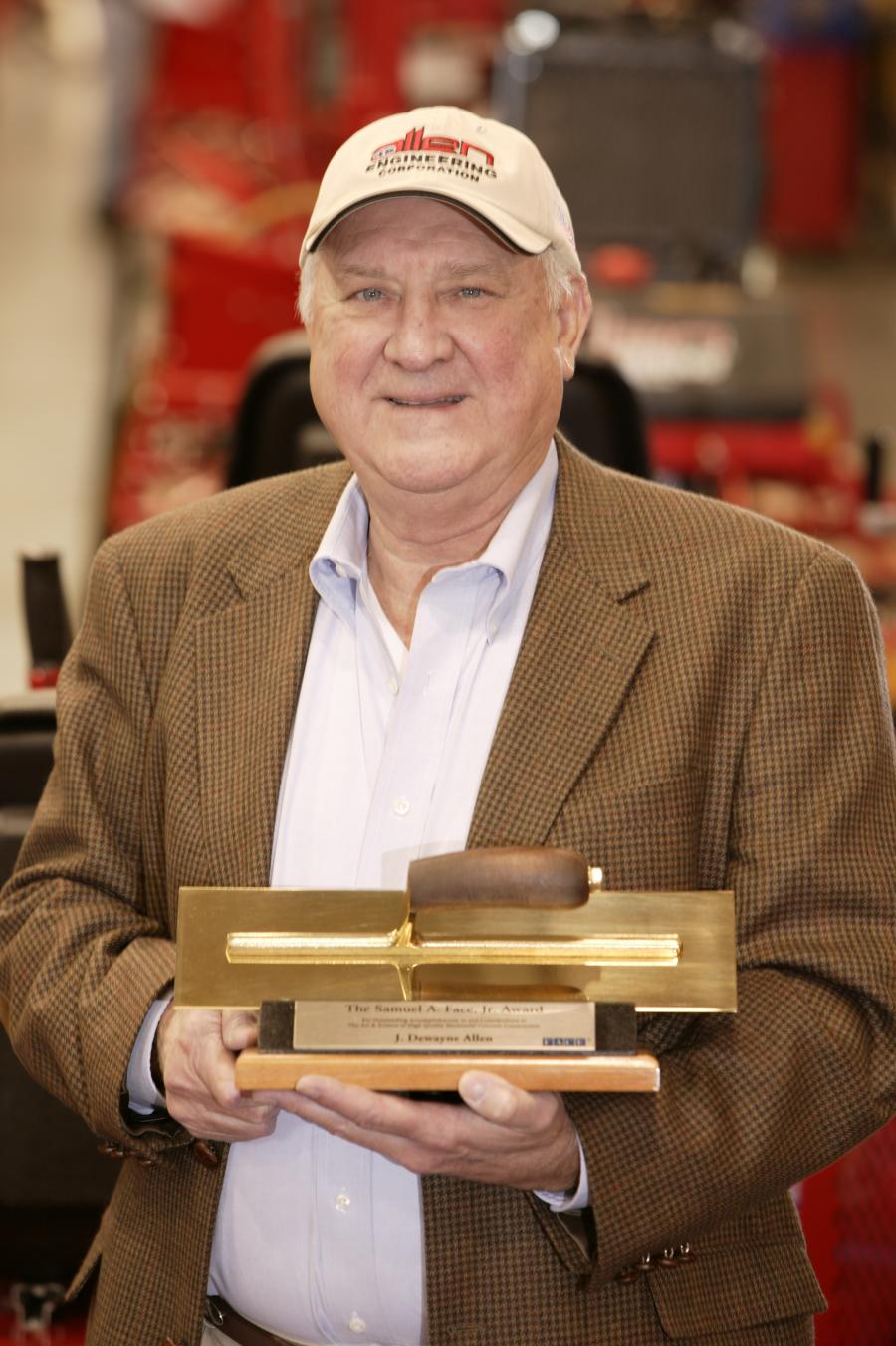 J. Dewayne Allen, CEO and chairman of Allen Engineering Corporation (AEC), passed away on Nov. 15, 2020. A civil engineer by education, Mr. Allen worked on the construction of Interstate highways in Missouri and Illinois in the late 50's and early 60's.

In 1964, Mr. Allen started Allen-Hardin Inc. which was a ready-mix concrete operation in his hometown of Piggott, Ark., with his wife, Mary Ann. This company grew and changed over the years to eventually become Allen Engineering Corporation after operating numerous plants in northeast Arkansas and southeast Missouri.

Mr. Allen was instrumental in the evolution of the flat and level concrete floors in the late 1980s and early 1990s. He was the first designer to put clip on float discs (pans) on ride on power trowels in the United States.

This combination of riding trowels equipped with float pans greatly improved the flatness of concrete floors as measured by F Numbers. These riders with pans along with laser guided concrete screeds revolutionized the construction of flat and level concrete floors in the USA and around the world.

Mr. Allen's contribution to the development of flat and level concrete floors was recognized with the prestigious Sam Face Golden Trowel Award.

Mr. Allen was an innovator and creator at heart. He was named on more than 100 U.S. Utility and Design patents over his years leading product development at AEC.

Mr. Allen was always challenging the status quo and looking for a better way to place, finish or pave concrete. He loved concrete as a building material and the concrete industry as a whole.

His passion was helping concrete contractors improve their craft with machines that made their jobs easier and their finished product better. He will be remembered by many as a teacher and mentor of contractors who today produce some of the best concrete floors and pavements in the world.

Mr. Allen is survived by his wife, Mary Ann; his two sons, Jay (Lesle) and John; and seven grandchildren.