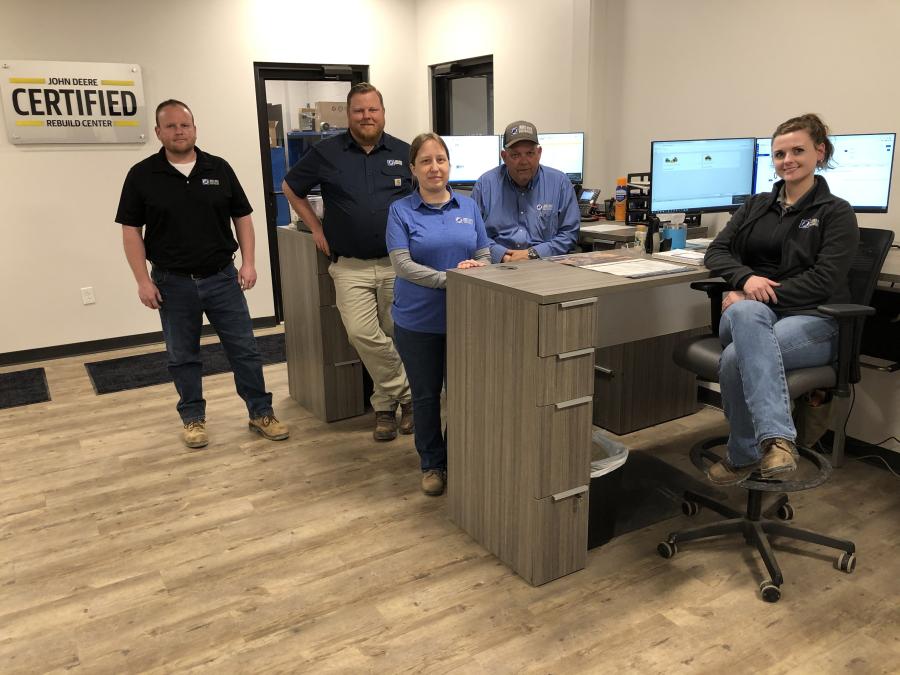 To serve its growing base of customers in the construction industry in eastern North Carolina, James River Equipment in January opened a hub facility in the southern suburbs of Raleigh. 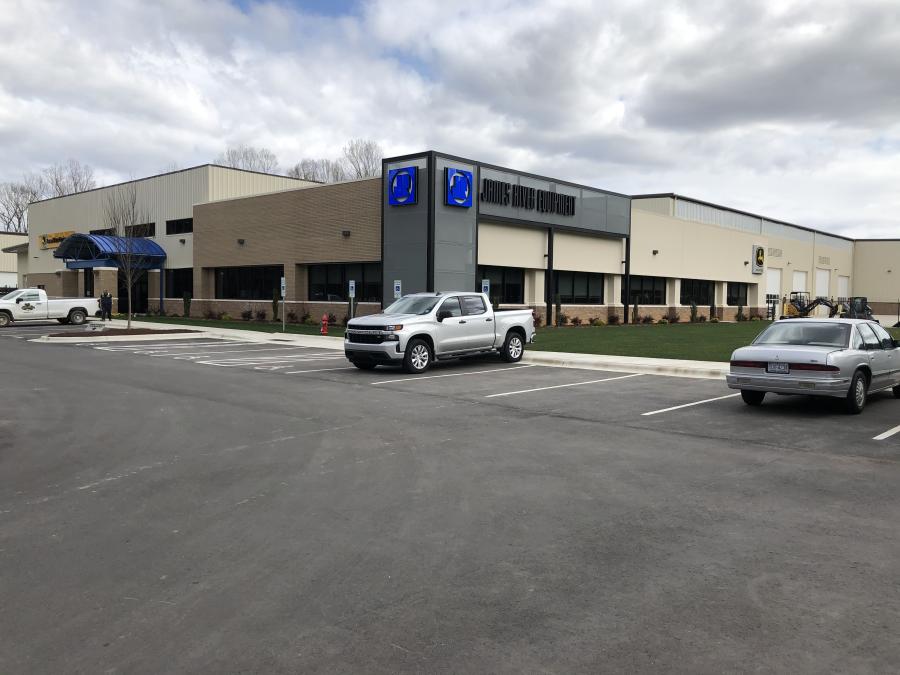 The approximately 60,000-sq.-ft., full-service dealership relocated to a larger 25½-acre piece of property in Garner from another part of the Raleigh metro area. Fully half of the facility's space is devoted to its service bays, while another 15,000 sq. ft. makes up the branch's parts warehouse.

There also is a larger showroom area for James River's various products, headed by John Deere construction equipment. In fact, James River has been the manufacturer's top dealer in North Carolina and Virginia for more than 40 years.

Through that association, the new Raleigh location of James River also has been designated by the equipment maker as a John Deere Certified Rebuild Center with skilled technicians trained in the use of tooling and processes to ensure that each machine rebuild is done efficiently and professionally.

James River Equipment in Raleigh and each of its other eastern North Carolina branches prides itself in being a partner with the regional community of contractors and builders. The different segments it caters to include construction, forestry, paving, utilities and grading.

Building a new James River Equipment location in Raleigh was not just about creating more elbow room for customers, salespeople, parts people and technicians, said Brian Dillenback, general manager of the facility. It also was done, he said, to better move parts and equipment between the campus and other James River facilities to the east and south in Fayetteville, Wilmington, New Bern, Greenville, Ahoskie and Elizabeth City.

Those branches, too, have received significant upgrades to their physical structures and service capabilities, he added.

The Raleigh location's designation as a hub for James River parts and equipment is bolstered by the facility being just off Interstate 40 and U.S. Highway 64 East, both of which also lead to I-95. All three are the major routes across the eastern and coastal part of the Tarheel State.

"The biggest advantage for us is that it is a better location for inbound shipping and receiving," Dillenback said. "Just the sheer volume of trucks that we received daily at our old location was not conducive to that kind of traffic. The local highway system here, which intersects near us, and the trajectory of growth in the region are key for this company."

Jesse Pfohl, the James River sales manager of North Carolina, acknowledged that the lingering presence of COVID-19 did not allow for a proper open house event for the new Raleigh facility where customers could have toured the dealership and asked questions about its capabilities. But, he said, he and his staff have conducted many individual walk-throughs of the new hub. 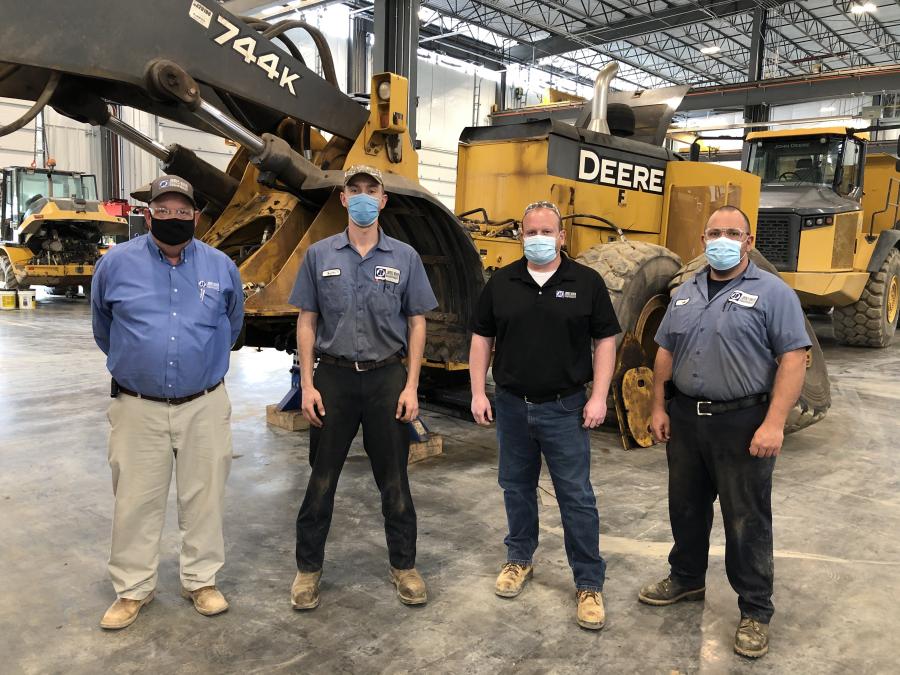 "I think that we have had at least half of our key customers through here and they have been very impressed both with the expansions and seeing the amount of inventory we are carrying, from small equipment up to the largest products that we represent," he said. "They have also seen the dramatic increase in the parts stock in our rather large warehouse. In addition, we have a new grade control demonstration area that is outfitted with technology for Trimble and Topcon offerings. We can take equipment to the demo area, whether it is a simple skid steer or a John Deere Smart Grade excavator, to demonstrate to potential customers."

He said James River's Raleigh customers also have a deep appreciation for the investments the company is making to support the high-tech components that are becoming standard on today's construction equipment. But, Pfohl added, selling them these products is one thing — meeting their higher expectations in supporting the technology is much greater.

The dealership, though, is up to that challenge, he said

"When we give customers a tour, they see that we are geared up, able and ready to support these high-tech products after the sale," Pfohl said. "They also understand that we are invested for the long haul."

Dillenback echoed those sentiments, while adding, "The industry is rapidly changing, and our manufacturers are pushing for higher technology in relationship with that customer base so that they can realize the cost savings that come along with the advances. From our standpoint, having a trained group of people who can impact and influence customers positively is key to expansion."

Both Dillenback and Pfohl regard the parts and service managers at Raleigh's James River dealership as being talented professionals who each love the new, modern facility.

"Allen Foster, our parts manager, would certainly tell you that he can stock more critical components than he ever has before," Dillenback said. "The fact that Raleigh's location acts as a hub for eastern North Carolina is also a huge plus for his department. Having a facility here with a central warehouse is most beneficial as we run a truck daily between all our locations and Raleigh."

"On the facility side, our service manager, Sean Betts, is thrilled that we have moved into a state-of-the-art building," said Pfohl. "A major component of that are the internal investments that we have made in technology in the shop in how we handle orders and how they are tied in to work orders, and the capacity that we have there both in terms of volume and technology, with welding, machining and a complete track shop and cylinder shop."

With the expanded room for service, Dillenback said more than 20 diverse kinds of machines could be worked on simultaneously in its new service bays, a few of which utilize 10-ton overhead cranes.

But the most newsworthy service that the Raleigh branch of James River now offers comes as a result of its recent recognition as a John Deere Certified Rebuild Center. That means James River's technicians are specifically trained to perform second life rebuilds on the larger John Deere production-class machines used by the dealer's customers.

Pfohl said John Deere introduced its concept a couple of years ago and began awarding dealers the recognition late last year. But, he added, James River Equipment has itself been doing rebuilds for more than 20 years. 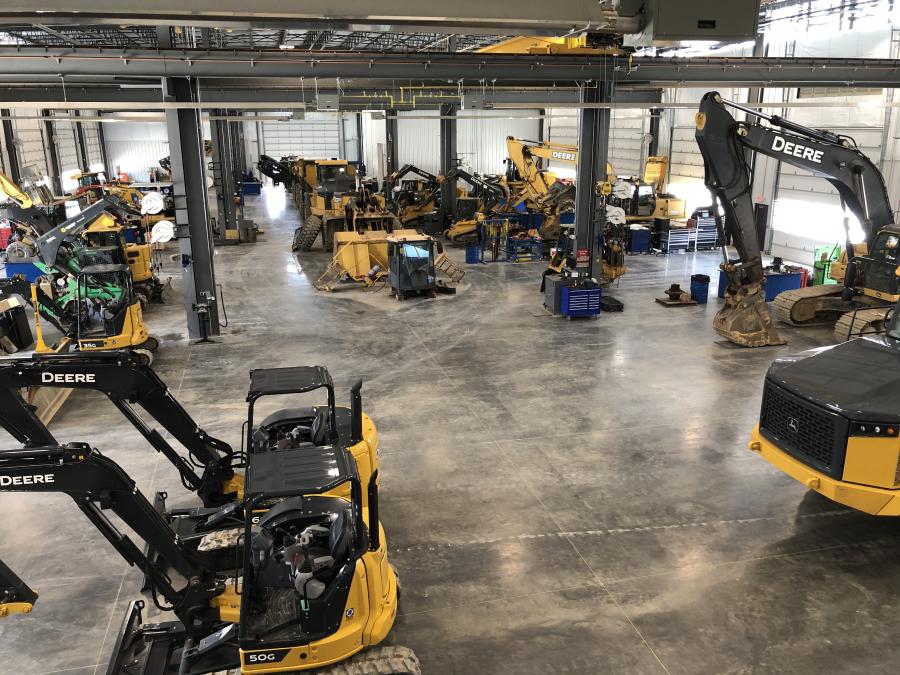 "John Deere would look at qualifying dealerships and say ‘OK, here are the parameters for you to meet to call yourself a Certified Rebuild Center so that we can offer the factory back warranty on rebuilt machines,'" he said. "James River played a part in helping John Deere define what should be a customer's expectations as far as facilities and technicians are concerned for the rebuild centers."

Dillenback said the bigger John Deere models typically qualify for rebuilds because of the price point involved. Getting a re-life performed rather than buying a new machine of similar capabilities can save a contractor anywhere from one-third to one-half the cost.

"The cost-benefit analysis must work versus what you are going to get in return for a machine that you may just opt to trade in and replace with a new one," he said. "You can drive a lower cost per hour based on life cycle if you can run that machine for more hours on your additional investment, have it on a good maintenance program and do the certified rebuild process."

That Certified Rebuild program can include a multitude of upgrades, depending on the equipment, its size, its brand and the expectations of the customer, according to Pfohl.

For instance, a piece of heavy equipment can simply get a minimal refresh in the off season, whether it's a cleaning and a pressure wash for a John Deere wheel loader, or it can be given an extensive secondary re-life.

"As an example, a John Deere 944 mid-size wheel loader could need a second or third life rebuild where the machine is taken down to the frame, inspected, repaired, get its harnesses and hoses replaced, along with its major components," he said "‘Certified' in the eyes of John Deere means that we have a trained certified technician performing the inspections, performing the repairs and replacements and after completion the piece returns to service with an extended factory warranty." 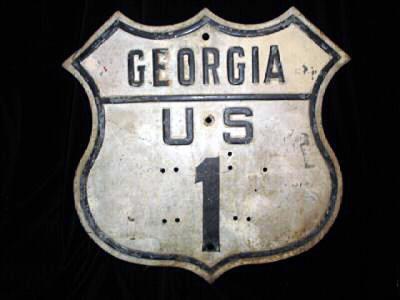 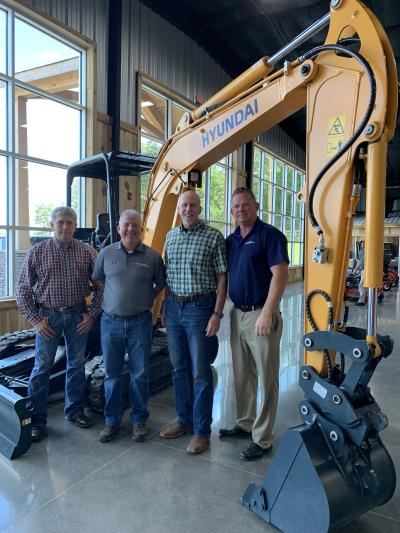