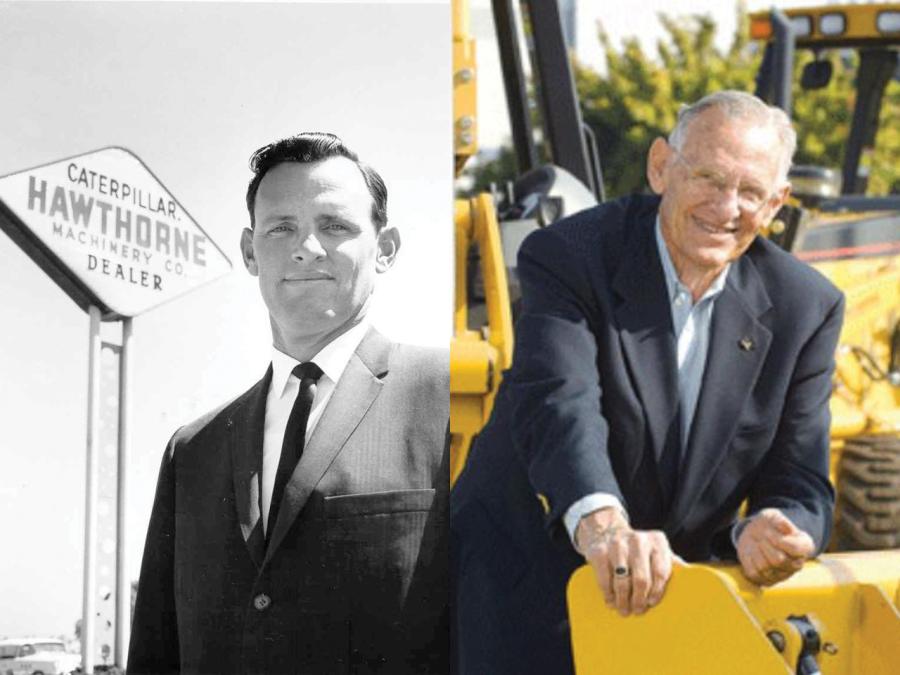 Hawthorne Cat, the exclusive Cat equipment dealer in San Diego, the Hawaiian Islands and the Pacific Region, has announced the passing of James Thomas "Tom" Hawthorne on March 10, 2022, at the age of 93.

Along with his father, J.B. Hawthorne, Tom Hawthorne founded Hawthorne Machinery Co. in 1956. He led the company as its CEO for the next 50 years. Mr. Hawthorne was always looking for new business opportunities and ways to grow and improve the company. He believed that helping a customer succeed in growing his own business should be the number one goal. He was recognized as an icon in the construction markets and a pioneer in the short-term equipment rental business (Hawthorne Rentals). He also was one of the first Cat dealers to establish a separate and dedicated Power Systems business unit (Hawthorne Power Systems).

Hawthorne Cat is in its third and fourth generation of leadership with Hawthorne's son-in-law, Tee Ness, as chairman and grandson, Dave Ness, president/CEO. Mr. Hawthorne's legacy of a commitment to excellence lives on through programs such as the Tom Hawthorne Diesel Technology Center at Miramar College, which grants scholarships to students earning their degree in diesel technology and the Hawthorne Veteran and Family Resource Center sponsored by Interfaith Community Services designed to help homeless veterans stabilize their lives. In his retirement, Mr. Hawthorne started a new company called Tool Shed Equipment Rental & Sales with his brothers Paul, Jack and Gary Hawthorne.