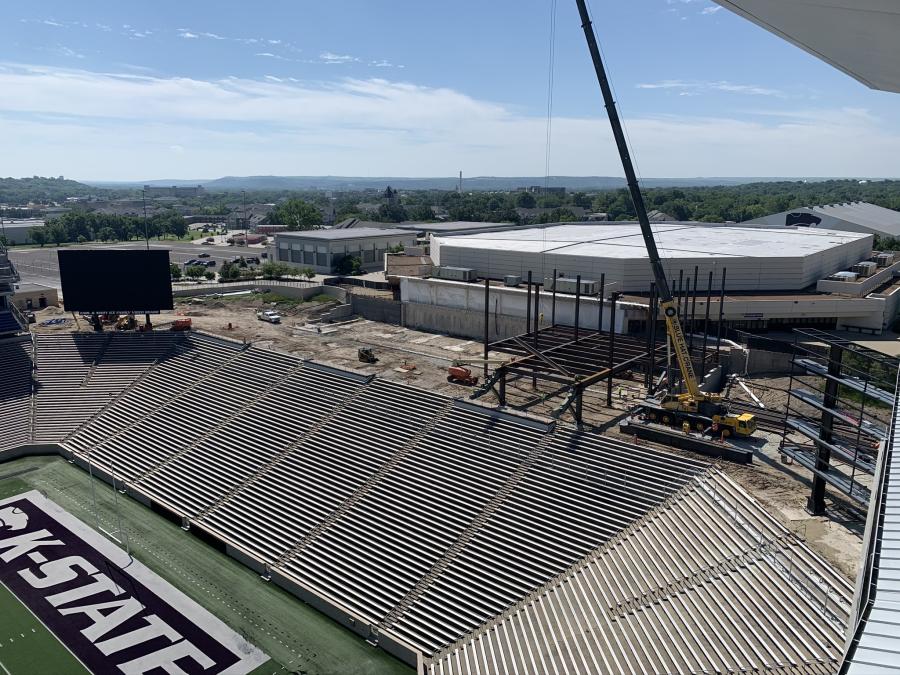 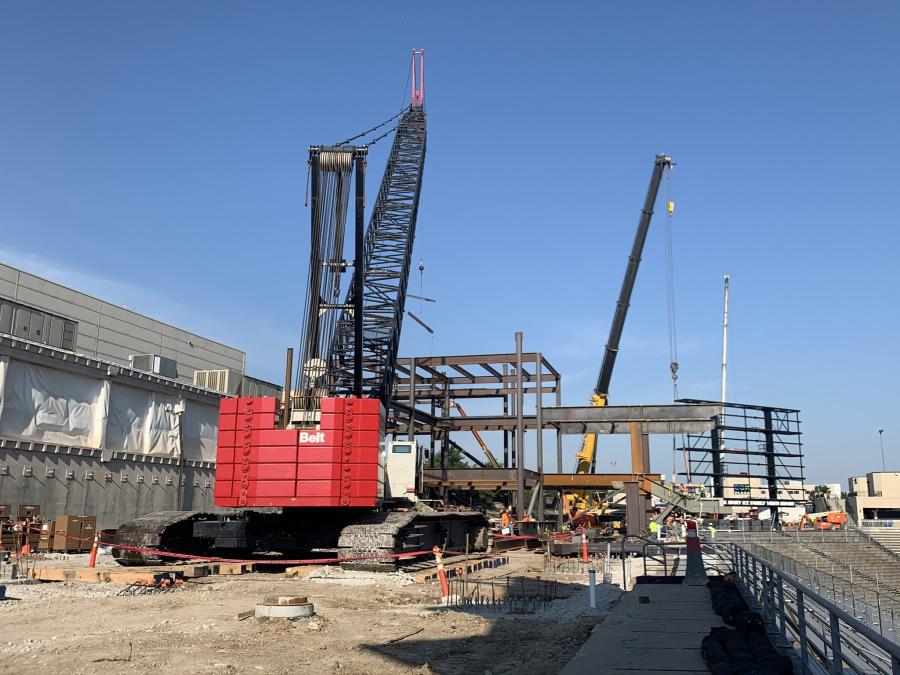 The project will tie into the north end of the Bramlage Coliseum, home to the K-State basketball team, and will provide a completely covered walkway area in the south concourse and, for the first in the history of the stadium, permanent concessions and restrooms in the south concourse. Two new video boards were added to the southwest and southeast corners, a ribbon board was added across the club level, along with a high-point sound system at the top of the Shamrock Zone.

JE Dunn Construction crews are preparing for the second phase of this project that begins this spring. This will include two new entries at the northwest and northeast side of Bramlage that will give guests concourse access to both the south end zone and Bramlage Coliseum; replacement of 14 rooftop air conditioning units along with downstream equipment and controls; a new roof; and a new tiered terrace on the inside of the arena of Bramlage Coliseum.

"Initially we were studying the impact of picking the rooftop units [RTUs] with a helicopter due to the logistical challenges and the location of the units, but as design progressed, it was determined a large crane would need to be utilized. The RTUs are located on four different sides of the facility. Since the units were positioned 30 years ago, new facilities have been placed around Bramlage creating access issues to the units. We have already replaced three of the 14 as part of the south end project."

The crane was chosen over the helicopter because the units — the heaviest weighing 17,100 lbs. and most weighing about 12,000 lbs. — could not be removed and replaced in the same day. The operational expense of multiple mobilizations of a helicopter outweighed the pros of a quick turn-around due to existing conditions revealed as design progressed.

"Once the option to replace the RTUs were priced and units selected, the weight of the new units could not be supported by the existing structure due to the existing concrete curbs and the weight of the new units," said Jeremy Niederwerder, senior associate athletics director of facilities and capital projects. "We learned we now have to move existing concrete curbs and replace them with a lightweight option such as an aluminum curb."

The project also will see the current Legend's Room replaced with a 13,500-sq.-ft. club space — 7times larger than the existing — to be accessed from the concourse at Bramlage or by using the newly created vertical circulations on the west and east sides of the space. Plans for the space include 318 club seats, 10 suites and 10 loge boxes. The project is being driven by fan's needs.

"It's the involvement and revenue generation for football," Niederwerder said. "We had a dynamic need for premium seating, which included club seats, loge boxes and suites." 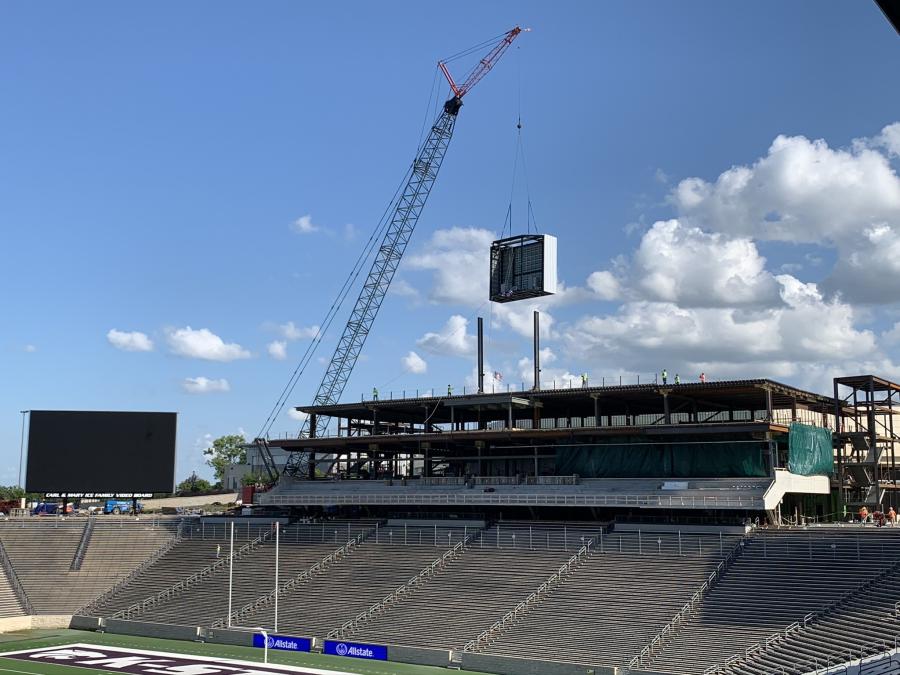 Other improvements in the Bramlage Coliseum include extending doors and walls at the northeast and northwest entrances, adding 4,500 sq. ft. of new concourse space, a new dining terrace on the north end of seating overlooking the basketball court, as well as cosmetic enhancements including limestone walls on the concourse.

The grand opening of the Shamrock Zone is slated for September 2021.

Some fun facts from K-State for the new SEZ building, "which our team affectionately refers to as the most complicated little building we have ever worked on."