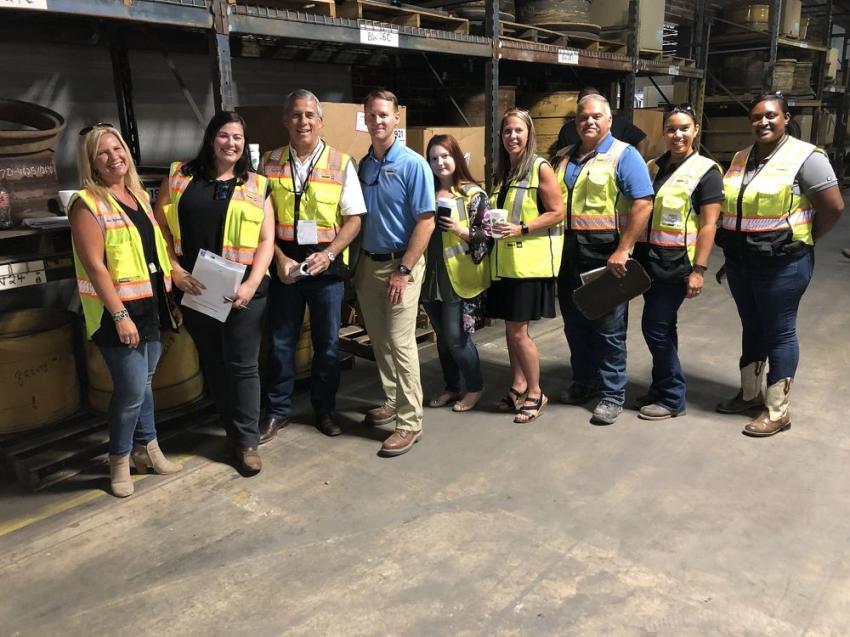 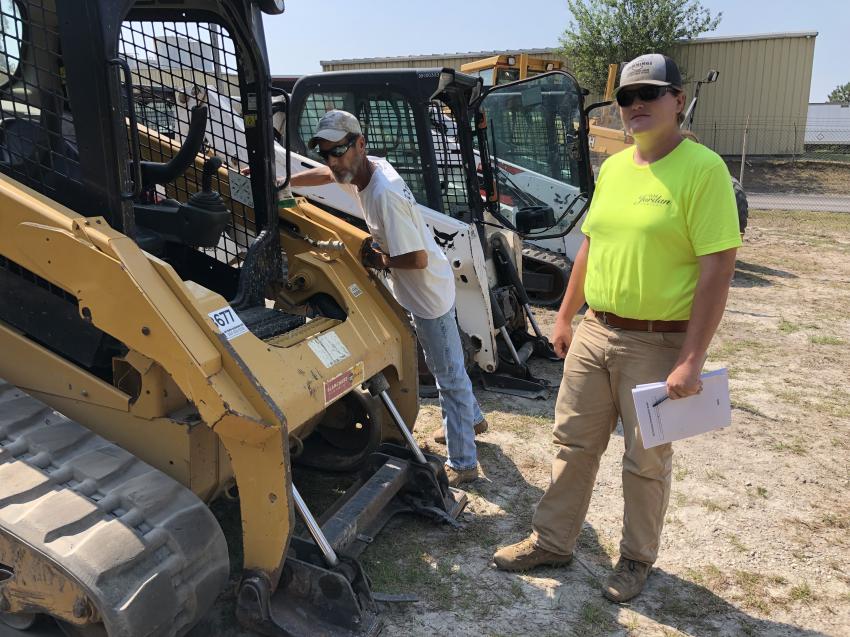 Jack and Jesse Anderson of Anderson & Associates Land Surveyors in Columbia, S.C., were interested in the compact track loaders. 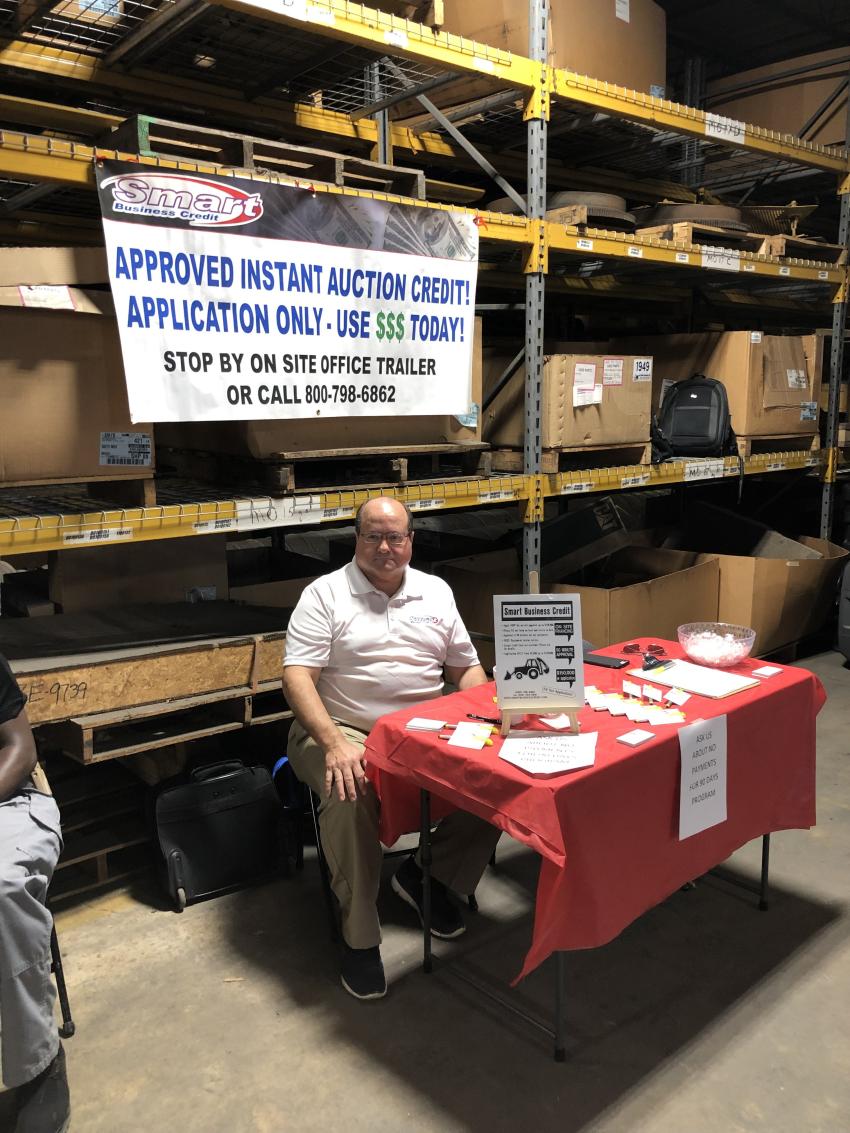 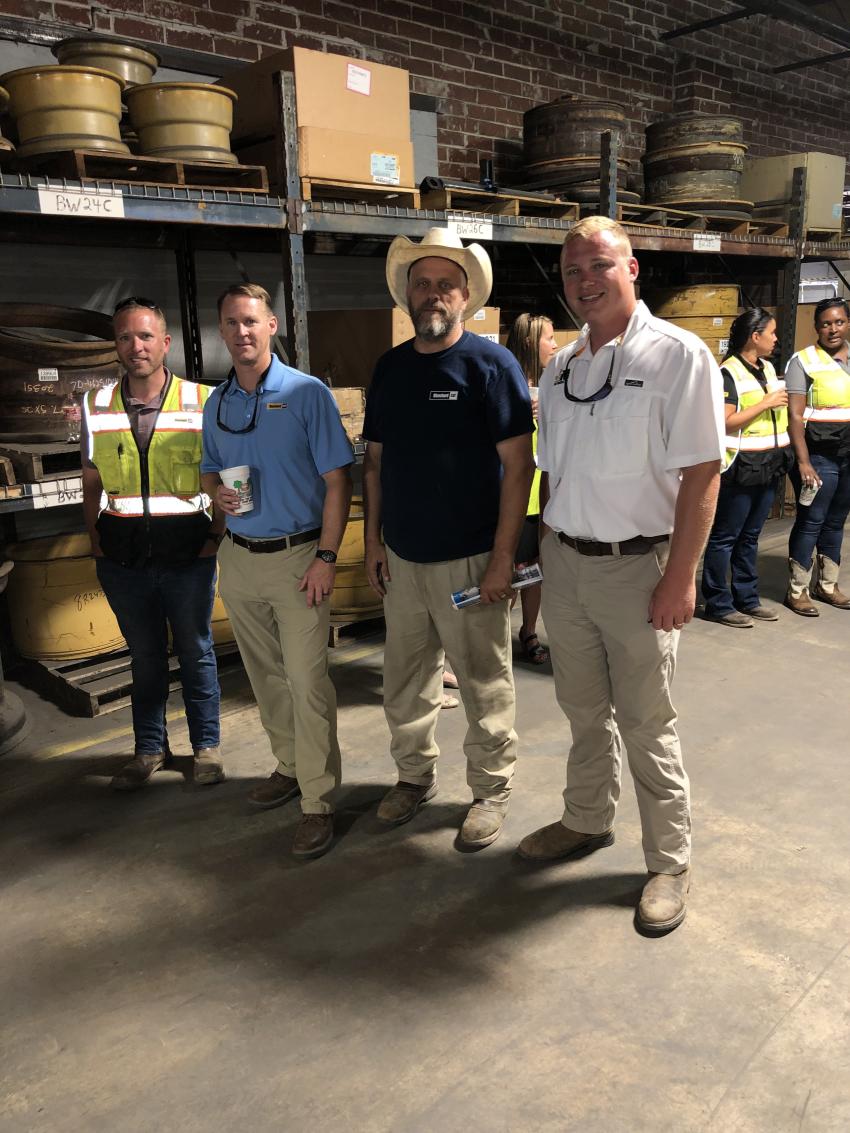 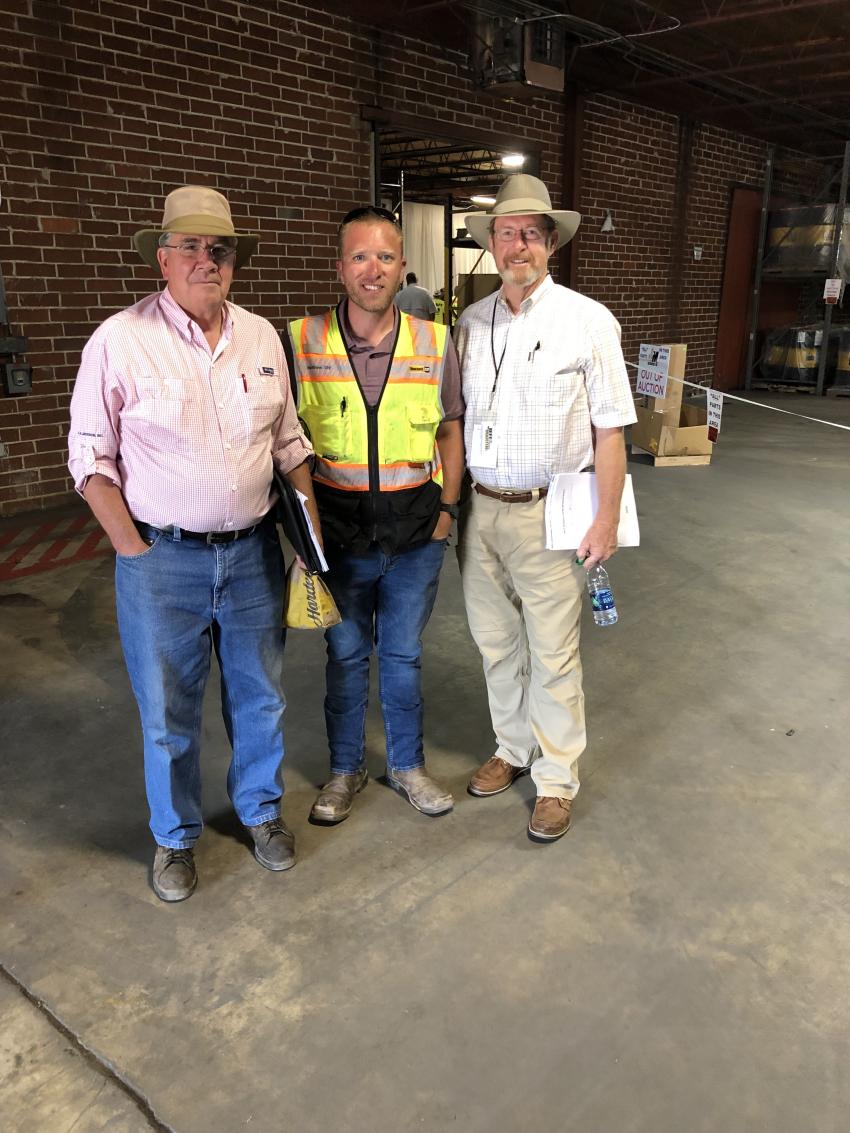 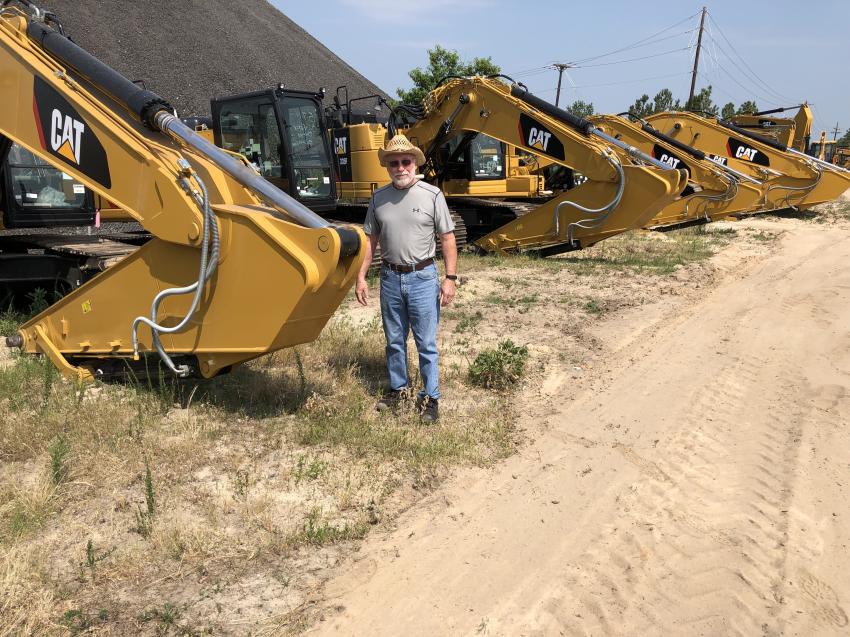 Art Young of Thompson Machinery in Nashville, Tenn., was looking over the Cat excavators. 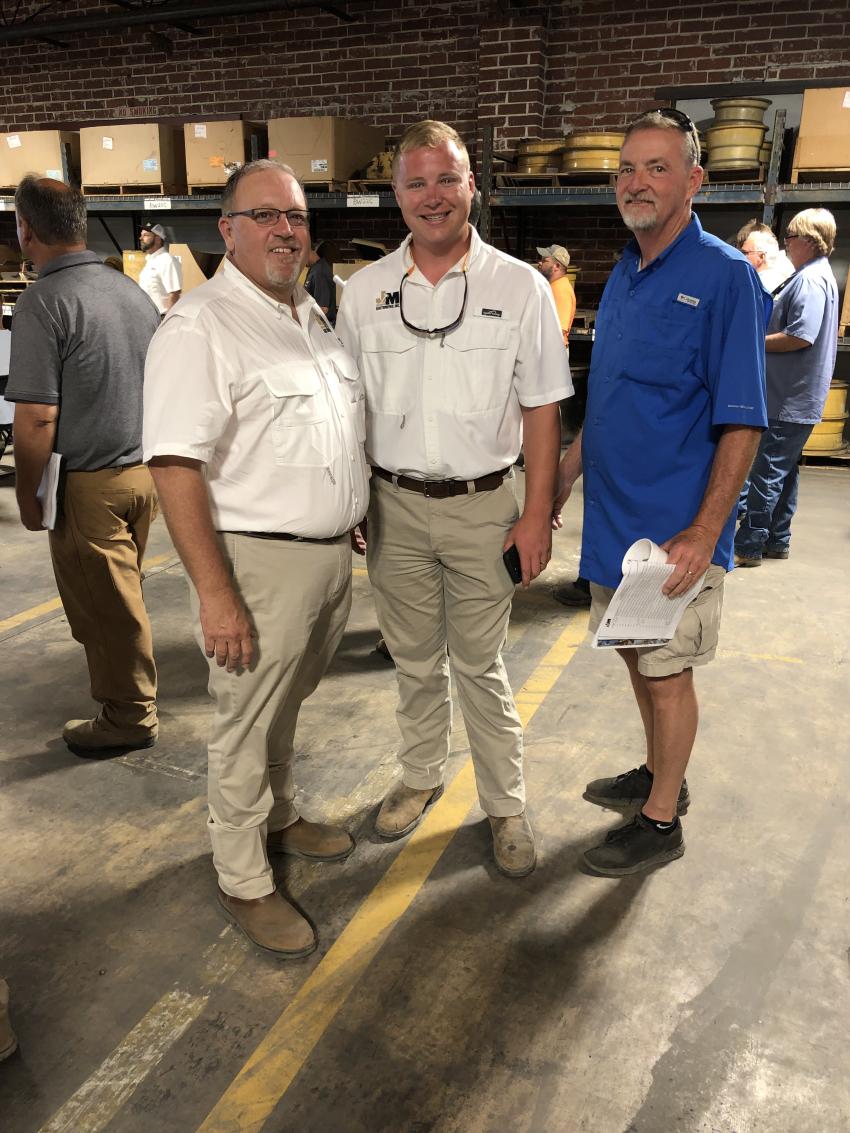 (L-R) are Jeff Martin and Colin Thain, both of Jeff Martin Auctioneers, and Rick Thain of Southern Quality Truck & Equipment in Lexington, S.C. 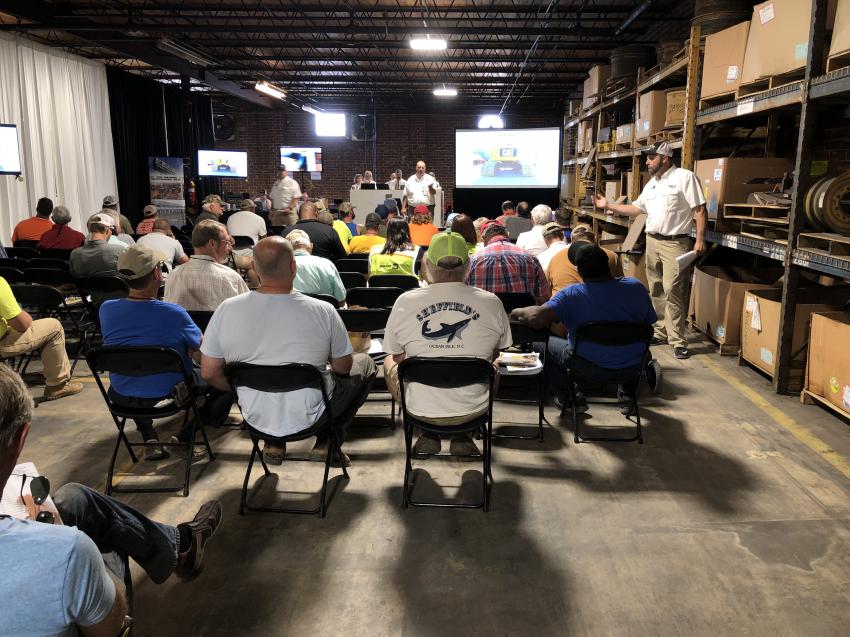 With temperatures in the high 90s outside, the bidders were kept cool inside. The items up for bid were shown on large monitors. 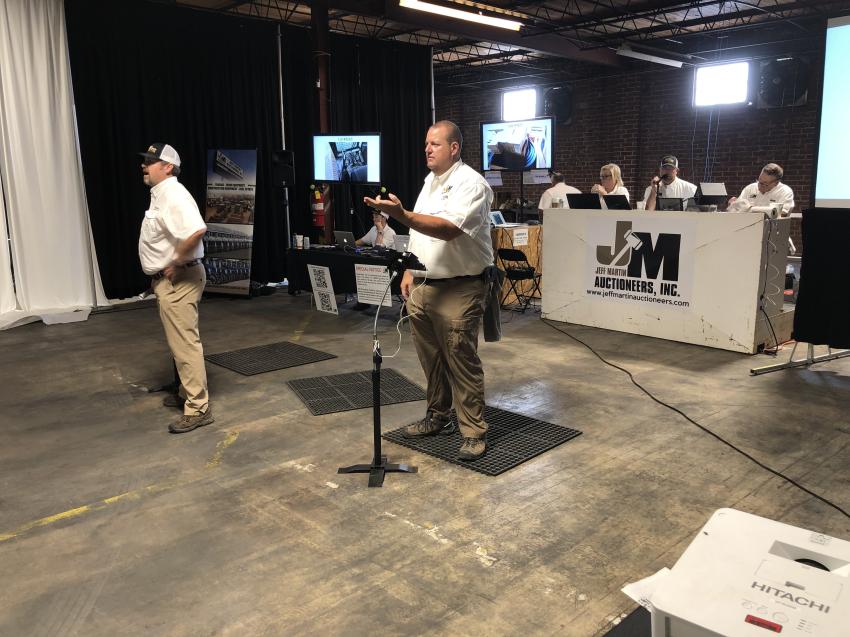 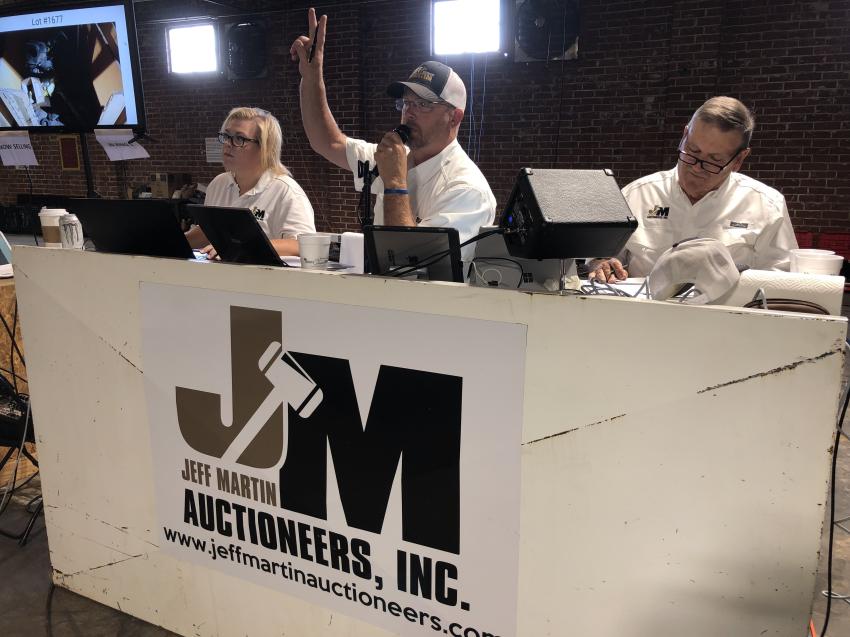 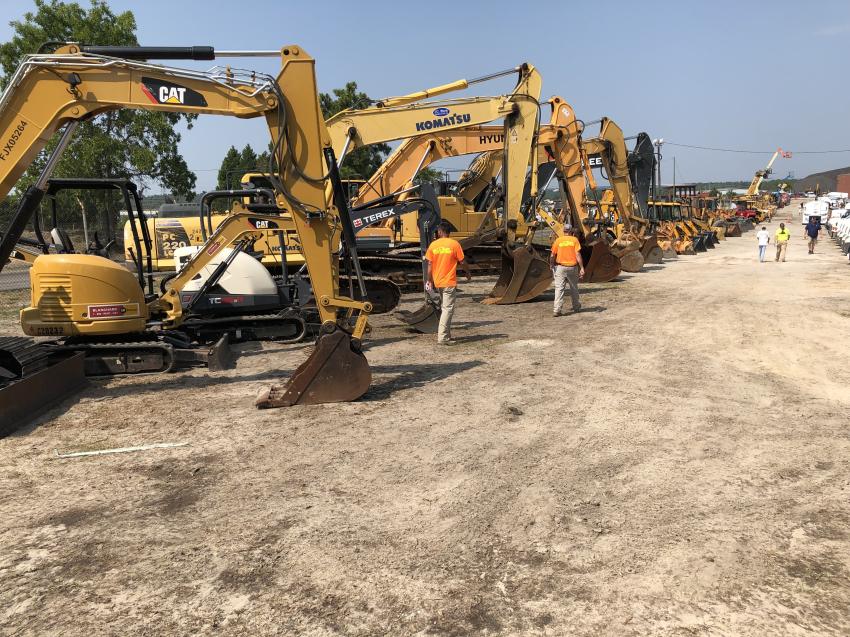 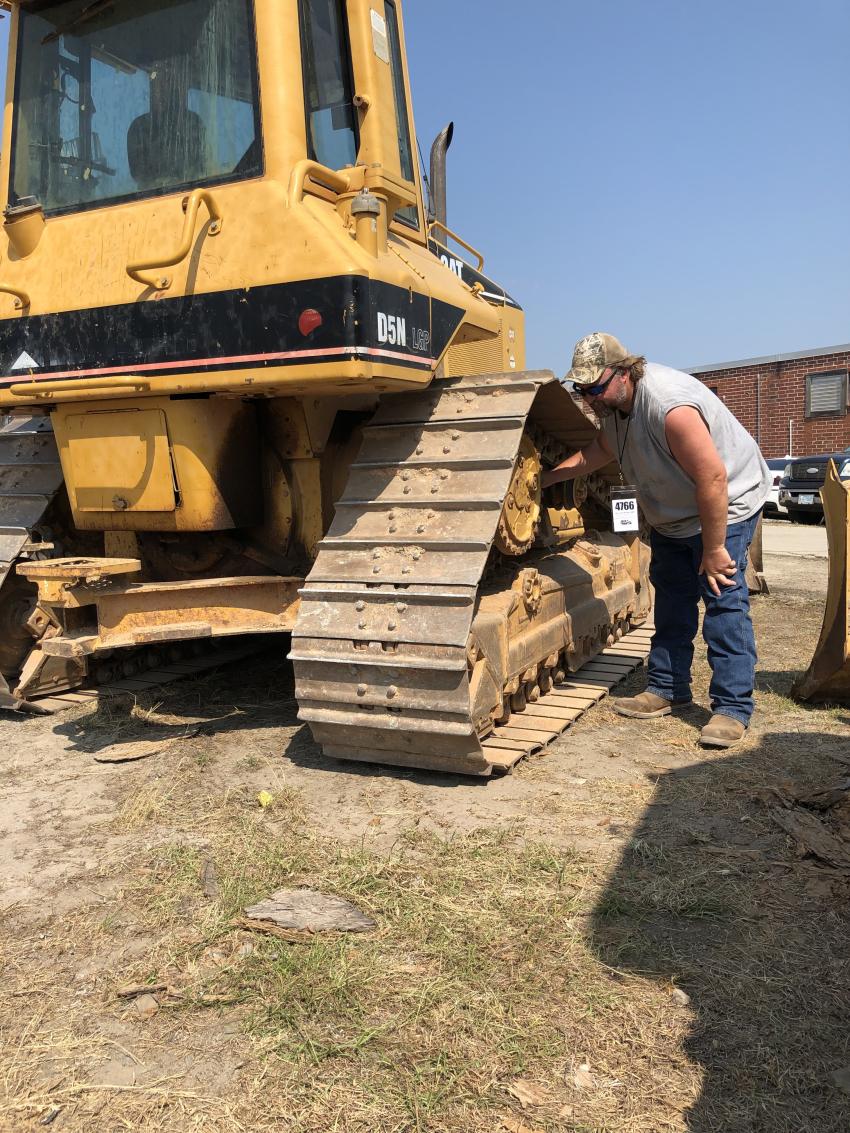 Scott Livingston of Twin Oaks Land Clearing in Cross Hill, S.C., is just starting his business and was looking for dozers and excavators. Here Scott is inspecting the undercarriage wear on this Cat D5N LGP. 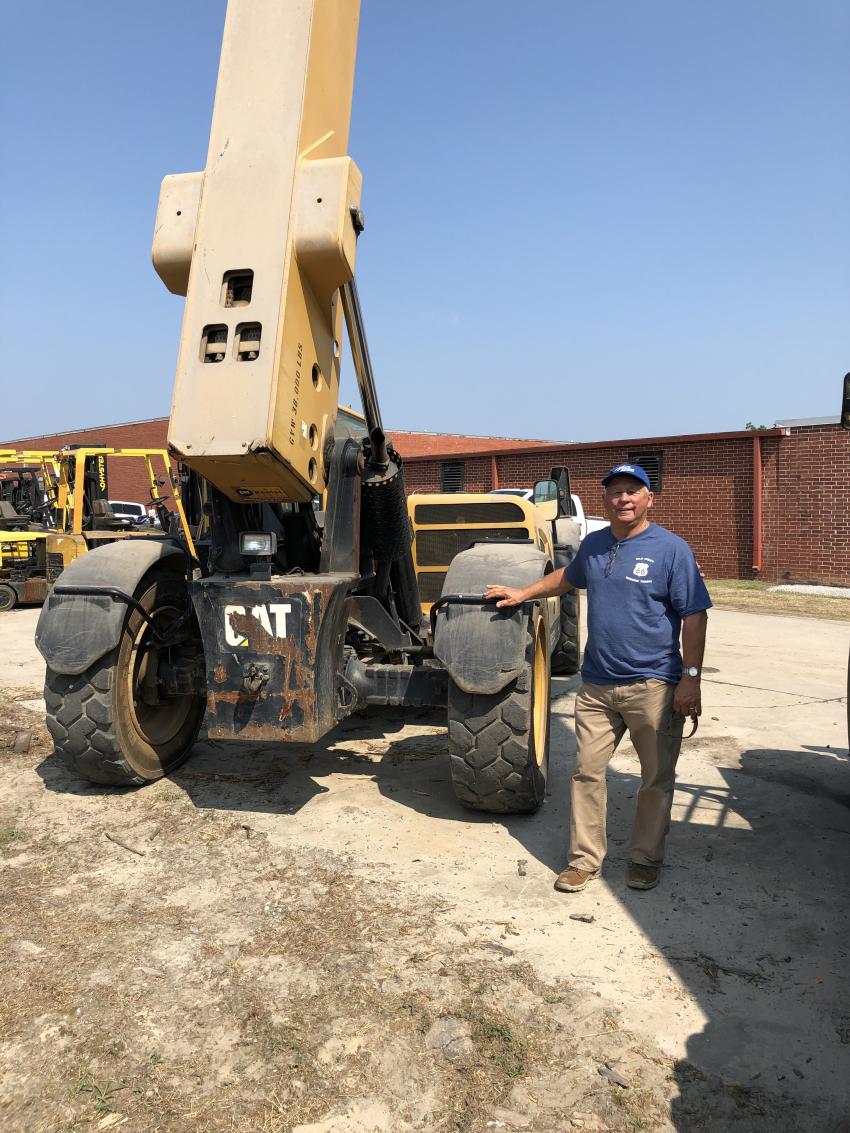 Ted Hoover of Hoover Building Systems in Lexington, S.C., was interested in the Cat telehandlers being offered. 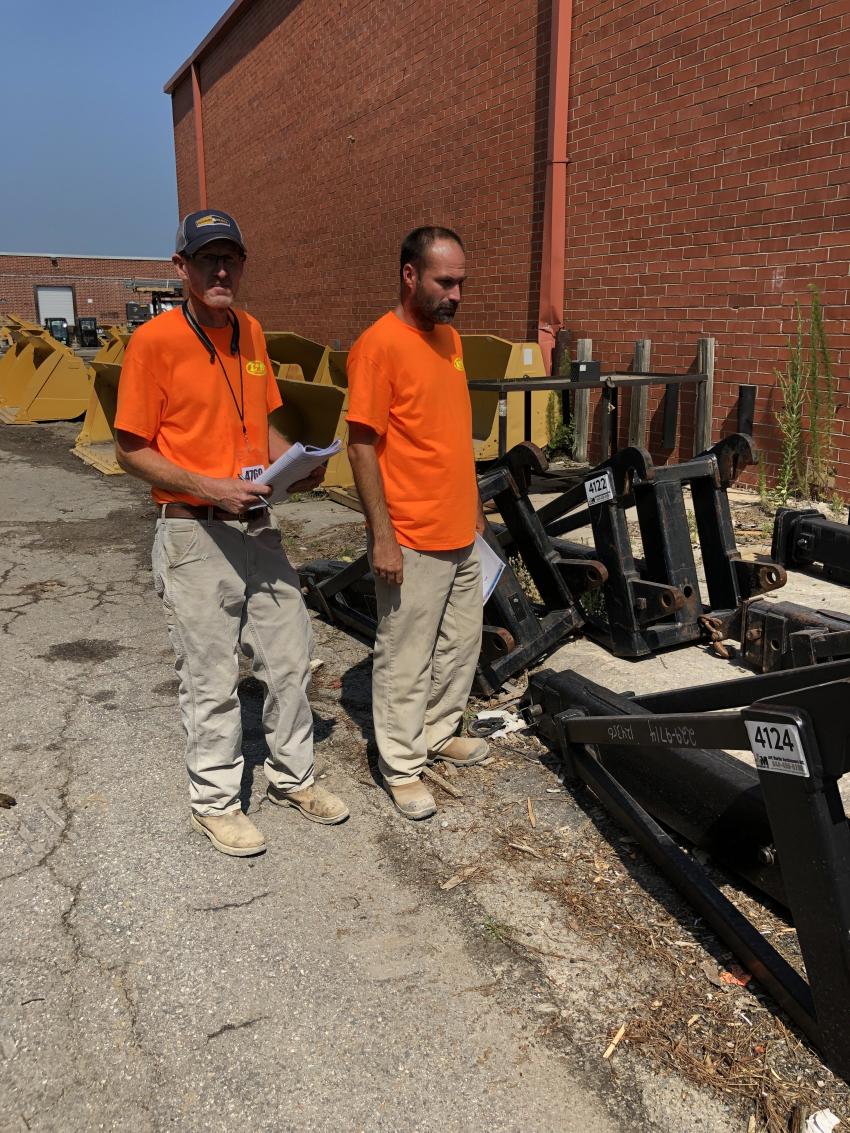 Looking over the buckets and attachments are Bryan Knight and Herbert Smith of L&B Developers in Lake City, S.C. 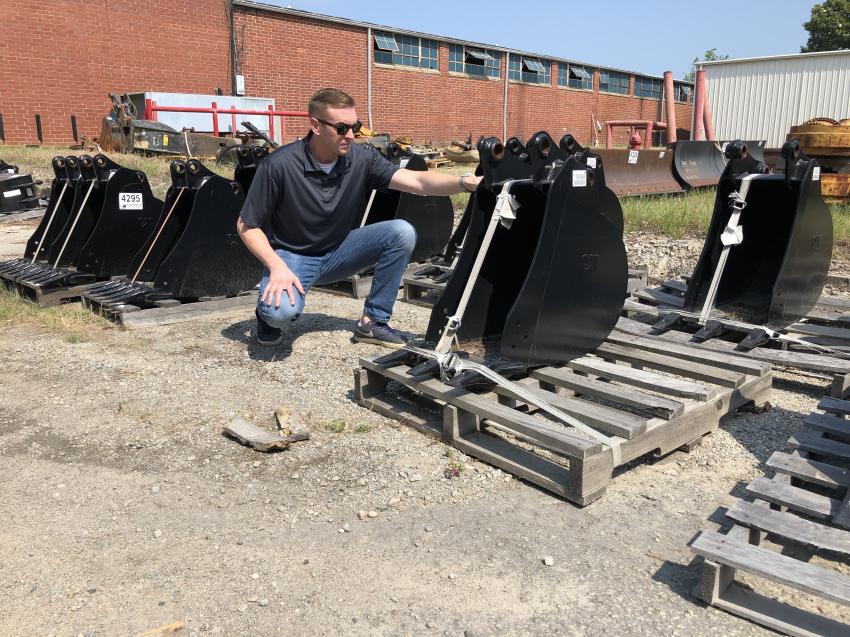 Nate Trout of Trout Grading in Columbia, S.C., was in the market for a few buckets and an excavator.