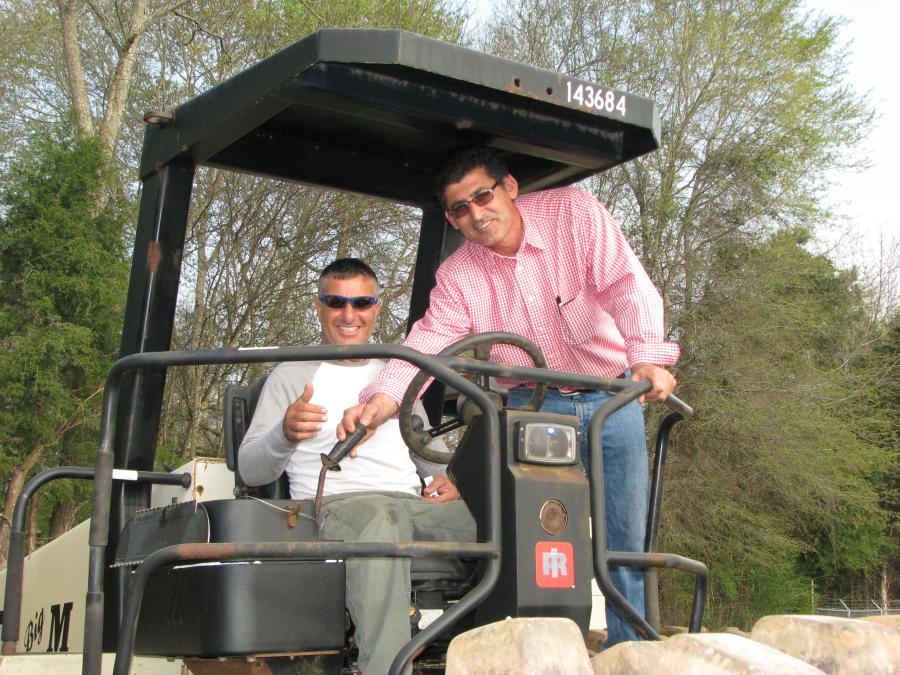 A couple of regulars on the southeast auction circuit test the vibratory feature on some of the asphalt rollers up for bid.

JM Wood Auction Company Inc. held its largest auction to date during the company's recent four-day construction equipment, truck, agricultural and forestry machine auction at its headquarters facility in Montgomery, Ala., from March 15 to 18.

“This was the largest auction in our company's 43-year history,” said Bryant Wood, company president. “It means a lot to us that over 600 sellers trusted us to sell their equipment and trucks in this auction. Equipment prices were strong all four days, and we had record crowd on hand”

J.M. Wood's next auction will be an onsite auction April 15 to 16 for the Alabama DOT, and then back at the Montgomery facility on June 7 to 9.