The 52-year-old bridges are in poor condition and in need of critical structural and design updates. 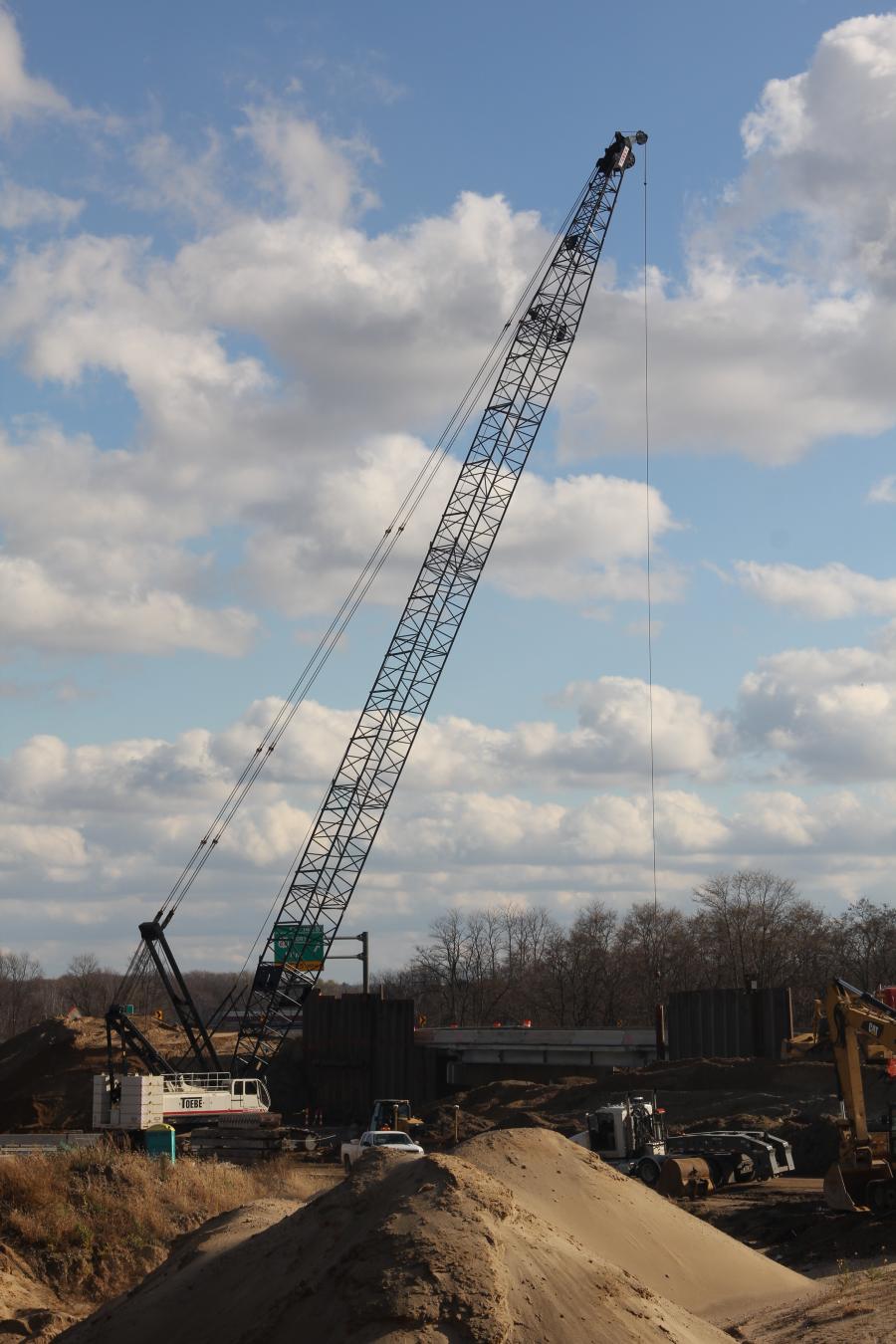 The Michigan Department of Transportation (MDOT) is in the midst of a two-year, $77 million project to address deteriorated bridge conditions and increased congestion along Interstate 96 at the U.S. Highway 23 interchange in Livingston County.

In an effort to minimize disruptions to commuter traffic during reconstruction, MDOT chose to add two new travel sections down the center of the current I-96 eastbound/westbound route without demolishing the existing roadway ingress/egress ramps and bridge work. The new lanes will create a direct expressway over U.S.-23 and Old U.S.-23. After construction of the new interstate section, the existing I-96 roadway will be turned into collector-distributor lanes for easier and safer lane changes for ramp traffic, and the existing bridges will receive a much needed structural facelift.

This method for addressing the necessary upgrades at the interchanges requires new bridges over both highways. “We are constructing six new bridges first and then reconstructing seven existing bridges to repair damage and bring them up to current standards,” said Josh Goldsworthy, project manager of Toebe Construction LLC.

“Terex HC crawler cranes are perfect for road and bridge construction projects,” said Vince Voetberg, Michigan sales representative of Jeffers Crane Service Inc., a member of the ALL Family of Companies, a Terex Cranes equipment distributor. “They have the rugged design necessary to stand up to demanding jobs, and they offer high lift capacities for beam placement.” Goldsworthy said, “Plus, we are able to get them to the job site quickly and have them set up and ready for work in about a day.”

To safely place the beams, every lift detail had to be meticulously planned, not only because of the beam's size and weight but also because of time restrictions. “MDOT shut down the highways during beam placement, so the lifts took place at night and crews had a limited number of hours for which to work,” said Kevin Boyd, sales representative of Jeffers Crane Service Inc.

Given the beams' size and weight, coupled with the lift's complexity, Toebe consulted both Jeffers and Terex for capacity verification throughout the lift. “We provided Toebe with customized, 1-ft. (.3 m) increment load charts specifically for this pick and crane configuration,” said Dave Kuhlman, national accounts manager of Terex.

“Terex and Jeffers have been very responsive to support our needs, both on this lift project and when we encounter unique lift situations like this, where we need additional information,” Goldsworthy added.

With all the details in place and preparations completed, Toebe's crew was ready for beam placement. With the highway lanes closed, the crew members, using the HC 230 and HC 275 cranes, proceeded with the tandem lifts to place the beams on the piers. “The erection went as smooth as silk, and everything went off without a hitch,” said Goldsworthy.

“Even with full counterweight and the system's maximum 270-ft. boom,” said Kuhlman, “the HC 165 can be moved in just eight truckloads.” To shorten onsite set up, the crane self-rigs and can lift its entire counterweight stack into position in a single operation.

Having the right equipment, coupled with the continued support from Jeffers and Terex, is helping to keep Toebe on schedule for the I-96/U.S.-23 interchange project. If everything continues to go as planned, the 96,000-plus commuters traveling along I-96 will have a much more modern, less congested and safer roadway in which to drive starting this fall.

For more information about the ALL Family of Companies, visit www.allcrane.com.