Brannon Turbeville’s ability to find lucrative work through business networking, coupled with his fierce work ethic, has made him one of South Carolina’s top up-and-coming young contractors. 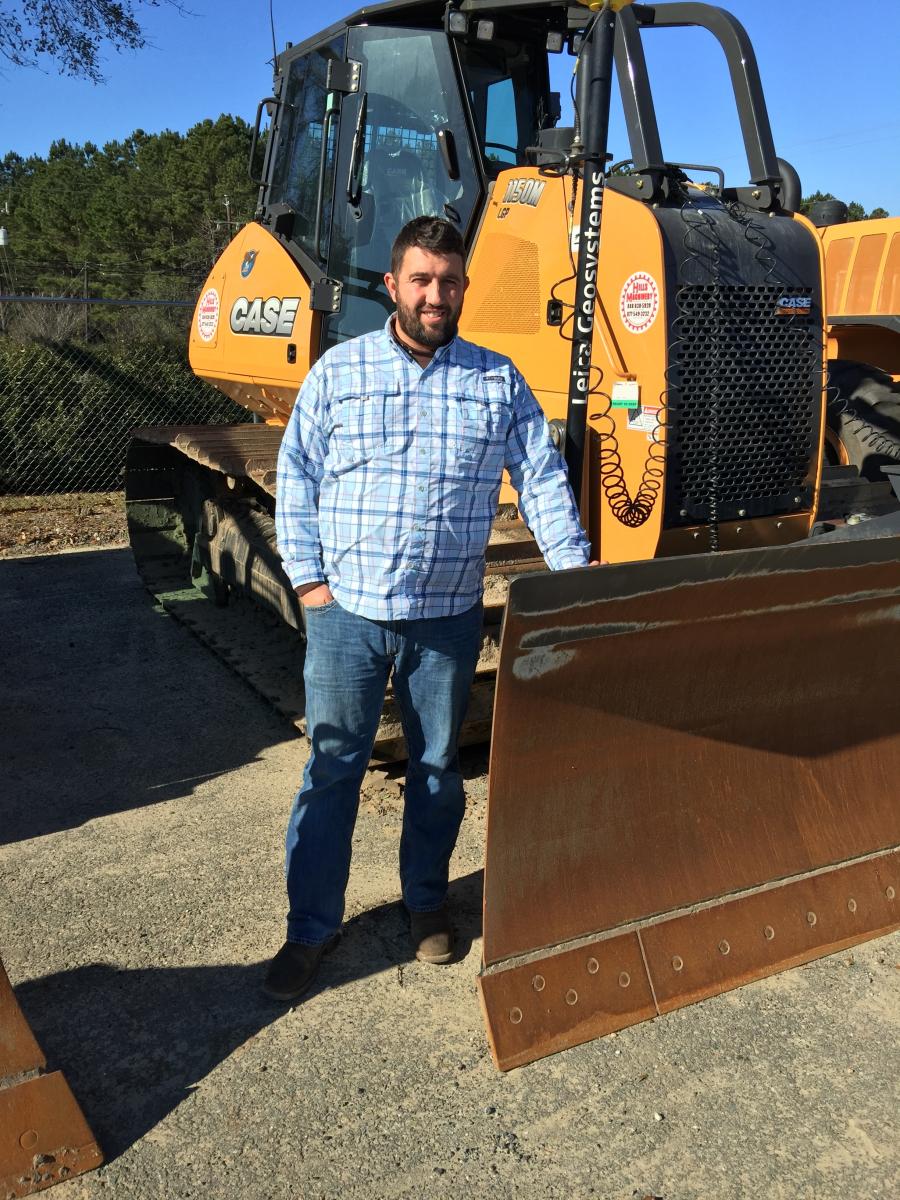 Brannon Turbeville's ability to find lucrative work through business networking, coupled with his fierce work ethic, has made him one of South Carolina's top up-and-coming young contractors.

Turbeville operates Palmetto Brush Control LLC in Florence, a company that started modestly in 2007 by doing brush and undergrowth cutting. Today, the firm still does that work, but also is involved in massive land clearing and development, most of which is done for the South Carolina DOT.

His big break came in 2011 when, due to his contacts and networking, he was able to land a contract to clean more than 60 mi. (96.5 km) in irrigation ditches at a 2,000-acre farm field in the town of Turbeville, south of Florence (the town was founded by Brannon Turbeville's ancestors).

At first glance, that job may not sound too impressive, but it turned out to be a game-changer for Turbeville.

That's because the land was owned by West Virginia coal and agriculture billionaire Jim Justice, a man whose agribusiness has made him one of the largest grain producers on the East Coast with more than 50,000 acres producing crops.

At the Turbeville site, Justice needed someone who could come in and do the work both quickly and efficiently.

He found his man in Brannon Turbeville.

The old South Carolina farm land that Justice intended to turn into another of his Justice Family Farms needed to be rehabilitated, reconstructed and ready in time for the 2012 planting season. That was just months away when Turbeville started the job in December 2011.

In order to get the land ready for row-crop production, Turbeville put 13 employees and 9 pieces of equipment on the job.

The timetable for the work was so tight that Turbeville said, “they were right behind us planting the fields as we were finishing.”

“We really transformed our business with Justice Family Farms and this half-million-dollar ditch project,” he said. “Before that it was just me and a few other fellows doing the work. Through our networking, we got hooked up with the man that was running the project at the farm. That fellow wanted me to run the project for him and when Jim Justice learned that, he put us in charge instead.”

Turbeville said that Justice has continued to be a great customer for Palmetto Brush Control. Just last year, he added, his company completed about a quarter-million dollars in wildlife enhancement work for Justice.

Another profitable relationship for Turbeville that was established on that project was with Hills Machinery, one of the Southeast's premier equipment dealers with locations across the two Carolinas, according to the company.

It, too, came about through effective networking with others in the construction business.

“We were recommended to Adam and Jim Hills through a personal friend of theirs who I do a lot of land work for,” Turbeville said. “Since then we have gotten two or three machines a year through Hills.”

He first turned to Hills Machinery when he needed to rent equipment for the farm project and he purchased his first machine, a Case 210B excavator, at about the same time.

He said that first purchase was largely due to the fuel savings Case gave him that other machines did not. At the time, he added, gas was at $4 per gallon and his fuel bills were astronomical.

“With the Case 210 we could get close to 27 hours of use from 100 gallons of fuel, whereas with the other brands we couldn't get 20 hours,” Turbeville said.

Road Work to Ramp Up

A large part of Palmetto Brush Control's current work is for the SCDOT and involves right-of-way clearing for widening projects. Turbeville said that they have four projects going on this winter, three of which are starting about the same time.

That means he needs more equipment from Hills.

The last four machines the company purchased were initially rented for eight months, Turbeville said. That included three Case 210C excavators and an 1150 dozer, the latter being a “highly productive machine for us because of its root-raking capabilities.”

He added that his company is now talking to Hills about bringing on a Case 621 wheel loader and a 350C excavator.Currently, Turbeville has his people working on the widening of S.C. Highway 51, known as the Pamplico Highway Project. The first phase of this major project will increase the rural road from two lanes to as many as five along a 13-mi. (20.9 km) stretch between Florence and Pamplico to the southeast.

Turbeville's company is doing the clearing on the $49 million project for Palmetto Corp., the main contractor on the job.

“We really follow the road contractors right now,” he said. “We come in and take all the trees out from the existing right-of-way line to the new line. In this kind of work, we do all clearing, grubbing, grinding and hauling — everything really.”

He attributes a lot of his success to the lessons he learned growing up around his grandfather's contracting business, from which he branched off to start his own company nine years ago.

“He really taught me that you have to go to work and work hard every day to be successful,” Turbeville said. “Maintaining that work ethic and being able to complete projects in the time frame that the construction companies need is so important.”

To that end, Turbeville said his company is trying to be more productive by adding better equipment because he believes that the more mechanized a project is, the faster and more efficiently it will get done.

“We want to get it done and get out while giving good value to our customers,” he said. “And, of course, it is important to us that we help give our families a better life. That's what it is all about.”