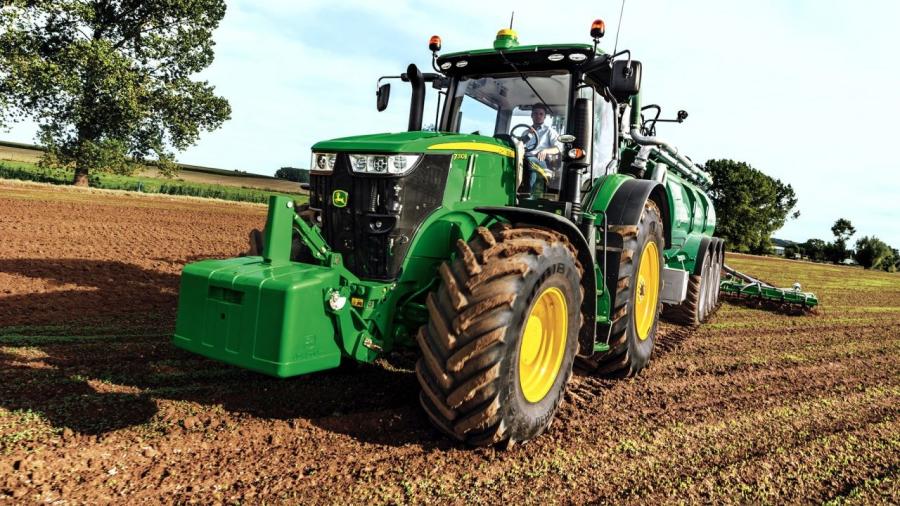 The Moline, Ill.-based manufacturer of construction and agricultural equipment noted in a news release that it stopped sending its machines to Russia immediately after news broke of the attacks on Ukraine.

John Deere announced March 9 that it has suspended shipments of its machines to Russia and Belarus in the wake of the Russian invasion of Ukraine.

The Moline, Ill.-based manufacturer of construction and agricultural equipment noted in a news release that it stopped sending its machines to Russia immediately after news broke of the attacks on Ukraine.

Shipments to Belarus, a neighboring Russian ally, also were halted shortly afterward, according to KWQC-TV in Davenport, Iowa.

The company said in its announcement that it is deeply saddened by the significant escalation of events in Ukraine, and that it continues to watch the situation closely while it fully abides by the stringent economic sanctions imposed on Russia and its president Vladimir Putin by the United States and its international partners.

"The safety, welfare and well-being of our employees in the region remains our top priority, and we continue to support and maintain close communication with our affected teams, providing necessary resources, when possible," said a John Deere spokesperson. "Our thoughts are with our employees, their families as well as our dealers, customers and all those impacted by this crisis."

The John Deere Foundation also has been working directly with several organizations, including multiple United Nations agencies, to mobilize resources to support Ukrainians affected by the crisis, the company said.

The Moline Dispatch reported that John Deere also is among dozens of retailers and businesses that have closed their stores or suspended operations in Russia since the country began its assault on Ukraine Feb. 24, including McDonald's, Coca-Cola and Starbucks.

Jennifer Hartmann, public relations director of Deere & Company, said that the company closed its sales office in Ukraine when the invasion began. The manufacturer has one factory in Russia, the Orenburg facility, which makes agricultural equipment, while the John Deere Domodedovo facility serves as a parts distribution center.

The company expanded its farm, forestry and construction operations in Russia in 2002, opening a forestry sales branch in St. Petersburg, the Moline newspaper noted, followed by an agricultural sales branch office in Moscow and several dealers throughout the country.

Hartmann said combines, tractors, construction and forestry equipment must now be imported by Russia, but with the stoppage of shipments by John Deere, the supply line of new machines from the manufacturer has been cut off while the Ukrainian crisis persists.

Ukraine and Russia together produce more than 25 percent of the world's wheat supply, and, during peacetime, demand is normally high for agricultural machinery in the two countries.