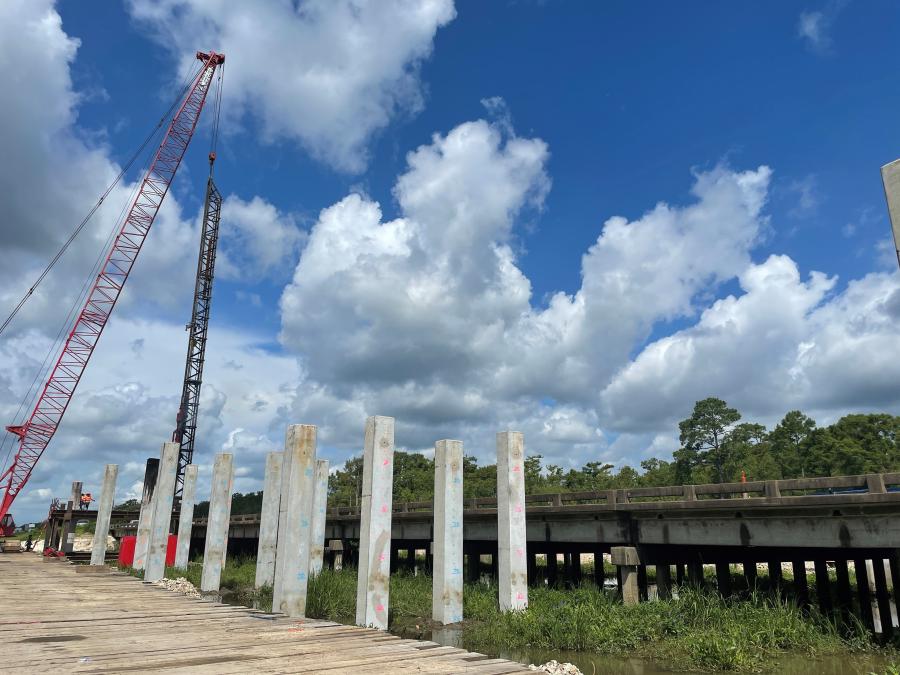 The major I-10 project runs from the Texas state line to east of Vinton, La., and will widen 10.5 mi. of I-10 from four to six lanes. There are currently two lanes in each direction, which will be expanded to three.

About one year into a $152 million Louisiana I-10 widening project, contractors are preparing the site for the replacement of the longest bridge on the project.

The major I-10 project runs from the Texas state line to east of Vinton, La., and will widen 10.5 mi. of I-10 from four to six lanes. There are currently two lanes in each direction, which will be expanded to three.

Designed to relieve congestion along the corridor, the project will replace a total of five bridge systems and remove and upgrade the eastbound weigh-in-motion system. The work is being completed in three segments to minimize the impact to travelers.

The section of I-10 is part of the National Highway Freight Network, and carries more than 1.6 million tons of freight along the corridor annually each year. The project is expected to increase traffic capacity and enhance travel for the transportation industry. 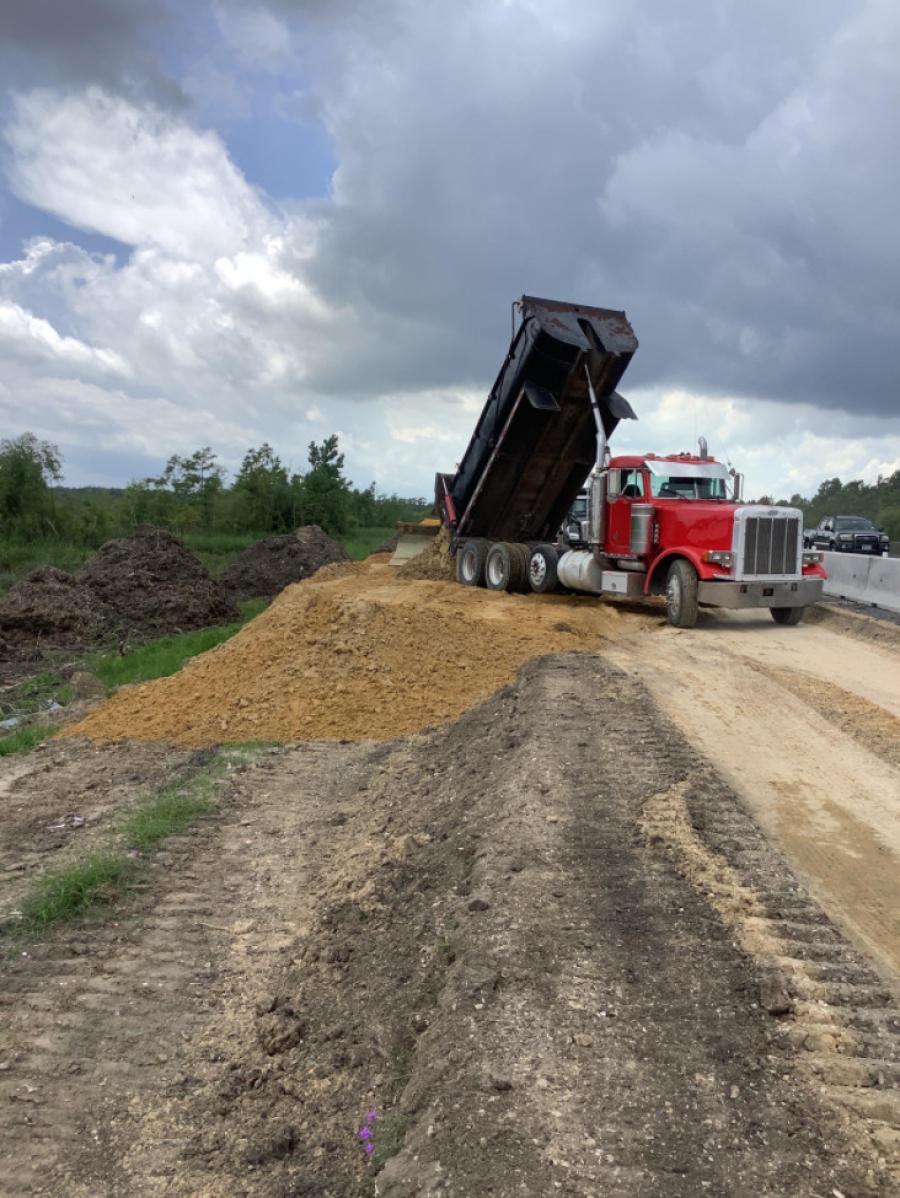 Johnson Brothers Corporation crews began work on the segment from the state line to U.S. 90/LA109 in September 2020. While the work was initially hampered by two hurricanes in the fall, and COVID, which caused delays in the staffing and the shipping of materials, the construction schedule is on target with segment one completion set for 2022 and the entire project completion in 2025.

Once complete, the project will tie into a widening project completed in 2007 from Vinton to Sulphur and create a continuous six-lane interstate from the state line to the west I-210 interchange.

The project includes the widening and/or replacement of 10 bridges for a total of 2,120 ft. The longest is the Sabine River Relief Bridge at 780 ft. or 1,560 ft. in both directions; the shortest, at Gum Gully, is 120 ft.

Johnson Brothers crews are operating with two shifts per day, with crews onsite varying depending on the project needs.

"Nearly 315,000 tons of asphalt will be used during the project," York said. "The asphalt is expected to come from the contractor's plant in Beaumont, Texas. It will be installed using a paving machine, fed by a windrow shuttle buggy and a steady supply of belly dump trucks from the asphalt plant."

Several pieces of large-scale, heavy civil construction equipment are being used for the project. For the erection of the bridges, Johnson Brothers will utilize two large 230-ton lattice boom cranes, along with an RT hydraulic assist crane, as well as forklifts and man lifts.

For installation of the bridge foundations, the contractor has a large diesel-powered pile hammer for driving the precast concrete piles. Crews also will use a hydraulic vibratory hammer for sheet piles and shoring.

The site portion of the project has several motor graders, loaders, excavators and vibratory compactors to complete the work.

During the groundbreaking last fall, Gov. John Bel Edwards said the project is a significant step in improving the state's infrastructure,

"Widening this stretch of I-10 will alleviate congestion and improve safety for residents and businesses," said Edwards. "Investing in Louisiana's infrastructure has always been an important aspect of my administration, and the start of this project is another example of moving Louisiana forward." CEG