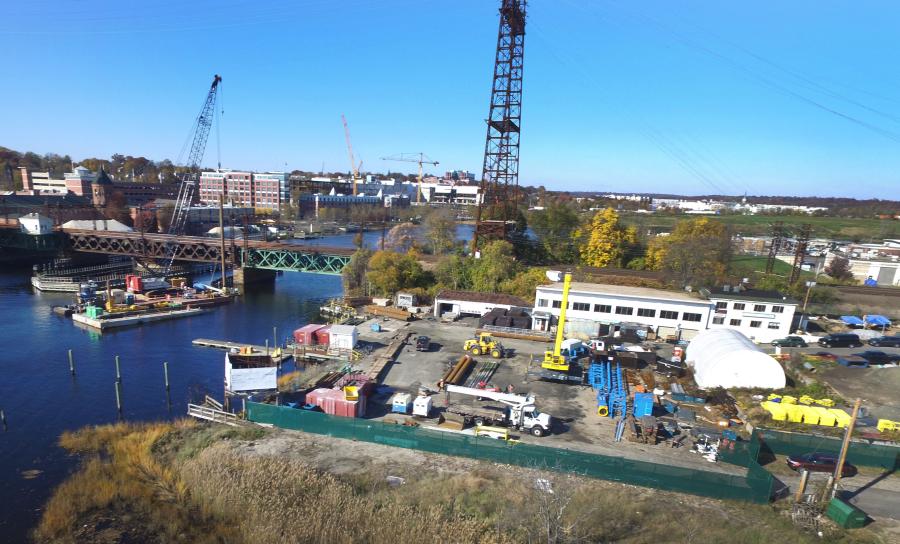 NEW HAVEN, Conn. (AP) A federal judge has cleared the way for state and federal transportation officials to move forward with a $1.1 billion project to replace a 122-year-old movable railroad bridge in Norwalk.

U.S. District Court Judge Stefan Underhill ruled against opponents of the plan, who argued in a lawsuit that there are cheaper alternatives for replacing or fixing the span.

The existing Walk Bridge, or Norwalk River Railroad Bridge, carries four tracks that serve about 200 trains daily, including Amtrak. It swings open to allow larger boats coming in from Long Island Sound to pass through to reach a gravel company, a marina and a once-industrial waterfront area that now holds chic condominiums.

But a conservation group, Norwalk Harbor Keeper and others say that unlike a century ago, few boats with tall masts currently pass in and out of the Norwalk River.

In his ruling, Underhill said the plaintiffs lacked standing to sue. He also found the government made its decision properly after considering other options.

He said transportation officials had determined, for example, that the Coast Guard and other agencies would not approve further limiting navigation under the bridge.

"Defendants reasonably believed, based on comments made during initial scoping, that the agencies that would need to sign off on the project would not do so unless current navigability was maintained," Underhill wrote.

Messages seeking comment were left for attorneys in the case.

Judd Everhart, a spokesman for the state Department of Transportation, said numerous alternatives for the project were considered and the department believes it has been responsive to the concerns of all of the project's stakeholders and the community.

"We will continue to engage the public on design and construction progress for this critical project that is necessary for the future of Norwalk and the Northeast Rail Corridor," he said.

Handwritten logs from bridge staff show the bridge was opened 78 times in 2016, excluding tests. Of those, more than 30 for were for a single boat.

The 564-ft.-long Walk Bridge, a hulking steel structure that rotates on a circular pier, is projected to see its rail ridership double by 2065.

It has been prone to getting stuck in the open position, delaying commuters on the Metro-North Railroad, which takes commuters to and from New York.

The U.S. Department of Transportation has said the $1.1 billion price tag includes engineering, rights of way and construction costs, including a new four-track interlocking system that will allow trains to switch tracks, improvements to another nearby rail line and rail storage area and other related railroad and bridge projects.

Connecticut has received about $161 million in federal funding for the bridge from a program intended to improve the resiliency of infrastructure after Superstorm Sandy. The agency also intends to use other federal funds during construction.