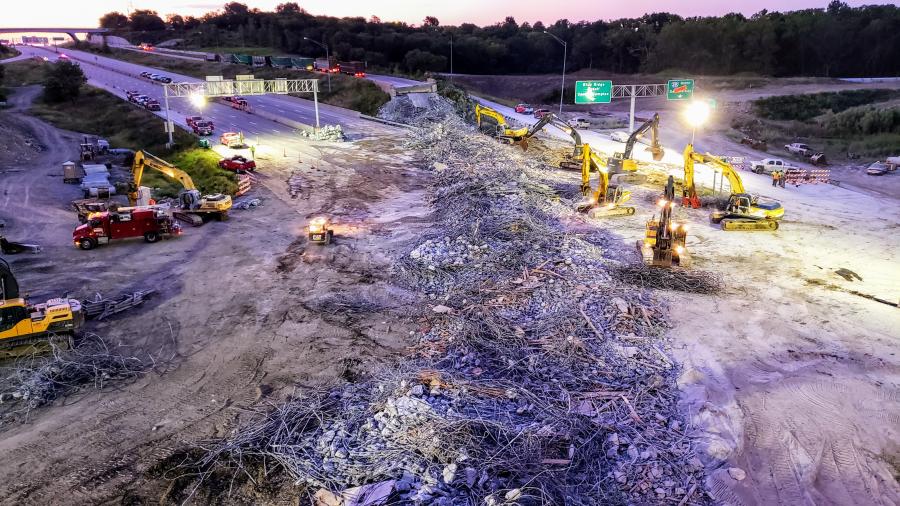 The project calls for demolishing four bridges and building 11 new bridges that will span I-435 over I-70 and over the partial turbine in different areas. (MoDOT Kansas City photo)

To ease crashes and help prevent traffic backups, construction crews in Jackson County, Mo., are replacing multiple bridges within the I-435 and I-70 interchange. In addition to building new bridges, workers will enhance the safety of the interchange overall with a new design, as part of a $47 million effort. 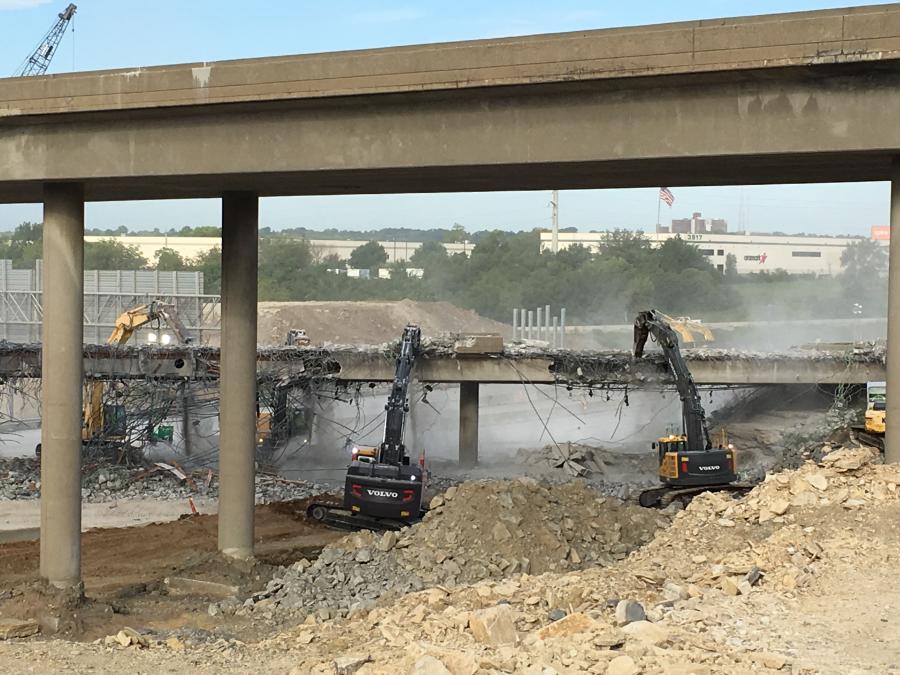 "The four bridges within the interchange were built in the early 1960s, and were in need of replacement," said Missouri Department of Transportation (MoDOT) Kansas City area engineer Matt Killion. "While we are replacing the bridges, it's the best use of limited taxpayer funds to improve the interchange for safety and to reduce congestion."

The new configuration will be a partial turbine. Improvements include full bridge replacements, removal of the less traditional left exits and improvements to loop ramp configuration.

Construction began in March 2019. Killion noted that now is a good time to carry out the work.

"Funding is available to complete the project, and the environmental work was completed a few years ago. Also, it's time to replace the bridges within the interchange."

Serving more than 220,000 vehicles per day, the I-435 and I-70 interchange is one of the heaviest traveled in the region. Due to phasing of the project, traffic will be moved between old and new pavement at various points.

"There are currently four ramps within the interchange that are closed. Signed detours are in place. These detours are designed to be the most direct and practical detours, given all the constraints."

Construction is on pace to be finished and open to traffic by the contract completion date of December 2020. Due to the phased approach, a lot of work is taking place in specific areas of the job. Once one area is built, traffic is moved and work continues elsewhere. 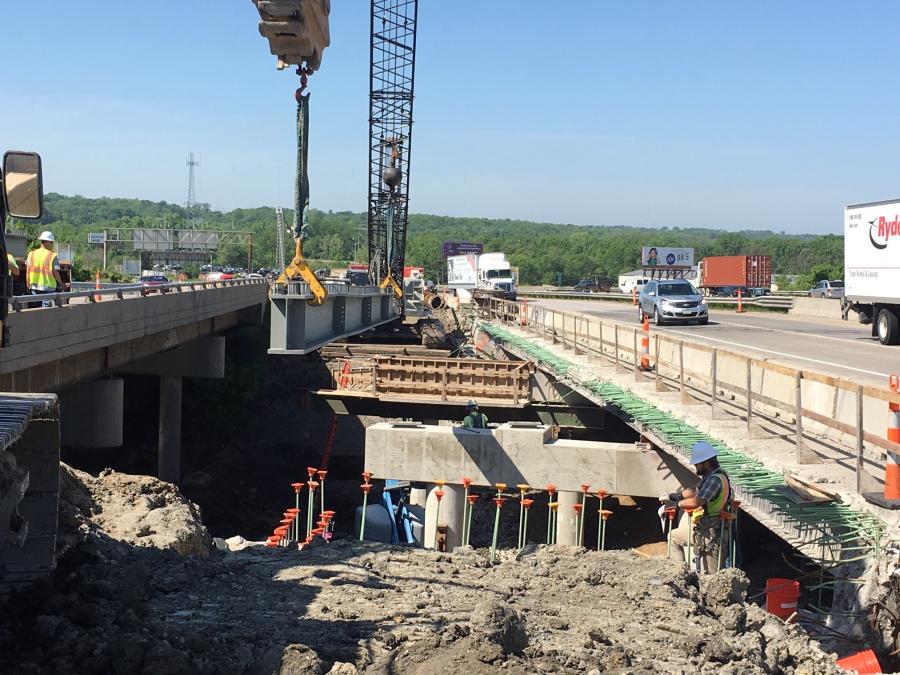 "It's great that we are able to implement the partial turbine concept, a project that fits within our limited budget, improves safety and reduces congestion," said Killion. "When completed, travelers will benefit for many years to come."

A great deal of planning was required to make the project a reality.

Killion noted that the new design will enhance the safety of the interchange.

"On the I-435 northbound to I-70 westbound, and the I-435 southbound to I-70 eastbound ramps, the left lane of I-435 terminated into an exit-only lane. This may have worked when the interchange was first designed and built, but is not desirable, given the amount of traffic that uses the interchange today. A left-hand exit is not typically expected by drivers not familiar with the interchange. These ramps will be reconfigured to a more traditional and driver-expected, right-hand exit.

"Also, the ramp from I-435 southbound to I-70 eastbound experienced significant backups during peak travel times. Moving this ramp to a right-hand exit, and adding an additional lane for the new ramp, will reduce congestion and the resulting crashes that often occur within the backups. In addition, the loop ramps within the interchange will be replaced with larger turn radius ramps, with a less steep grade. This allows traffic to better exit and merge to and from the ramps." 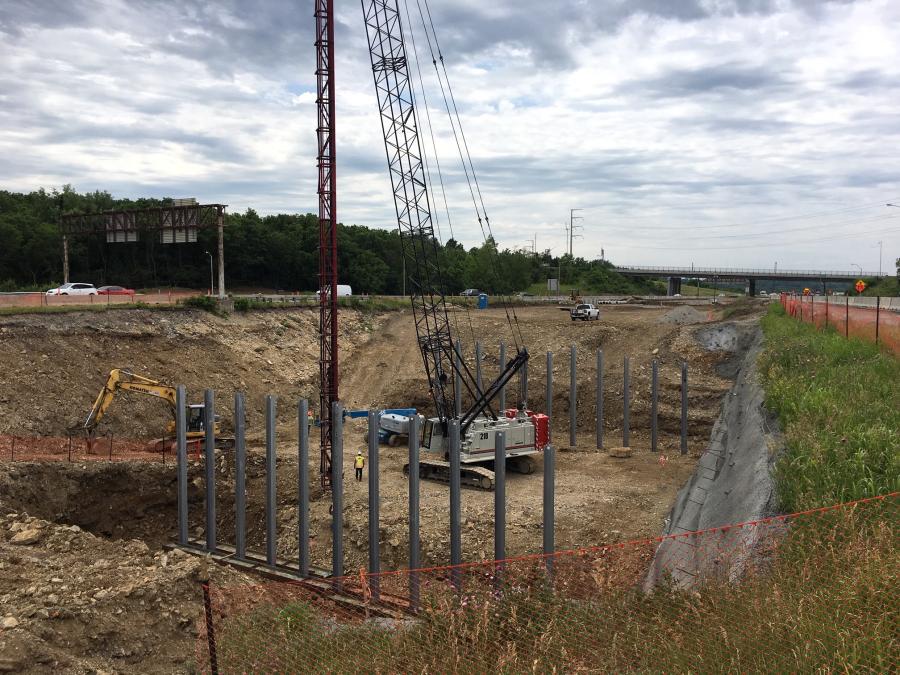 Within the limits of the I-70 EIS, there are 14 interchanges in the 6-mi. long study corridor, including this interchange.

"Many of the ramps to and from I-70 have deficient ramp lengths to merge on and off I-70. It is critical to provide adequate merging distance in this high-traffic interchange."

The interchange is located at the intersection of two major interstates in Kansas City.

According to MoDOT Kansas City resident engineer James Pflum, "You have a lot of cars not only going through on the mainlines, but also using various ramps. Once reconfigured, these ramps will better handle the various routes people are taking and allow for better merging."

Pflum said the largest challenge for crews is the phased approach.

"The contractor is limited in the areas they can work. There is some work being done out of phase to help speed along the project, but not much. This project requires an understanding of the plans, and the area in order to construct what is provided for."

A number of tasks have already been completed. The contractor has relocated the ramp from NB 435 to EB I-70. This will allow for construction of the SE portion of the turbine interchange. This required all new pavement; grading of several drainage basins; and the widening of a bridge on the south end of the job. Many areas also required blasting to break up rock excavation that was needed.

"The main focus is on constructing the new SB lanes of I-435," said Pflum. "They have completed all the bridges along this stretch, and will finish concrete paving soon."

In late fall, the contractor will work on completing tie-in work on the north and south end of the job. 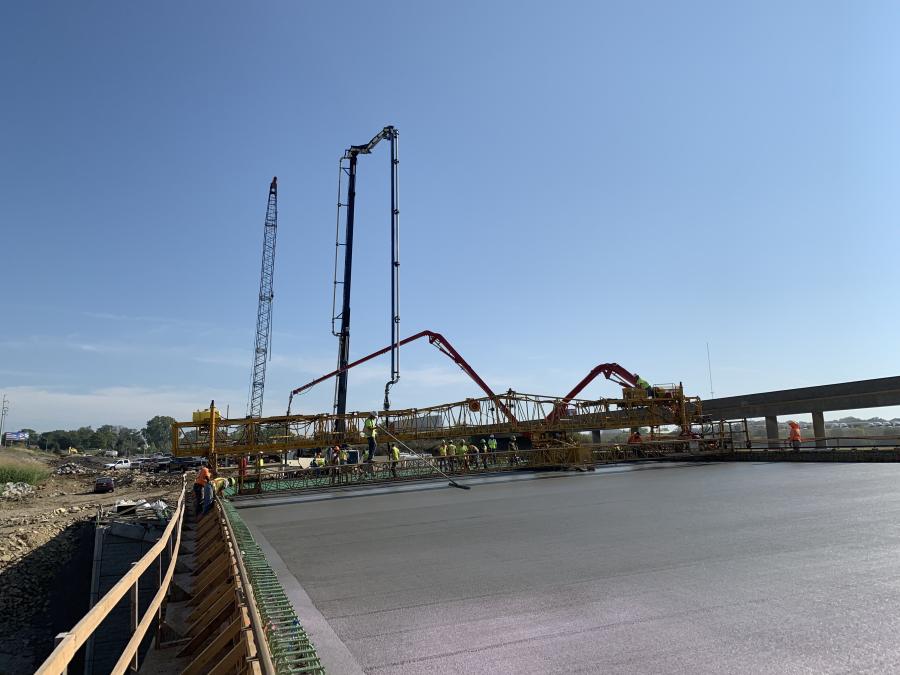 "The contractor [Greg Bair Track Hoe Service Inc.] mobilized trackhoes with hoe rams in to dismantle the bridge. The first order of business was to place a layer of sand about a foot thick to act as a barrier for the falling debris from the bridge. Once placed, the sub moved approximately 12 trackhoes per bridge to start hammering the bridge down. This process was done from one side of the bridge to the other. Once the bridge deck and columns were all down on the ground, they continued hammering the bridge to smaller pieces, and removed all reinforcing steel as they went. Debris was loaded onto trucks and trucked off the jobsite."

The project calls for demolishing four bridges and building 11 new bridges that will span I-435 over I-70 and over the partial turbine in different areas.

Rebuilding a bridge is a detailed process, according to Pflum.

"Once the old bridge is removed, foundation work will begin. The contractors will drive pile on the ends of the bridge and build concrete caps on the pile. Then they will go to the middle columns, if there are any, and use drill rigs to place drilled shafts. After the foundation is placed, they will place columns in the air and pour a cap on top of the columns.

"Once all these foundations and columns are completed, girders will be set over a night. Once girders are in the air, the contractor will set panels between the girders. Reinforcing steel will be laid out on top of the panel, and then the deck will be poured. The last step is to place the barrier on the edge of the bridge."

Pflum noted that because of the massive amounts of dirt work, weather can have an impact on the overall project.

"When rain occurs, a day or two is generally lost in certain areas. In areas where blasting has occurred, work can resume a little quicker. As winter approaches, cold temperatures will have an effect on when concrete for bridges and pavement can be placed." 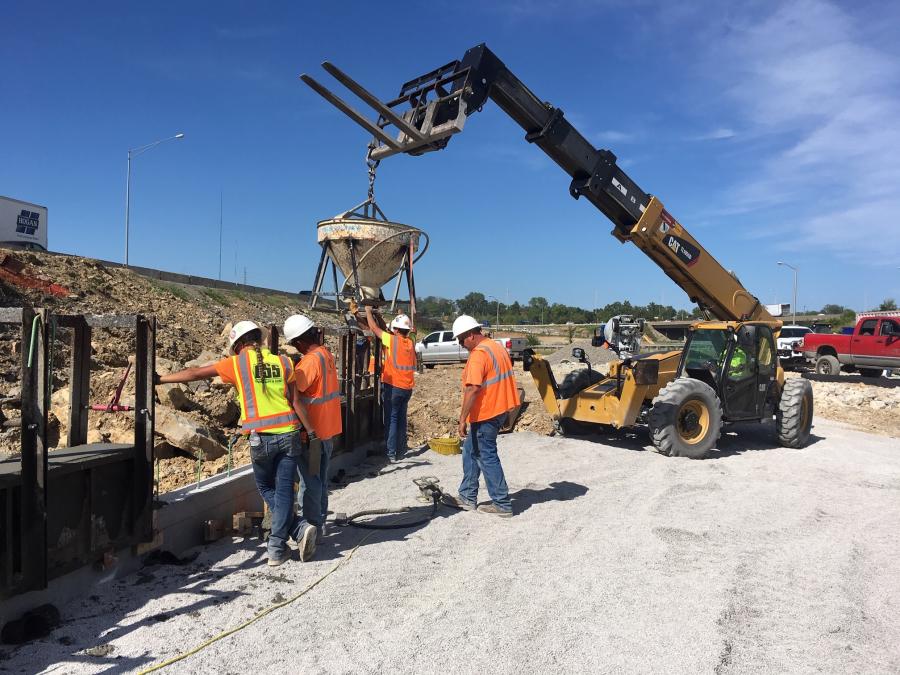 As for construction milestones, said Pflum, "In order to construct the new alignments of 435, the left-hand exits from I-435 to I-70 had to be removed. The contract gives 175 days for this to occur. The next milestone is to have the NB traffic be moved to new pavement by Christmas, and the ramps to take the place of the left-hand exit in place by March 2020."

Emery Sapp and Sons serves as the main contractor on the project. CEG