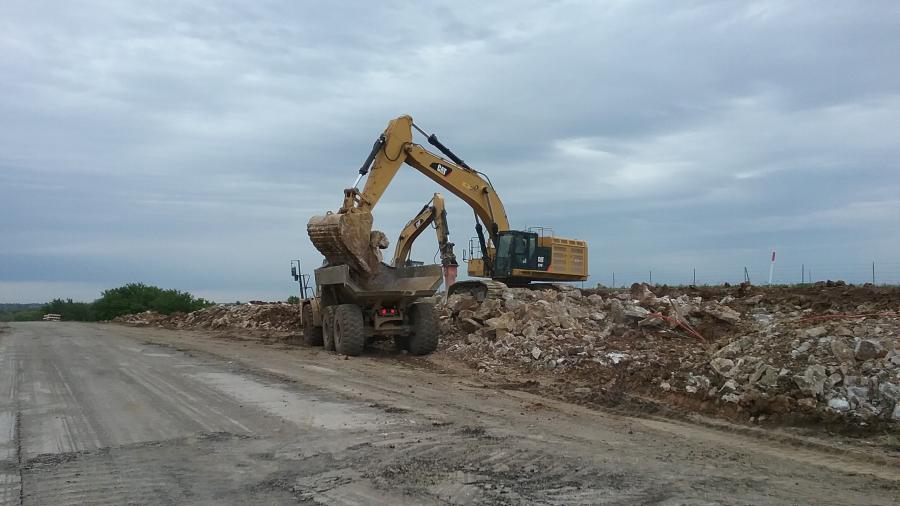 Improvements include: complete reconstruction and rehabilitation of 7.5 mi. of 169 from Welda north to the roundabout south of Garnett.

Despite being identified as a number 1 priority, the U.S. 169 reconstruction project in Anderson County, Kan., was placed on delayed status in 2017.

"Counties from the Oklahoma border all the way to Kansas City said this project was a priority," said Trisha Purdon, executive director of the Montgomery County Action Council. 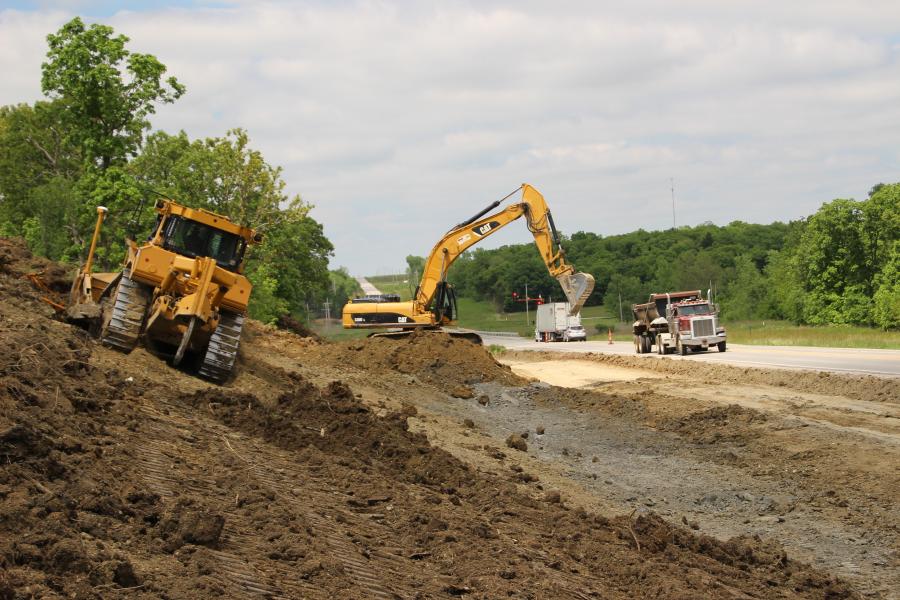 Those improvements include: complete reconstruction and rehabilitation of 7.5 mi. of 169 from Welda north to the roundabout south of Garnett. On the north half of the project, Wayne Hiegert, director of marketing and sales of General Contractor Bettis Asphalt & Construction Inc., said work will include grading, surfacing, RCB extensions, road widening, adding shoulders and updating the guardrail to current standards. The south mile-and-a-half of the project to the junction with U.S. 59 involves replacement of pavement from the U.S. 59 junction north. In addition to shoulder widening, he said, "complete road construction, grading, bridge replacement and sideroad realignment" are planned. Improving the vertical alignment of U.S. 169 will provide more opportunities to safely pass slow-moving vehicles.

The project also will add 10-ft. shoulders to the roadway and provide a 32-ft. clear zone off the highway.

"The 10-foot shoulders will give disabled vehicles and law enforcement a place to safely pull off the highway," said Troy Howard, construction engineer of the KDOT office in Garnett.

In addition to providing safe passing opportunities, the $21 million T-WORKS project will provide additional safety features, such as improved sight distance and a 32-ft. clear zone that will provide a safer, unobstructed traversable area for vehicles that depart from the roadway, Howard continued.

Improvements to highways across the state are important for many reasons.

"What this project means for this road is reconstructed pavement, improved shoulders where we currently have them and new 10-foot shoulders where we don't," said Transportation Secretary Julie Lorenz at the groundbreaking ceremony. "But what this project means for Kansans is a safer trip to school, commute to work or transport of goods to market."

Constructed in 1930, U.S. 169 is a major north-south route from Minnesota to Oklahoma, spanning just under 1,000 mi. Designated part of the National Highway System made up of 160,000 mi. of roadway because of its role in the transportation system, U.S. 169 supports the nation's economy, defense and mobility.

Extended south into Kansas in 1935 along with U.S. 69, some sections of the new road remained gravel until 1940 to1945, when re-alignment and paving projects paved the road. The final segment was paved in 1950. 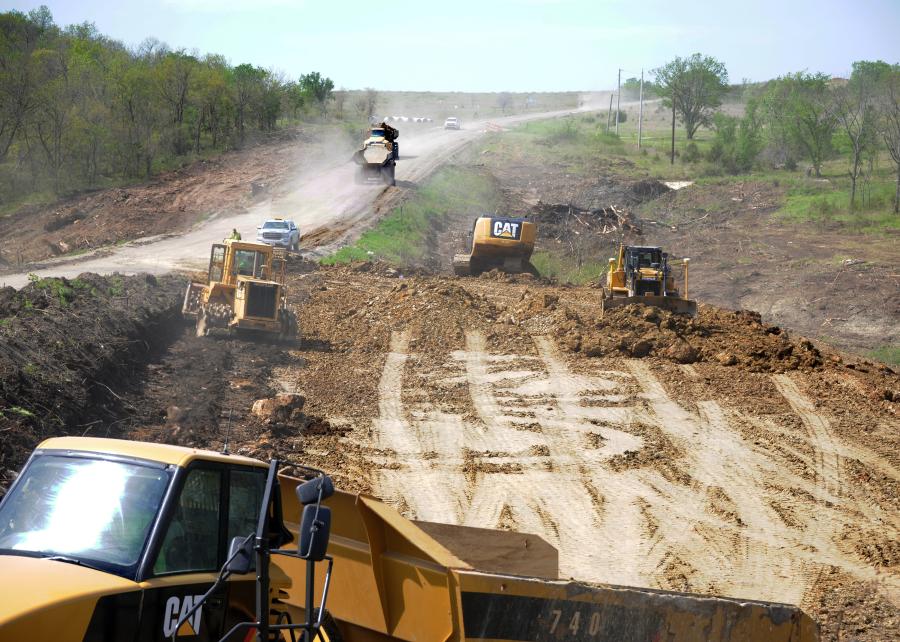 But in 1991, when the U.S. 169 crossing of the Missouri River was moved from the Fairfax Bridge in Kansas to the Broadway Bridge in Missouri, the highway was re-routed onto I-70 to the state line. In 1996, it was re-routed.

Residents along the super-two U.S. 169 complained about the number of head-on collisions, dubbing it "Heartbreak Highway." KDOT added another set of lanes, making it a 4-lane freeway.

In Kansas, some of the highway is 4-lane road, part is considered freeway with fully controlled access that includes center concrete barriers, and some sections, particularly in southern Johnson County, are expressway. To further improve safety, several rural intersections have been rebuilt as roundabouts.

The Secretary applauded the project, stating, "This U.S.-169 project is a true connection point between delivering on the promises of our past transportation program, T-WORKS and serving as a guidepost for the work we want to do under our next program: FORWARD."

Howard reports that 80 percent of the funding for the project comes from federal sources, with the remaining 20 percent from the state.

Once right of way for the current project was acquired and utilities relocated, primary contractor Bettis Asphalt & Construction received notice to proceed in early March. The family-owned hot mix asphalt paving and maintenance company formed in 1979, now under the guidance of the second generation, is known for flexibility on any size of job, due to three stationary hot mix asphalt plants throughout eastern Kansas and three portable asphalt plants. 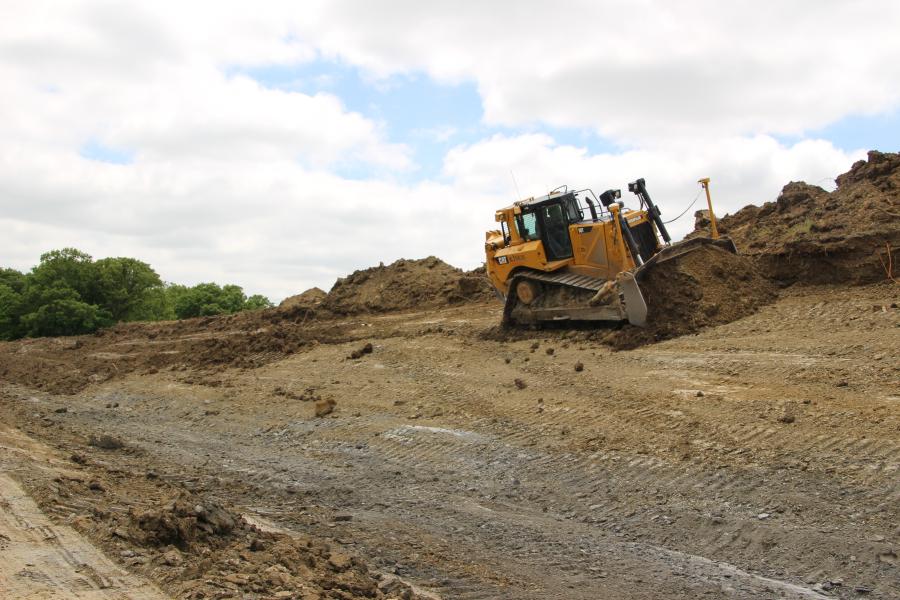 "Right of way was acquired from The Nature Conservancy, which required additional environmental studies and took considerable [sic] more time," Howard said. He noted that there were "several utilities that had to do major relocations, including water, fiber, telephone, electric and oil wells."

Once that was accomplished, work commenced in early March, shortly after the Notice to Proceed was issued on March 9. Crews are working 10 to12-hour days, five days a week, in an attempt to complete this 345-working day contract on schedule.

Expected completion date is sometime in the third quarter 2021. At press time, Hiegart confirmed that they remain on schedule. 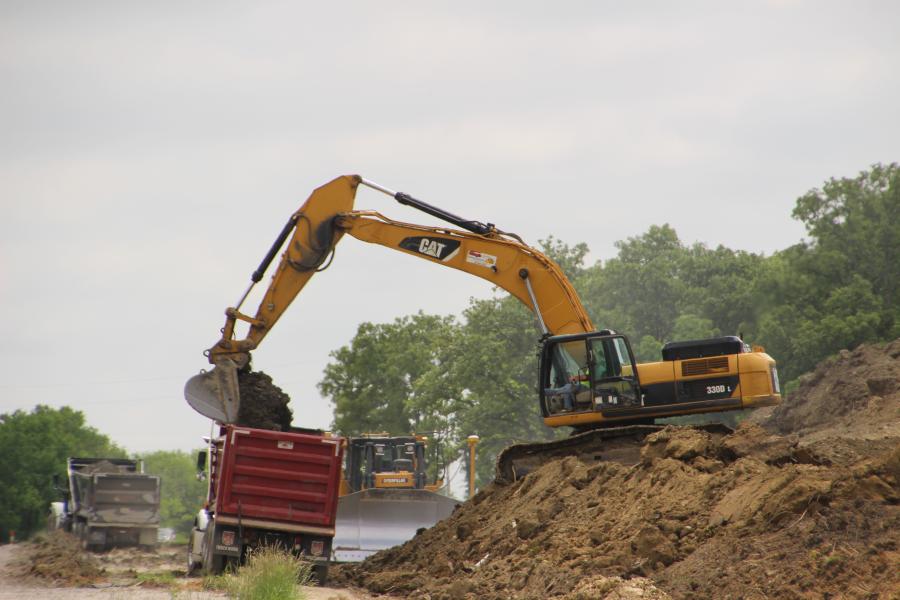 At least 120,000 tons of hot mix asphalt will be used for paving and 183.5 ft. of prestressed concrete beam continuous span bridge will be constructed. Bettis owns and operates the limestone quarry in the middle of the project, Hiegert said. "[They] moved a portable asphalt plant inside the quarry to build the job."