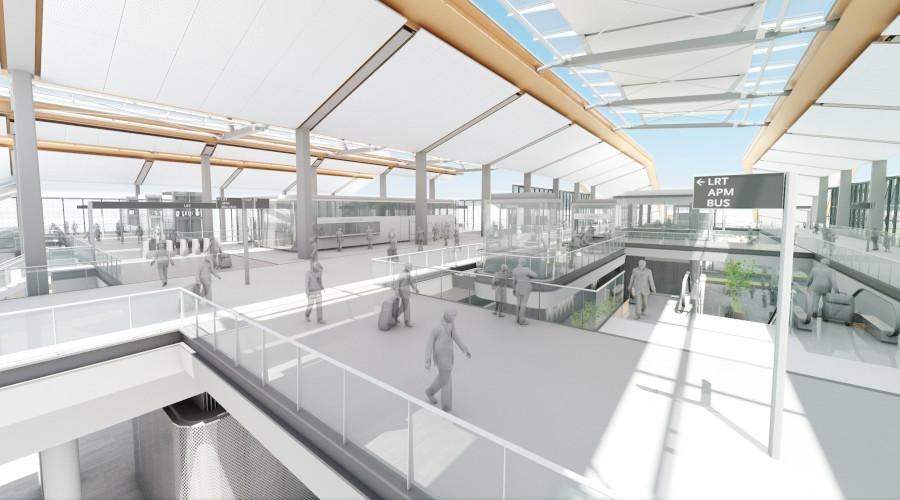 Once complete, the Airport Metro Connector Transit Station (near Aviation Blvd/96th St.) will provide a connection to a future Automated People Mover to be built and operated by Los Angeles World Airports. This project will serve as a transit "Gateway" to Los Angeles International Airport (LAX), offering a convenient option to connect to the airport using mass transit, via the Metro Green and Crenshaw/LAX Lines.

The KDG+DE team was one of eight teams submitting a proposal for this project, with KDG+DE selected most qualified, receiving over 90 percent of the points available for the proposal and interview processes.

At the Metro Board meeting on July 25, several board members recognized the historic significance of the selection of a primarily woman-owned team to provide services on a program of this size and importance.

KDG President and CEO, Lydia Kennard said of this project "I am proud that KDG+DE has been selected for this contract. As a previous executive director of Los Angeles World Airports, public service has always been important to me, and ensuring that KDG's work benefits the public is a primary goal. The opportunity to participate in creating this vital connection between Los Angeles' public transit system and the fourth busiest airport in the world is an ideal opportunity to benefit both residents and visitors to the Los Angeles region."