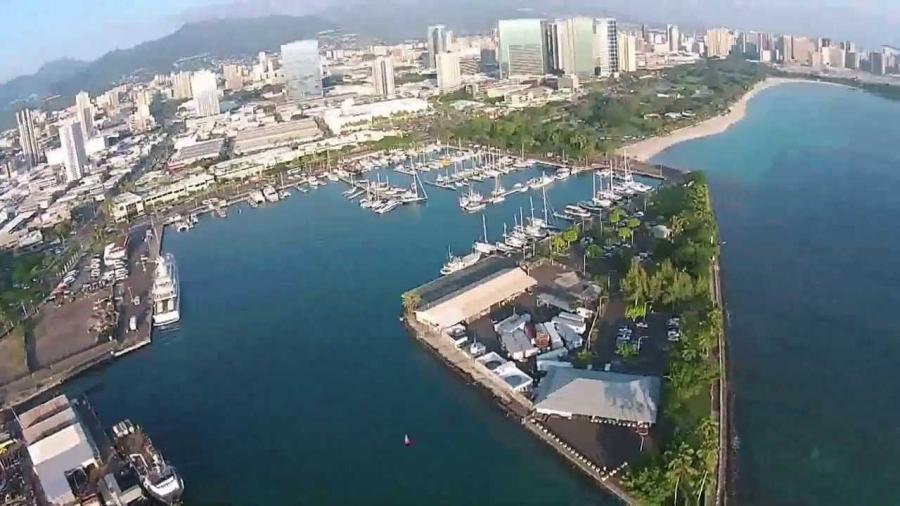 Image courtesy of YouTube.Construction on the three-year project is expected to begin by early 2017 at the latest.

Docks will be replaced, water, sewage and electrical systems will be improved, and 70 new slips will add to the 144 already at the harbor.

About a third of the slips were either condemned or unfit to use in 2007 when the state agency prepared to take over and improve the harbor.

Almar Management was contracted to run daily operations and occupancy rose from 40 percent to almost full after state-funded improvements.

Hughes Corp. became the tentative pick for renovation work in 2014. Its lease said the corporation has to pay the authority $550,000 initially and an estimated $14 million in rent over 30 years.

The corporation's 60 acres nearby is becoming a community with condos and retail called Ward Village. Hughes Corp. is also working on a separate $6 million plan on either side of the harbor that will include parking and lifeguard operations.

“There is much needed work for safety, security, and overall improvement to the piers and infrastructure at Kewalo Harbor that this approval will allow us to undertake,” said Todd Apo, Hughes Corp. vice president of community development, in a statement. “As we move forward, we are excited to bring these upgrades to the community, creating an exceptional experience for Kewalo Harbor businesses and visitors.”

Construction on the three-year project is expected to begin by early 2017 at the latest.