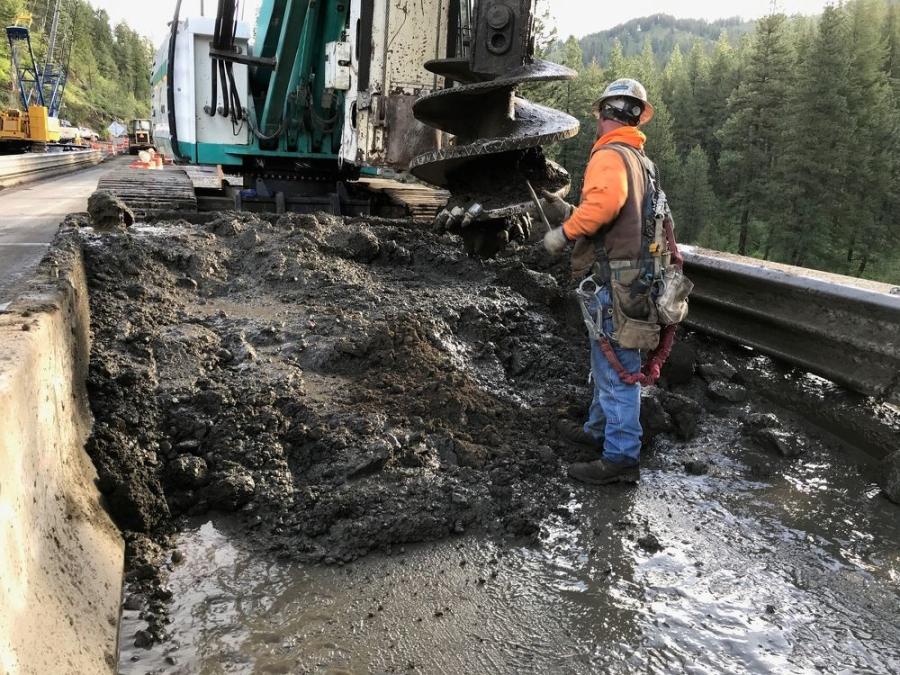 Knife River Corporation is constructing the Idaho Transportation Department's (ITD) $7.3 million U.S. 95 Weiser River Bridge Replacement project, which involves rebuilding a two-lane structure that has been in existence for more than 80 years dating back to 1939.

Knife River began the construction last summer and is looking at a spring or summer delivery date. 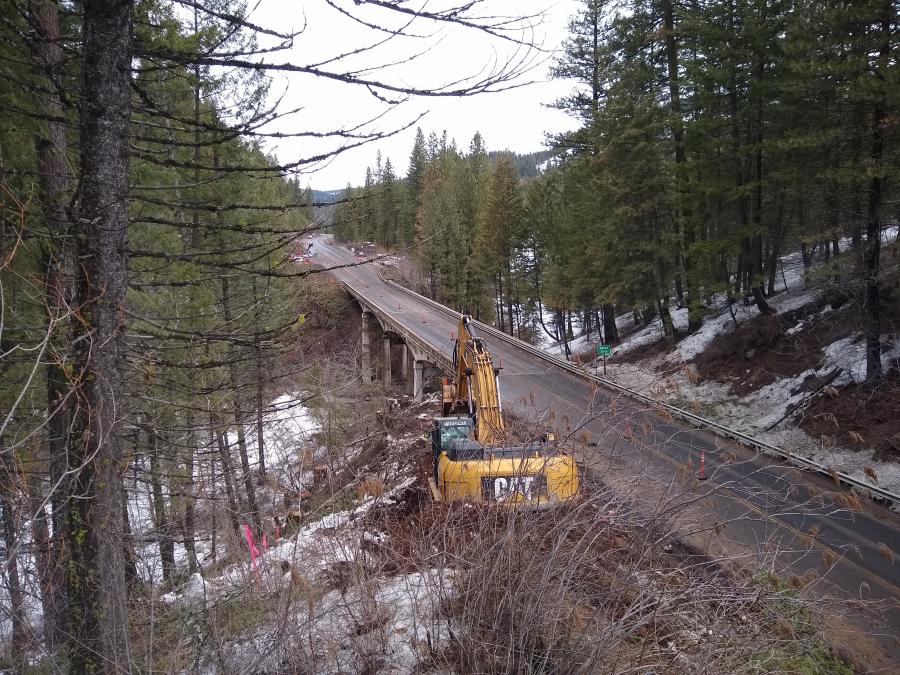 The existing bridge, which reached the end of its design life, is currently reduced to one lane with alternating one-way traffic and temporary signals on either end of the structure. IDT has motorists taking a detour along Old U.S. highway 95 to avoid the construction.

"The new structure will preserve the safety, mobility and economic opportunity of the highway for many decades to come," said Jake Melder, ITD public information officer.

"The bridge was constructed with many pre-cast components assembled on-location by the contractor," said Melder. "The girders were a deck bulb tee design, allowing the deck to be formed quicker than using traditional girder designs. This method is intended to reduce impacts to the traveling public and the time the construction zone is active."

The work zone is currently inactive.

"But it will spool up in the coming months with completion expected this spring or early summer, weather depending," said Melder. "Additional work to be completed includes, in part, installing guardrail, paving approaches, and sealing the concrete deck of the new bridge with a silica fume overlay. These items will require partial closures of the road, but one lane is anticipated to remain open for travel."

The demolition process had each side of the bridge taken down on separate days.

"Demolition took a single day," said Melder. "During the day the parapet was removed and saw cuts were made to the deck — about eight to10 hours. At night, the bridge was completely closed so a crane could station on one lane and lift off the cut sections from the other lane. The overnight closures were in place for six hours." 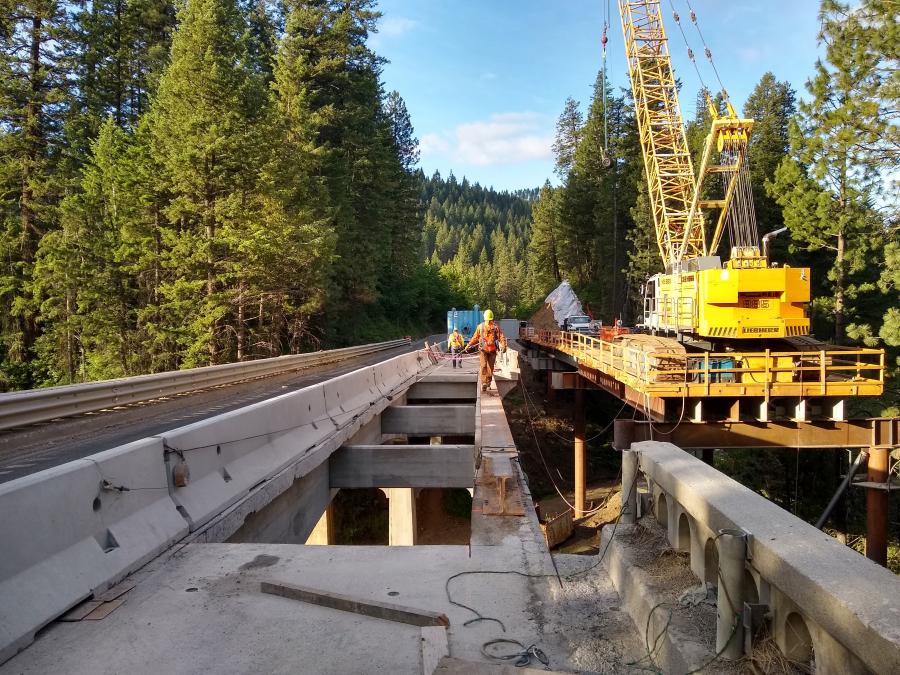 The first step in the construction was the erection of a temporary bridge, strong enough to host large crawler cranes and materials, used by crews for the demolition and construction. Once the established, the work ramped up. At times the work site was tight as space was only available on the closed bridge lane and on the sides of the bridge approaches. Many of the beams and girders were delivered on "as needed" basis.

Preventing debris from falling into the river was an important aspect of the project.

Safety is a paramount issue due to the height of the old and new bridges via the open spaces that were created and the rushing water below.

Peak days had 25 plus Knife River and subcontractor employees on site. Local and regional subcontractors were brought in.

On average, 2,400 trips are made daily on this stretch of U.S. 95, though that number can double during peak summer travel.

ITD designers was responsible for the design of the new concrete bridge.

"The bridge replacement is a critical preservation project as this section of U.S. 95 is one of only two routes between the Boise Metro Area and the Central Mountains of Idaho," said Melder. "The old structure was deteriorating and posed a significant risk to loss of access should it be damaged to a point where traffic could not pass on it." 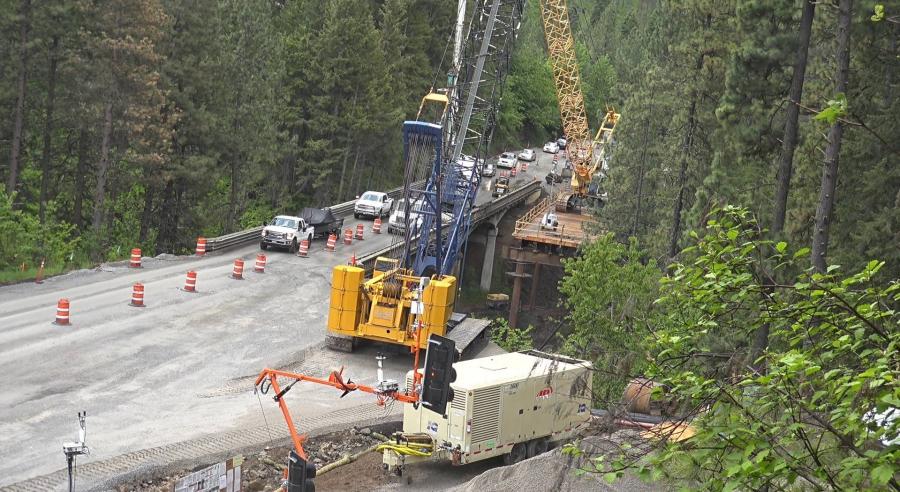 The work is impacting local traffic, especially as trucks and vehicles longer than 40 ft. are not permitted to travel on the detour and unless an alternate route can be found, could face up to 12-hour delays to get across.

Most of the work is occurring during the day, although some night closures of the bridge took place last summer and a few more are anticipated. Flaggers are on-site to help slow traffic to protect construction workers.

IDT had alerted nearby residents that they might experience increased noise levels due to the installation of girders and piers.

In terms of equipment, Knife River and the subcontractors are using crawler cranes, including a Liebherr SH 85 HD; excavators: Cat models; loaders; portable generators; and other standard machinery. CEG