The $108 million project, to be done over four phases and six years, was first started in 2014. 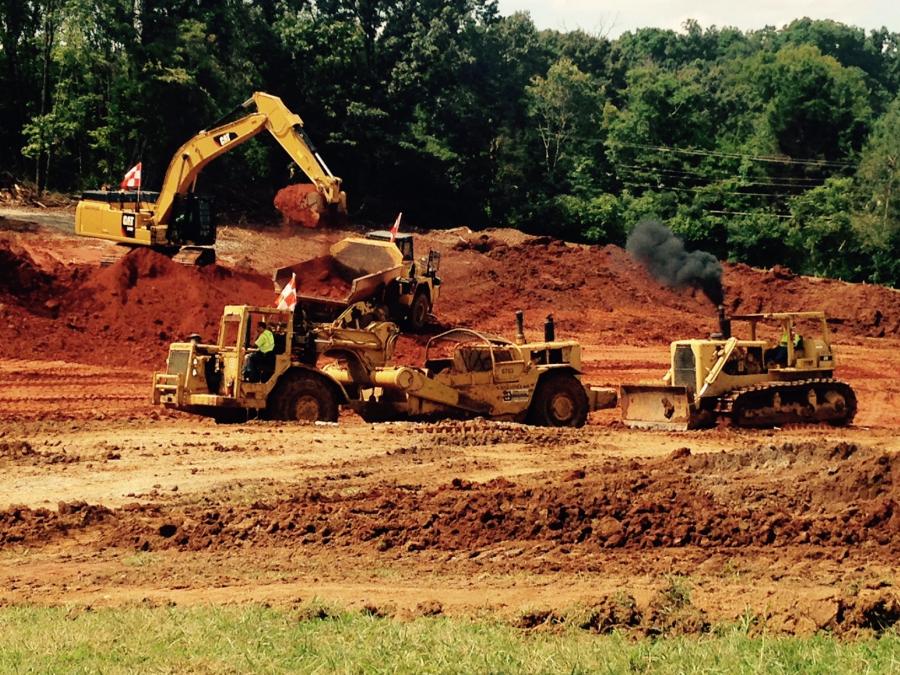 Anyone driving past or flying out of Knoxville's McGhee Tyson Airport has seen a buzz of construction activity for two years now as the current runway system is undergoing a complete modernization.

The $108 million project, to be done over four phases and six years, was first started in 2014 and planned so that the needed work would not interfere with the busy commercial and military airport's flight schedules.

First opened in 1930, McGhee Tyson Airport is located on 2,000 acres in Blount County 12 mi. (19. 3 km) south of Knoxville off Alcoa Highway. The new project is the latest in a series of upgrades to the field over the years.

The airport is served by most of the major air carriers, including Delta, American, Allegiant and Frontier. In addition, the McGhee Tyson Air National Guard operates from the facility.

In essence, the airport's two, parallel 9,000-ft. (2,743 m) runways, as well as multiple taxiways, will be completely demolished in order to put down new concrete and paving. While one runway is being rehabbed, the other will still be operational to keep planes flying in and out.

All of it is done to ensure that McGhee Tyson Airport meets all the current standards of the Federal Aviation Administration (FAA) and, not incidentally, helps to attract new business and support existing commerce in the area.

The other phases will complete the work on the first runway (including its lengthening) and rehab and reconfigure all of the taxiways to a more efficient design.

The prime contractor on the first phase of work is Eutaw Construction Company, based in Aberdeen, Miss. The firm also maintains a Tennessee office in Franklin.

Its crews started earthmoving work on Phase I last September, according to Lane Williams, division manager of Eutaw's Utilities/Federal Division.

He explained that rehabbing 5L-23R in order to meet the FAA's line-of-sight requirements, designed to make it easier for pilots to see during takeoffs and landings, has been his company's prime objective.

“The runway has a bit of a crown to it right now and the overall work will take that crown out of the center, as well as remove the entire runway and re-grade it,” Williams said. “So what this first phase consists of is actually just the northeast end of the runway.”

About 3,500 ft. (1,066 m) of the runway was demolished, he said, with all the old concrete, asphalt, CTB (cement-treated base), lighting and electrical completely removed. The old concrete and asphalt is being crushed for use as the sub-base on the new runways.

“We are now in the process of getting it back up with new stone, CTB, pavement and electrical,” Williams said. “The reason we only worked on the northeastern one-third of 5L-23R was because we wanted to leave a partially-working runway. For safety reasons, there is going to be a gap between this phase of work and the next phase. So now, small aircraft are still able to utilize the remaining part of the runway that we demoed because we left enough area for them to land safely.”

He expects to have the first phase finished by the end of the year.

Williams also said that the first runway, 5L-23R, will always remain open throughout the entire project.

According to officials with the Metropolitan Knoxville Airport Authority (MKAA), the entity that runs the airport, almost all of the 90 acres of pavement at the facility will be reconstructed over the 6-year project.

After coming onto the job site last September, Williams and his crews immediately got to work with a number of different pieces of construction equipment.

Not surprisingly, he said, earthmovers have been the dominant machine on this job.

“We have had a bunch of scrapers doing the work for us,” Williams said. “For this phase, we are running maybe eight to 10 Cat scrapers, then a bunch of push dozers and track hoes. We have run Cat 621s and 627s on this job. For pavement removal, Cat 336s and 339s have been used. For the ancillary earthwork, we had some off-road trucks going. Then there have been Cat 815 rollers, 12H and 12G motorgraders, D9 push tractors — we are working with a variety of equipment out there.”

Most of the equipment has come from the Eutaw fleet, he said, but he has needed to rent and purchase some pieces locally.

“At this point on Phase I, we have really moved all the earth we need to, but as far as concrete, we have demoed about 50,000 cubic yards,” Williams said in July. “We are now in the process of paving, which includes putting down CTB, then we get our dirt subgrade up before we put our aggregate base down, then the concrete paving section.”

Eutaw is doing all the earth and stone work, he said, with McCarthy Improvement of Atlanta handling the pavement. In addition, the runway's electrical instrumentation is being installed by another major sub-contractor in Precision Approach LLC of Eatonton, Ga.

Williams said that the biggest hurdle that his people have faced at the airport site has been the soil itself, a seemingly big headache for such a large earthmoving project.

“The ground in that area has been extremely wet and getting the dirt to dry in order to do work that meets federal requirements has been a challenge we have met,” he said. “The specifications on a federal project are extremely tight, too, and so we have had to find timely solutions in order to get the work done in the allotted time.

“But the winter in Knoxville makes good grading, concrete and asphalt work difficult. Essentially, you have a period of time from November to March that you cannot do soil work. That's just due to the temperatures and very, very wet soil at that time of year. You can't get it dry and you can't get compaction.”

For the last several months, however, Eutaw and its subs have made up for the lost time and are on track to complete the work on Phase I on time.

While crews all over the East, South and Midwest are roasting in this year's soaring summer temps, Williams welcomes it and sees it as a recipe for success at McGhee Tyson Airport.

“The heat is great because it is drying out all this material,” he said. “Of course, when it comes to concrete placement we will do that at night. But we're loving it right now when everything is dry enough for us to work effectively.”