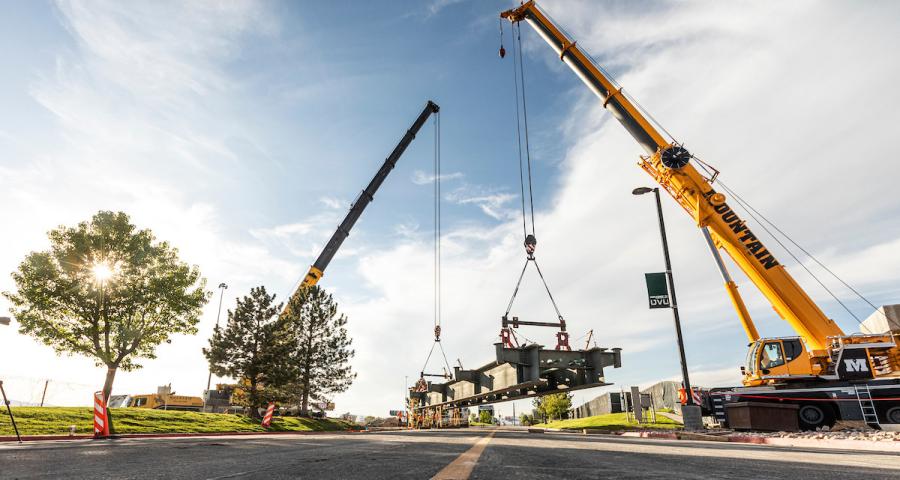 A steel beam was set in place on May 5. The pedestrian bridge at Utah Valley University will cover the expanse of Union Pacific and FrontRunner train tracks and I-15. (UVU photo)

Construction of the new Interstate 15 pedestrian bridge that will connect Utah Valley University with the UTA FrontRunner Orem Central Station is underway, with the approximate completion date set for December 2020. 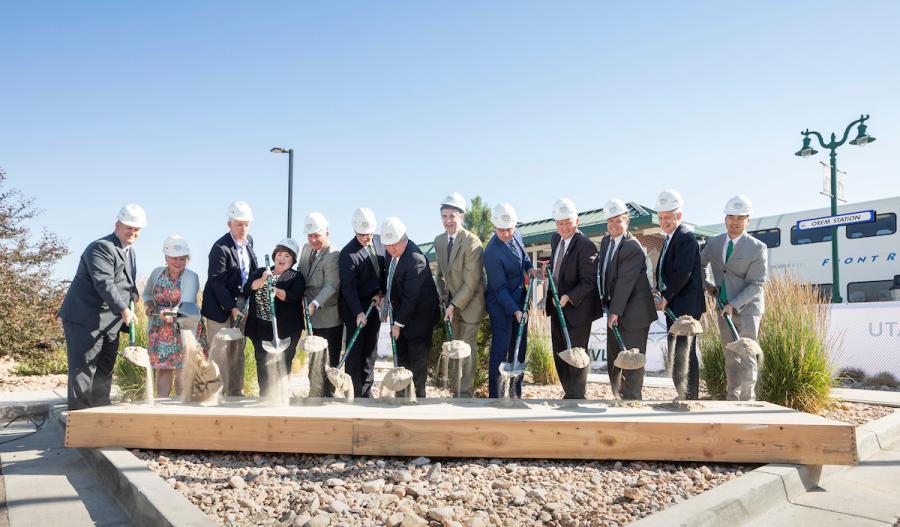 Earlier this summer, crews delivered the first set of steel beams for the UVA pedestrian bridge. Segments were also placed over College Drive.

The nearly 1,000-ft. structure, which is a joint project between UDOT, UTA and UVU, was designed to make public transportation easier and more efficient for students who commute from Salt Lake and northern Utah counties and to alleviate traffic on nearby roads. The bridge will also serve as a pedestrian-friendly connection between UVU's main and west campus.

"This bridge is a symbol of UVU's commitment to sustainability, clean air, and reducing traffic," said Astrid S. Tuminez, president of Utah Valley University. "We are grateful to the Utah Department of Transportation and the Utah Transit Authority for their vision, resources, and support of this project."

The bridge will include a 15-ft. wide, partially enclosed walkway with heating elements in the floor for snow removal. There will be ample room for cyclists and pedestrians. High-capacity elevators and stairs will be provided at each end of the bridge for accessibility compliance with the Americans with Disabilities Act.

"This is the longest pedestrian bridge that we are aware of in the state of Utah, with it being almost 1,100 feet in length, as well as being nearly 2 million tons of steel when you add the roof to it," said Geoff Dupaix, the senior communications manager for UDOT Region 3. "That is the equivalent of about four to five freight engines put together, so that's a lot of steel." 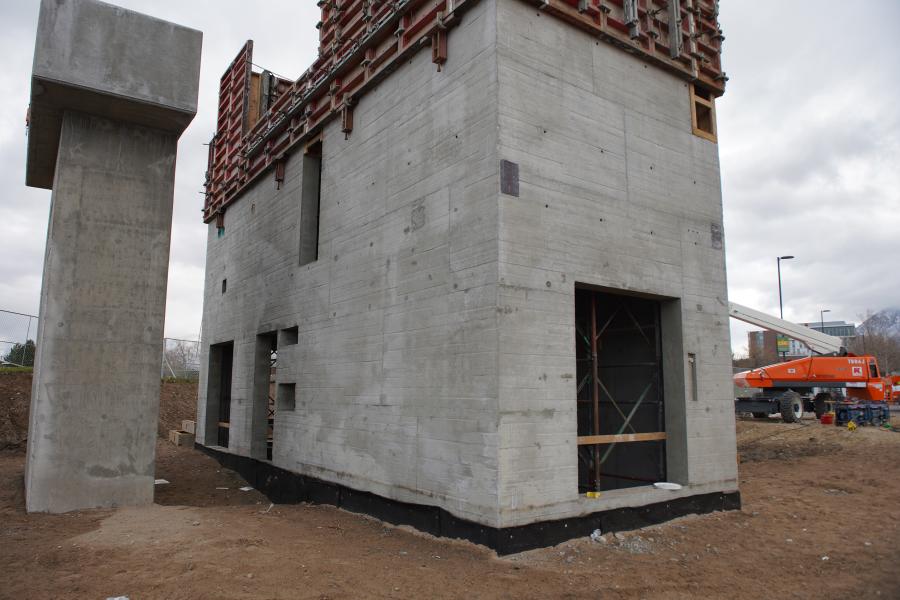 The new pedestrian bridge will have elevators at each end to accommodate ADA, scooters and bicycles crossing the bridge from the campus to the Utah Transit Authority Intermodal Center. Along each stairway will be a bike wheel path for people to walk bikes up and down.

Transportation-building partnerships between government entities are rare. The partners are hopeful the model can be used in future state transportation projects. UTA contributed $4 million to the project, UVU contributed $6 million, and UDOT contributed $20.7 million. The city of Orem and the Mountainland Association of Governments were also instrumental in driving early concepts of the project.

The majority of the work will not affect local traffic or UVU operations. However, I-15 will close briefly at night when construction crews place bridge beams and set concrete. UDOT will give two-week advance notices before the closures.