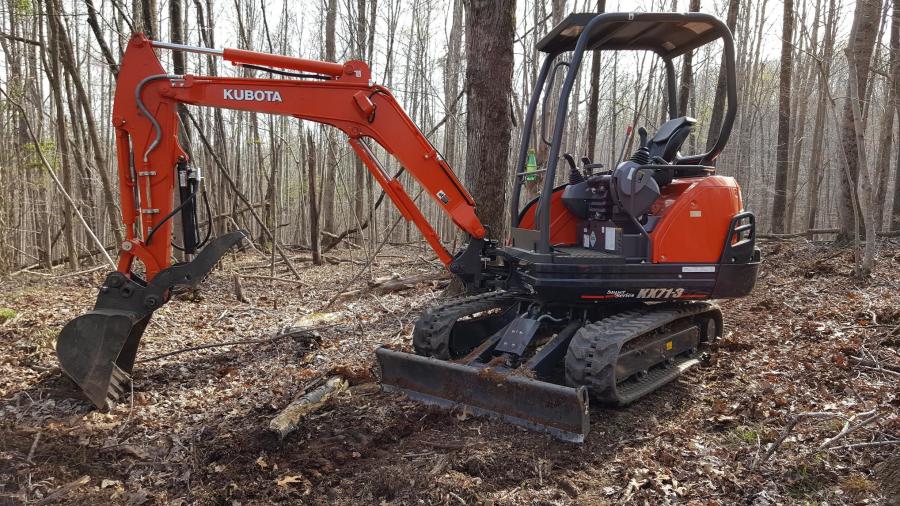 Kubota Tractor Corporation officially confirmed its plans to plant solid roots in Kansas for its North American Distribution Center (NADC) by announcing the details of its letter of intent Oct. 21 to purchase 203 acres near the company's current leased facility in Edgerton, Kan.

Kubota Tractor Corporation officially confirmed its plans to plant solid roots in Kansas for its North American Distribution Center (NADC) by announcing the details of its letter of intent Oct. 21 to purchase 203 acres near the company's current leased facility in Edgerton, Kan. The company plans to design and build two one-million-sq.-ft. facilities to expand their distribution capacity and streamline logistics processes for the timely delivery of Kubota branded service parts and equipment to its increasing customer base in the U.S.

“After more than two years of operating in Kansas with such positive results, we are now confident about building more infrastructure here,” said Masato Yoshikawa, president and CEO of Kubota Tractor Corporation. “We've had access to an excellent workforce in the area and we've built a quality team; together, we've achieved operational efficiencies to better serve our dealers and customers and we remain committed to growing and expanding to ensure we are equipped to support Kubota's continued Midwest growth and overall North American expansion.”

In addition to the logistics facilities, Kubota also announced an additional commitment to its Midwest dealers and customers by establishing a fifth operational division and sales office in Edgerton. The new Midwest Division office will reside within the same complex as the parts and whole-good operations and provide an essential sales presence for Kubota in the heartland of America.

Mike Jacobson, a 17-year Kubota veteran, will be appointed as director and division manager of this new division effective January 1, 2018, and will lead the company's efforts to expand its product offerings and markets in the Midwest.

“This expansion is a promising opportunity for Johnson County and the entire state. Kubota's decision to expand so significantly here demonstrates firsthand that Kansas is a state that makes investment dollars worthwhile,” said Governor Brownback. “Kubota already employs 150 Kansans in Edgerton, and the expansion could add another 150-200 on top of that. I'm so pleased about the growth and opportunity for Kansans this will bring.”

Kubota's NADC will continue to receive and process shipments from Asia and Europe, in addition to a number of daily truckloads of goods from suppliers in North America. It will continue to be the worldwide source for many Kubota parts, which will be exported globally.

In late 2016, the company announced the 617,000-sq.-ft. expansion of its National Distribution Center (NDC) in Jefferson, Ga. Jointly, the NADC in Kansas and NDC facility, located near Kubota's manufacturing operations and their Southeast Division in Georgia, strengthen Kubota's distribution capacity and infrastructure in North America to support its aggressive business growth. Like the NDC, the new Kansas facilities will increase the company's capabilities to deliver the right products to Kubota dealers at the right time.

The new Midwest Division is an extension to the company's existing divisional operation structure. The existing division offices are located in Suwanee, Ga.; Fort Worth, Texas; Columbus, Ohio; and, Lodi, Calif., and will continue to provide regional support to Kubota dealers.