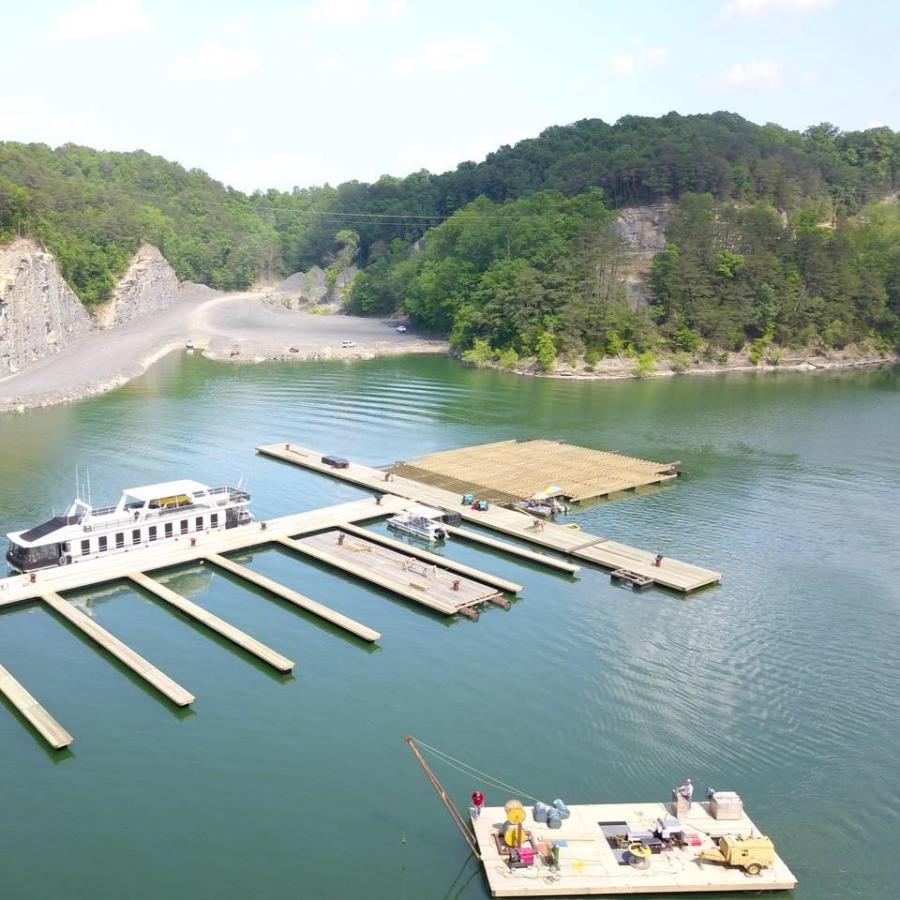 Marina at Rowena photo KYTC has approved $217,000 for the resurfacing and repair of KY 558, the access road to Marina at Rowena, a $10 million commercial marina development currently under construction on the banks of Lake Cumberland.

As part of Gov. Matt Bevin's ongoing commitment to provide a modern and safe transportation system that encourages economic growth across the Commonwealth, the Kentucky Transportation Cabinet (KYTC) has approved $217,000 in discretionary funding for the resurfacing and repair of KY 558 in Russell and Clinton counties. KY 558 serves as the access road to Marina at Rowena, a $10 million commercial marina development currently under construction on the banks of Lake Cumberland.

“Cooperation between local and state leaders is a vital component in providing Kentuckians with an efficient transportation system that supports regional economies,” said Thomas. “I am grateful for Gov. Bevin's unwavering commitment to modernizing Kentucky's transportation infrastructure and would like to thank Russell County Judge/Executive Gary Robertson and Clinton County Judge/Executive Richard Armstrong for their partnership and investment in this project. We're eager to continue building on this collaborative approach to asset management at the county level.”

Safety improvements will be addressed by resurfacing the road to support the increase in traffic generated by the new marina. Currently, traffic on this portion of KY 558 is minimal as it terminates at the lake. Nearly one mile of roadway will be treated, crossing from Russell County into Clinton County.

“Lake Cumberland is a huge asset to Kentucky's tourism economy,” Parkinson said. “We appreciate Governor Bevin and Secretary Thomas for recognizing the significance of this road repair project, and we appreciate the efforts of the local officials in Russell and Clinton counties in working with the Commonwealth to ensure safety for our citizens and visitors.”

“On behalf of Russell County, I was pleased to partner with KYTC, Judge/Executive Armstrong and Marina at Rowena LLC to ensure this project moved forward,” said Robertson. “The Bevin administration has shown a commitment to supporting Kentucky's booming tourism industry, and improvements to KY 558 will serve an important role in increasing economic opportunities for our entire region.”

Armstrong added: “We want to thank Governor Bevin for funding this necessary work. Safety for area visitors is our first priority, and that includes ensuring our roadways can handle high traffic volumes.”

Marina at Rowena LLC plans to provide a parking lot and launching area on the lake, as well as 121 boat slips and a café.