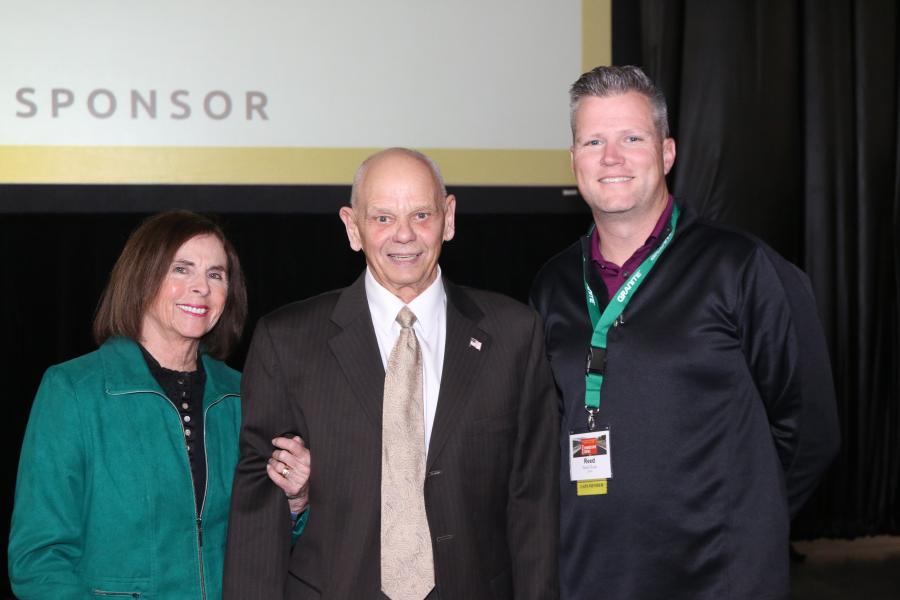 Hal LaBelle grew up in Centerville, Utah, and graduated from Davis High, where he was active in student government and athletics. He went to Utah State on a baseball scholarship and graduated in 1960 after majoring in industrial management and minoring in economics. Hal also received an MBA from LaSalle University Extension in 1970.

Hal's career took an unexpected turn almost immediately after graduation in 1960. He had started working for a construction company. At the time, his dad was a chemical engineer who was working as the area lube oil manager for Phillips Petroleum Company. His dad and a co-worker decided to be partners and start Utah Emulsions Company. The partner passed away six months after they organized the new company. At that time, Hal's father asked him to join him in the new venture. He happily agreed.

Hal gives his dad credit for teaching him, by example and expectation, to have a great work ethic. He says his dad also had a positive attitude. Those attributes had a big impact as they started Utah Emulsions from ground zero, and the same attributes helped the company continue to be successful for many years after that. Hal is proud to be his father's son because his dad was genuine and was always the same person regardless of who he was with. His dad's best advice — and something Hal has heeded his entire career — was to "make recommendations that are best for your clients, not you; in the end, you will benefit because your clients will always trust you."

It was that advice that helped him receive the Hall of Fame honor at the Utah Asphalt Conference.

Hal worked with his dad for 15 years, until his passing, far too young, at the age of 58. Hal continued to work as president of the business for another 10 years until the decision was made to sell Utah Emulsions to Koch Asphalt Co., a division of Koch Industries headquartered in Wichita, Kan. Hal stayed on with Koch as sales manager of the Western Region through 1998. After that, he joined Asphalt Systems Inc. as an intermountain marketing manager. He is currently a senior advisor on a part-time basis.

During his entire career, Hal has had the opportunity of working with state DOTs, counties, cities and contractors and has supplied them with liquid asphalt products for their road maintenance projects. He has loved his work and appreciated the close friendships of co-workers and clients. Hal particularly admires two men who influenced and taught him:

Hal is also glad to have worked together with Phil Manning for over 40 years. Phil is currently the general manager of the ASI Salt Lake facility, and he was Hal's plant and operations manager of Utah Emulsions and Koch.

Hal enjoys working with other co-workers and clients as well. He has enjoyed working with state, county, city and contractor individuals and to learn from many of them. He has always respected and admired their professionalism.

In addition to being awarded his engineering degree in 1960, Hal also married his college sweetheart. They have four children: Lisa, Rick, Curt and Mark. His family has been a great support for him. His sons Rick and Mark have worked with him at ASI for more than 15 years, and he has enjoyed working alongside them and learning from them. Both work with ASI's road division, Rick out of Boise, Idaho, and Mark out of Salt Lake.

Hal feels very fortunate to have had excellent co-workers and to work with friends and family. For Hal, work is what you do to provide for your families, but he says the relationships he has developed with co-workers and customers have had an important positive effect on his work experience and results.

Since graduation, Hal has always been active in industry organizations on a local and national level, which has been very important and helpful for him. It was an honor and a great experience for him to serve on the board of directors and as vice chairman and chairman of the Associated General Contractors, a national organization that consists of associates and suppliers. Hal sees the asphalt industry as a team. Building and maintaining quality roads for the public is an important responsibility. Being successful depends on working together effectively. He sees associations like UAPA as a way to help members with that goal. UAPA also allows members to foster good relationships with suppliers and contractors.

Hal has some good advice for those new to the industry:

1. Become aware of how important asphalt is to our way of life. Asphalt matters because the country as a whole and individual people all need good roads.

2. Focus on good relationships with customers and colleagues.

3. Be honest. Unfortunately, there are fewer and fewer people who consider a handshake to be totally trustworthy. Do what you say you are going to do; that, in and of itself, will put you firmly on the path toward success.