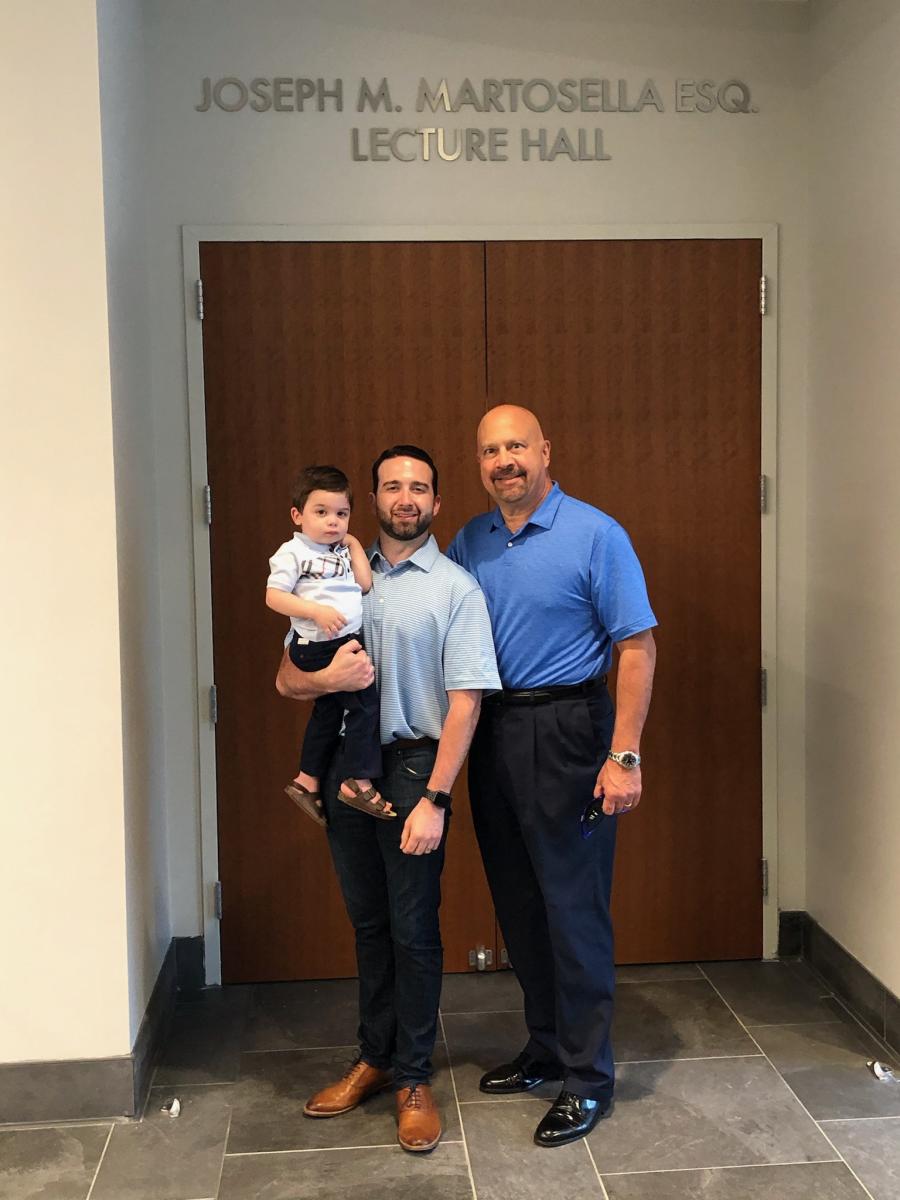 The $30 million facility, which is geared toward training the next generation of professional construction craft laborers, was supported by a $4.5 million Redevelopment Assistance Capital Program grant from the state.

"The new facility represents hard work, education, jobs, changing the lives of individuals and families for the better and careers in the union construction industry," said Joseph M. Martosella Jr., vice president of Driscoll Constriction Inc., Blue Bell, Pa., in his remarks at the grand opening.

"The Martosella family is extremely proud of this recognition the Laborers District Council bestowed upon my father, Martosella Jr. said. "My father would be extremely proud, flattered and humbled by this honor. My father had a close working relationship with the Laborers for over 50 years; he had the highest level of respect for Mr. Sam Staten Sr. They worked together many years, and even though they were on opposite sides of the bargaining table, with the mutual respect they had for each other, they were able to put out many fires together for the betterment of the union construction industry."

Martosella Sr. was a "Philly" guy, according to his son. He was raised and educated in Philadelphia before joining the U.S. Navy in 1954.

Martosella Sr. started his construction career at 17 years old and it ended at 87 years old. All 70 years with the same company — Buckley & Co. Inc. — and he was their long-time vice president and general counsel — a true testament to his sense of dedication and loyalty, his son said.

Martosella Sr. served four years as the president of the Contractors Association of Eastern Pennsylvania, as well as its labor committee chairman for more than 50 years and was a life member board of director. He was a life member board of director of Associated Pennsylvania Constructors (APC); and a member of Associated General Contractors (AGC), for which he was a union contractors committee member for more than 50 years. He was past president of Mid-Atlantic Construction Management Association (MACMA) and a past trustee and past membership committee chairman of The Moles.

"My father enjoyed inspiration quotes — this was one of his favorites: ‘a man's success is measured by the way he is described by his children to others.'

"He would send to me, my brother and two sisters copies of articles, books, essays, opinions on a variety of subjects from health, self-improvement to the many different facets of construction management to contract administration. He prided himself to teach and educate to make us and anyone he knew better. My father was a leader, mentor, role model and he was an educator. He believed that you were never too old to learn."

"Then came e-mail, and I just could not keep up with the constant flow of all this reading material my father was sending me. I would receive the most because I was in the construction industry. I would read most of it, but I did not read all of it. It was a lot. When he sensed that I was not reading everything he sent, he would quiz me, ‘did you read that article about insurance?' I would say yes. He would ask me ‘did you read that article about Collective Bargaining?' I would say yes. Then he would ask me about another publication that I did not read, and I would try to bluff my way through it and that was a mistake.

"So, I came clean and told him that I did not have time. He said very sternly, ‘make time.' He pointed at me and said, ‘you make time.'

"Allow my father's two words guide you" —"'Make time' and take advantage of what this new, outstanding, state of the art Laborers District Council Training and Learning Center —The Samuel Staten, Jr. Building has to offer." CEG