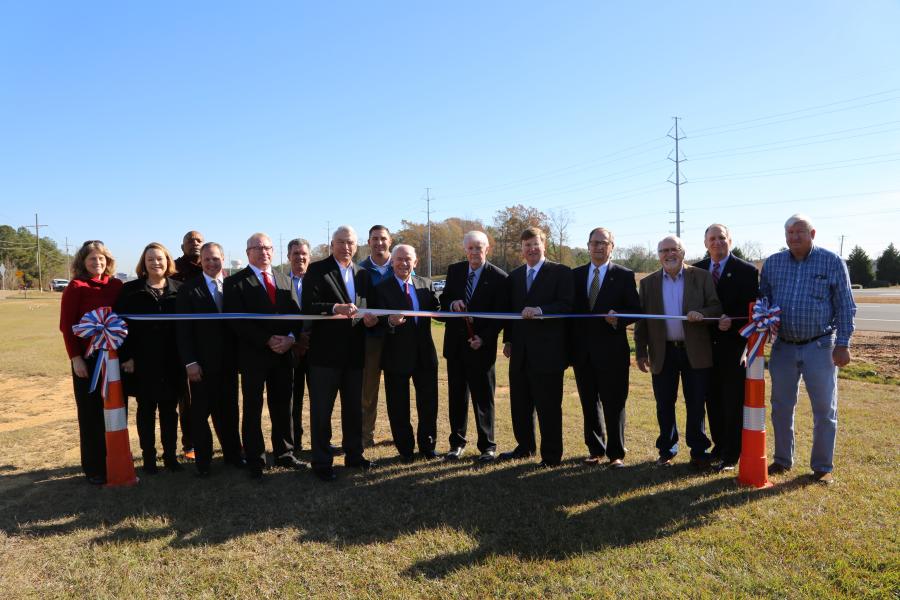 “This type of transportation improvement project enhances infrastructure that will provide opportunities for economic development and growth along Highway 25 in Flowood, Rankin County and the state of Mississippi,” Hall said. “The project also supports MDOT's number one priority to maintain roadways that are safe for the traveling public and motorists in this area.”

During the 2014 Legislative Session, the Mississippi Legislature appropriated $10 million of MDOT's budget for the construction of this project. The approximately $36.3 million contract was awarded to Superior Asphalt Inc. Construction began in October 2015.

This project provides a smoother and safer ride for the public by relieving traffic congestion and improving the road surface to increase the capacity for this route. In addition to adding a new lane in each direction, the bridge over Flowood Drive was expanded and all major intersection configurations were improved.

“Everything that was put into this project is designed to increase the safety and efficiency of the traveling public,” Hall said. “From intersection reconstruction to intelligent transportation system components, this project shows MDOT's commitment to safety.”

Improvements that are less visible, but just as important to safety, were also installed on the project. An existing fiber optic line was extended to allow for more video camera traffic monitoring, interconnecting the traffic signals to improve traffic flow and tie them into the statewide traffic management center. Additional hardware also was installed to allow for implementation of an adaptive traffic signal system that continuously counts traffic volumes and adjust traffic signal timings based on conditions.

“The Annual Average Daily Traffic for Lakeland Drive from Airport Road to Grants Ferry Road is almost 40,000 vehicles,” Hall said. “That's a lot of people moving in a short distance. The completion of this project will help everyone get where they are going quicker and safer — especially right here during the holidays.”

“Highway 25 is one of the busiest stretches of roads in the state and a major economic driver for central Mississippi,” Lt. Gov. Reeves said. “Any commuter has seen the difference this finished project has made over the past few weeks, and I look forward to seeing more private investment and jobs in Rankin County as a result. I appreciate Commissioner Hall, MDOT staff and everyone who worked to complete this expansion.”

While all six lanes are open to traffic, motorists are encouraged to use caution as crews work to complete medians and shoulders on Lakeland Drive.