Metropolitan Council Environmental Services (MCES), operator of the metro-area wastewater collection and treatment system, is making improvements to the existing and aging sanitary sewer system in Minneapolis. This sewer rehabilitation project is located along the north side of East Minnehaha Parkway, and the tunnel is located under Minnehaha Creek, Hiawatha Avenue and the METRO Blue Line light rail corridor. 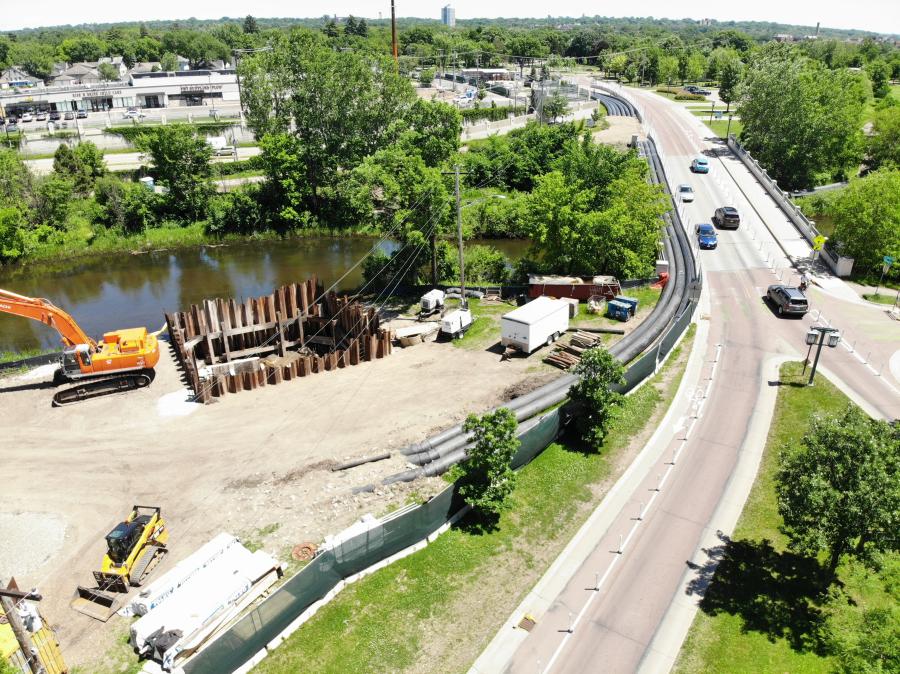 The contract was awarded to Lametti & Sons Inc. of Hugo, Minn. The company is rooted in the work of Geremia Lametti, an immigrant who began by constructing brick manholes and appurtenances in the late 1920s. In 1953, Lametti and his son, Victor J., incorporated the company now known as Lametti & Sons.

Today, the company specializes in civil construction and trenchless renewal of sanitary, storm, waste and water pipelines, as well as tunnels and mined spaces.

"We started the job in the fall of 2019 and expect to be substantially completed spring of 2021. As of today, we are right on schedule," said Mario Lametti, current owner of and CEO of Lametti & Sons.

To facilitate the work, a 6,500-linear-ft. bypass consisting of two to four 24-in. HDPE pipe weaves through the community. Asphalt covers the bypass at locations of road crossings and bike paths. The labor on the job typically consists of two crews and two full-time (24/7) pump watch persons.

With concrete being used for the structures, one of the main pieces of critical equipment needed for the project is the Putzmeister Magnum combination mixer pump. As Putzmeister's most versatile concrete repair pump, the Magnum is ideal for wet-process shotcrete in civil applications. It has a powerful 46 hp Deutz diesel engine and conveys low slump concrete and packaged high-performance materials over long distances.

"The concrete pump that we purchased from Gary Carlson Equipment was very fundamental piece of equipment for placing the cement in the subterminal structures that have difficult access such as the vortexes and flow control structures," said Lametti.

Gary Carlson Equipment, with locations in Blaine and Roseville, Minn., has long been a partner of Lametti & Sons, providing specialty equipment for many of the company's project needs. Gary Carlson has supplied Lametti & Sons with the products it needs — trench boxes, shoring, concrete forms, excavators, concrete pumps and more. 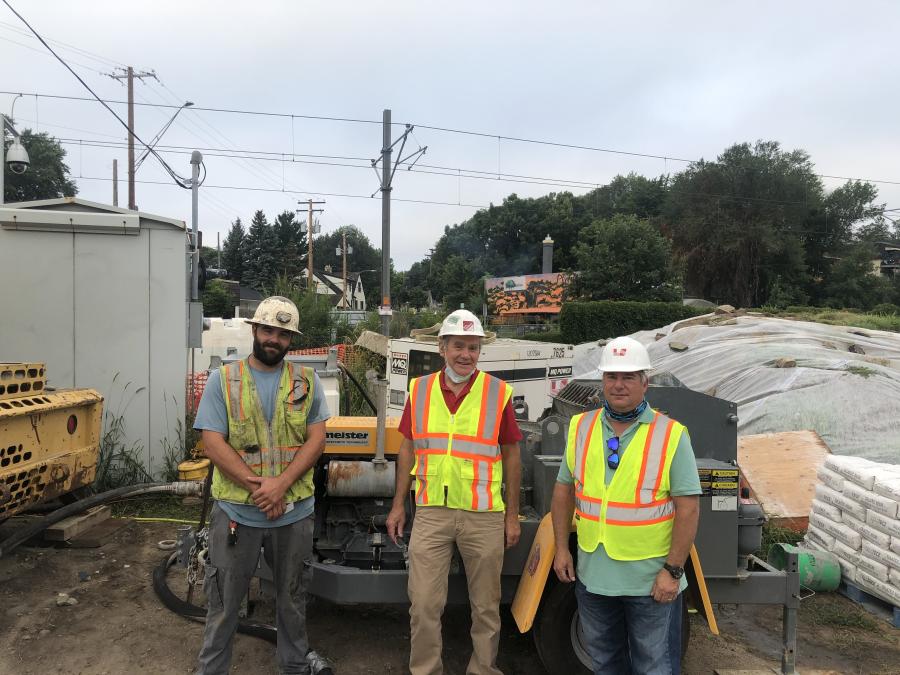 "Our two companies have worked together for more than 60 years," said Gary Carlson, president of Gary Carlson Equipment. "Both companies have grown over the years and have been passed down to new generations. Our relationship remains strong to this day."

Gary Carlson Equipment started out as Carlson Equipment, founded by Gary's father, Paul. Paul had worked for American Hoist and Derek and then decided to launch his own equipment supply house that featured hoist, cable, dereks and riggers as well as cable excavators.

Mario's grandfather Geremia began working with Paul back in the early 1950s, purchasing Marion cable excavators and draglines for much of the sewer and water work being done as the Minneapolis and St. Paul suburbs began to expand.

"The Lametti/Carlson working relationship is a special endeavor that continues to grow," said Joe Miller, regional product representative of Gary Carlson Equipment. "We're building infrastructure for our future citizens with safety at the forefront." CEG