The road would connect the communities of King Cove and Cold Bay, which has an all-weather airport needed for emergency medical flights. 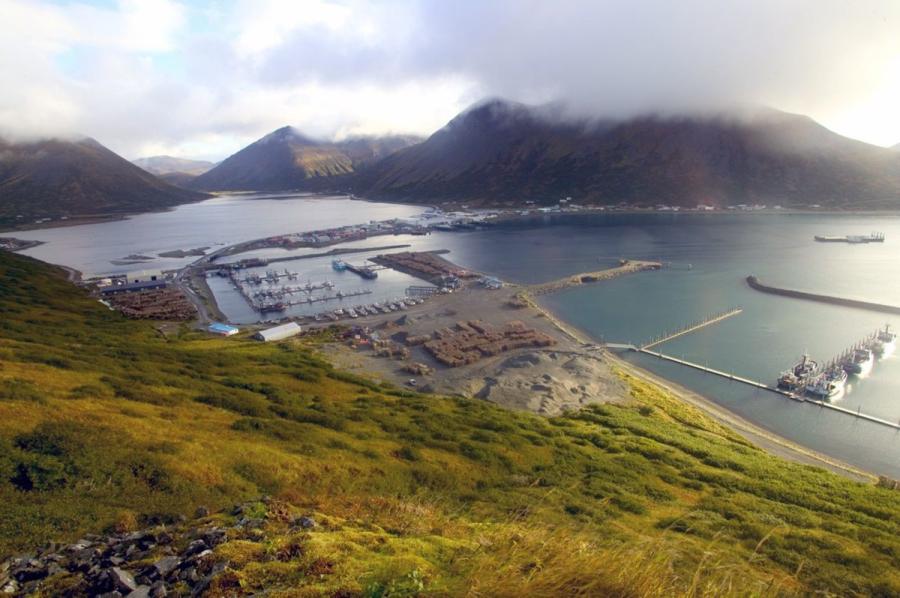 King Cove is a village of more than 900 people near the tip of the Alaska Peninsula, the body of land in Alaska's southwest corner that juts toward the Aleutian Islands. Strong winds and mountains frequently prompt cancellation of flights into the village.

ANCHORAGE, Alaska (AP) — The Interior Department will explore a land exchange that could lead to construction of a road through a national wildlife refuge in Alaska.

An agreement expected to be signed this month calls for the King Cove Corp., an Alaska Native village corporation, to identify up to 0.8 square miles of its land that could be swapped for equal-value land within Izembek National Wildlife Refuge.

The road would connect the communities of King Cove and Cold Bay, which has an all-weather airport needed for emergency medical flights.

An evaluation of lands of equal value would “ideally” culminate with a land exchange and a road through the refuge, said Laura Tanis, spokeswoman for the Aleutians East Borough.

“As we've said before, this is about health, safety and quality of life for the King Cove residents,” she said in an email response to questions.

King Cove is a village of more than 900 people near the tip of the Alaska Peninsula, the body of land in Alaska's southwest corner that juts toward the Aleutian Islands. Strong winds and mountains frequently prompt cancellation of flights into the village.

Residents for decades have sought a road link to Cold Bay, site of the airport built during World War II.

Supporters say the one-lane, gravel road would carry medical patients and private traffic but would be closed to commercial uses such as transporting fish.

Congress in 1997 addressed the King Cove transportation issue with a $37.5 million appropriation for water access to Cold Bay that included a $9 million hovercraft. The Aleutians East Borough took it out of service after deciding it was too expensive and unreliable to operate.

Environmental groups strongly oppose a road, which would split a narrow isthmus separating ocean lagoons that provide important habitat for hundreds of thousands of migrating birds.

The isthmus is the southern border of the 150-sq.-mi. Izembek Lagoon, holding one of the world's largest beds of eelgrass, a rich food source for Pacific brant, endangered Steller's eiders and other migratory birds.

The U.S. Fish and Wildlife Service in 2013 concluded that a 22-mi. road through the isthmus could cause irrevocable damage to the watershed. Former Interior Secretary Sally Jewell agreed with a Fish and Wildlife analysis that found a land exchange could not compensate for the special qualities of existing refuge lands.

Environmental groups vow to challenge any road-building because of the harm and the precedent it would set in opening up other federal wild lands.

King Cove officials a year ago said they were optimistic that their request for a road would fare better under President Donald Trump than under the Obama administration. King Cove has the backing of the state of Alaska and its congressional delegation.

The new agreement of an exchange of up to .8 sq. mi., or 500 acres, of corporation land is far less than previous proposed exchanges.

In July, the U.S. House approved legislation proposing a swap of 0.3 sq. mi. in Izembek for 67 sq. mi. of state land.

An Interior Department spokeswoman did not return an email seeking comment.