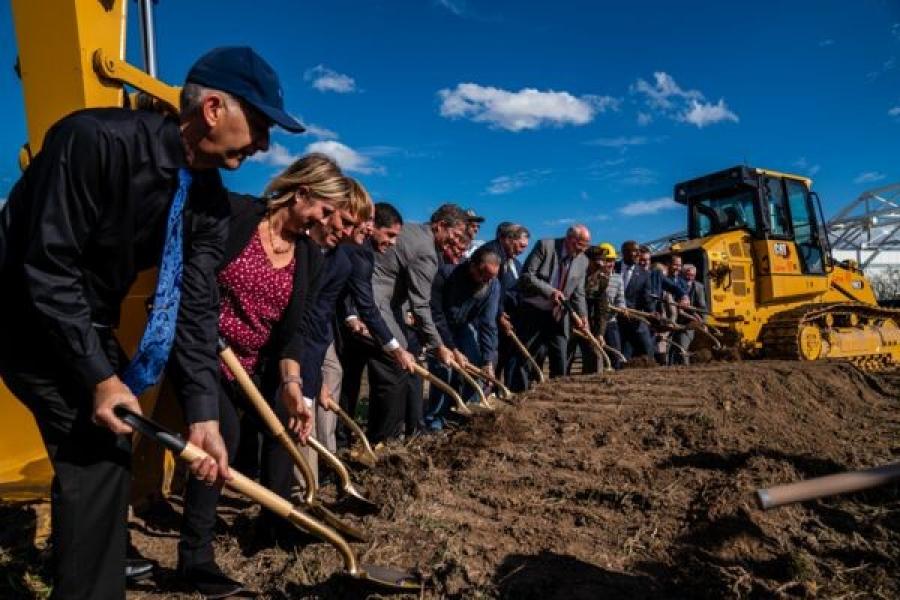 The Lane Construction Corporation broke ground on the $258 million USACE Kansas City Levee Flood Risk Management Project. The project will reduce the risk of a levee breach and overtopping during future flooding events in the surrounding area.

The Lane Construction Corporation, the United States subsidiary of Webuild Group, has broken ground on the Kansas City Levee Flood Risk Management Project. The $258 million U.S. Army Corps of Engineers (USACE) contract will reduce the risk of a levee breach and overtopping during future flooding events in the surrounding area.

The project is shared between both Kansas and Missouri and consists of work along the Argentine, Armourdale and Central Industrial District levees in the Kansas City metropolitan area. The system protects 7.65 sq. mi. of industrial, commercial and residential areas, and includes more than 27,000 residents, 2,700 structures and $10 billion in investments. The area is vital to the national economy as a manufacturing, distribution, transportation and warehousing hub, and includes one of the largest networks of U.S. Class I rail yards in the nation.

Lane is working on other water projects throughout the United States, including another smaller USACE levee in the same area; the construction of a reservoir in South Florida as part of the Everglades restoration; and three combined sewer overflow (CSO) tunnel projects that will bring clean water to the Washington, D.C., Seattle, Wash. and Fort Wayne, Ind. communities.

The Lane Construction Corporation is one of America's leading construction companies, specializing in large, complex civil infrastructure. For more than 130 years, it has contributed to the development of the country's transportation systems including the Interstate Highway and a vast network of roads, bridges, airports, metros and railways.

Lane specializes in mobility, tunneling, water and wastewater treatment plants to address sustainable development and climate change adaptation challenges. It also is a pioneer in project delivery methods and the use of design-build and public-private partnerships.

Lane projects include the C-43 West Basin Storage Reservoir in Florida, an Everglades restoration effort; I-10 Corridor Express Lanes in California; the LYNX Blue Line Extension in North Carolina; the Anacostia River Tunnel in Washington, D.C.; the I-395 Express Lanes Extension in Virginia; and the Unionport Bridge Replacement in Bronx, N.Y.

Based in Cheshire, Conn., it is wholly owned by Webuild, a global infrastructure group.