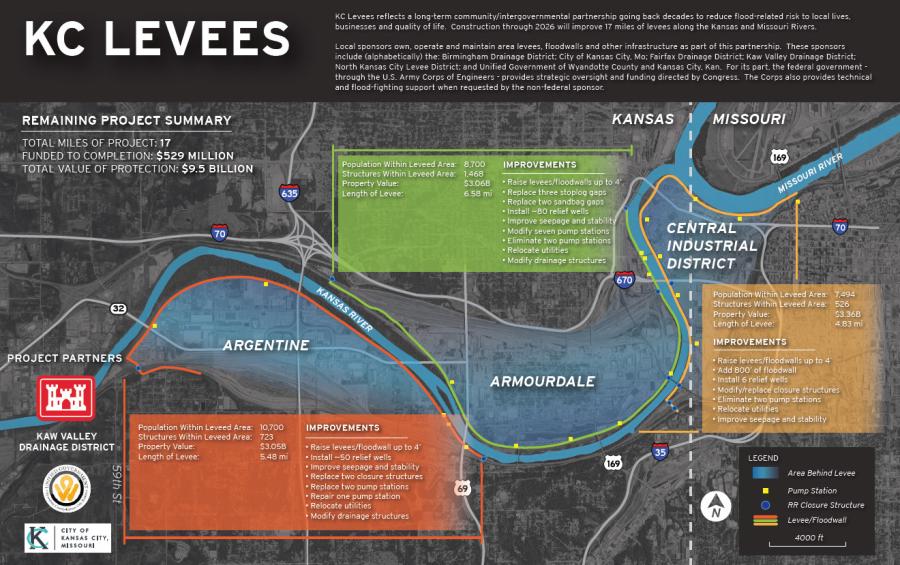 On May 12, Lane Construction Corporation, the United States subsidiary of Webuild Group, announced it has been awarded the Kansas City Levees Flood Risk Management Project.

The $258 million U.S. Army Corps of Engineers contract will reduce the risk of a levee breach or overtopping and subsequent major flood damage within the heart of Kansas City's industrial and commercial districts, reducing the flood risk to more than 27,000 residents and employees and more than $10 billion in infrastructure, including one of the largest networks of United States Class I rail yards in the nation.

The contract is the most recent win for the company in the major water resources and large earthwork projects sector, a key growth area for both Lane and Webuild. Lane also is working on another smaller U.S. Army Corps of Engineers levee project — The Blue River Basin — in the same area.

Lane has other water projects under way around the country: the construction of a reservoir in south Florida as part of the Everglades restoration and three tunnel projects that will bring clean water to the Washington, D.C.; Seattle, Wash.; and Fort Wayne, Ind., communities. Lane's current water projects account for more than $1.5 billion worth of work in the company's portfolio. Webuild is one of the global leaders in the water infrastructure sector, with infrastructure works covering the entire water cycle.