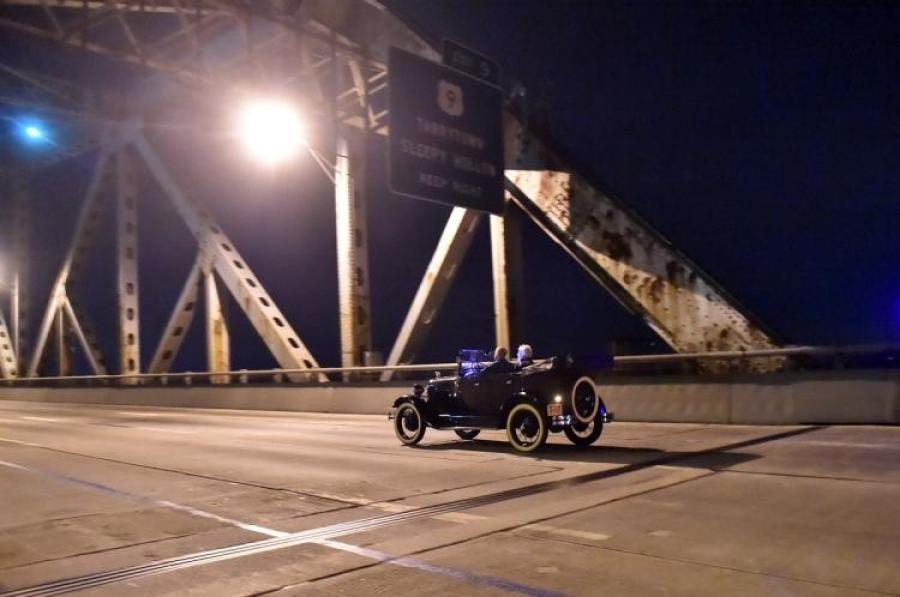 "If you're first across the bridge, everyone's going to be repeating that," Kestenbaum said. "I'm the last one to cross the bridge. I've got to tell you, what an honor."

With a 1929 Model A Ford Phaeton making the final 3.1-mile journey across the Hudson River, the Tappan Zee Bridge in New York City's northern suburbs has officially closed.

Much of the fanfare that accompanied the opening of an adjacent $3.9 billion twin-span named in honor of former New York Gov. Mario Cuomo in August was missing the evening of Oct. 6 when the Tappan Zee saw its final crossing, according to The Journal News.

Seth Kestenbaum was the last driver to cross the 62-year-old bridge around 10 p.m. in the vintage Ford.

"If you're first across the bridge, everyone's going to be repeating that," Kestenbaum said. "I'm the last one to cross the bridge. I've got to tell you, what an honor."

One of the two new spans is now accommodating traffic flowing both ways between Westchester and Rockland counties in New York's northern suburbs on the bridge named for current Democratic Gov. Andrew Cuomo's father, who died in 2015.

That span officially opened in late August for Rockland-bound drivers. Cuomo and other dignitaries were on hand for the ceremonial first ride across the bridge. On Friday night, Westchester-bound traffic was quietly diverted onto the same span.

A temporary concrete divider will be used until the second span opens next year.

The new bridge project was launched by the state Thruway Authority in 2013 after decades of political squabbling. The Tappan Zee opened in 1955.

Eventually, the Thruway Authority will give away parts of the old bridge's deck and its moveable barrier system. Eight counties have requested some of the 150 deck panels to be salvaged for reuse in other bridges.