The road is a piece of history that dates back 200 years. 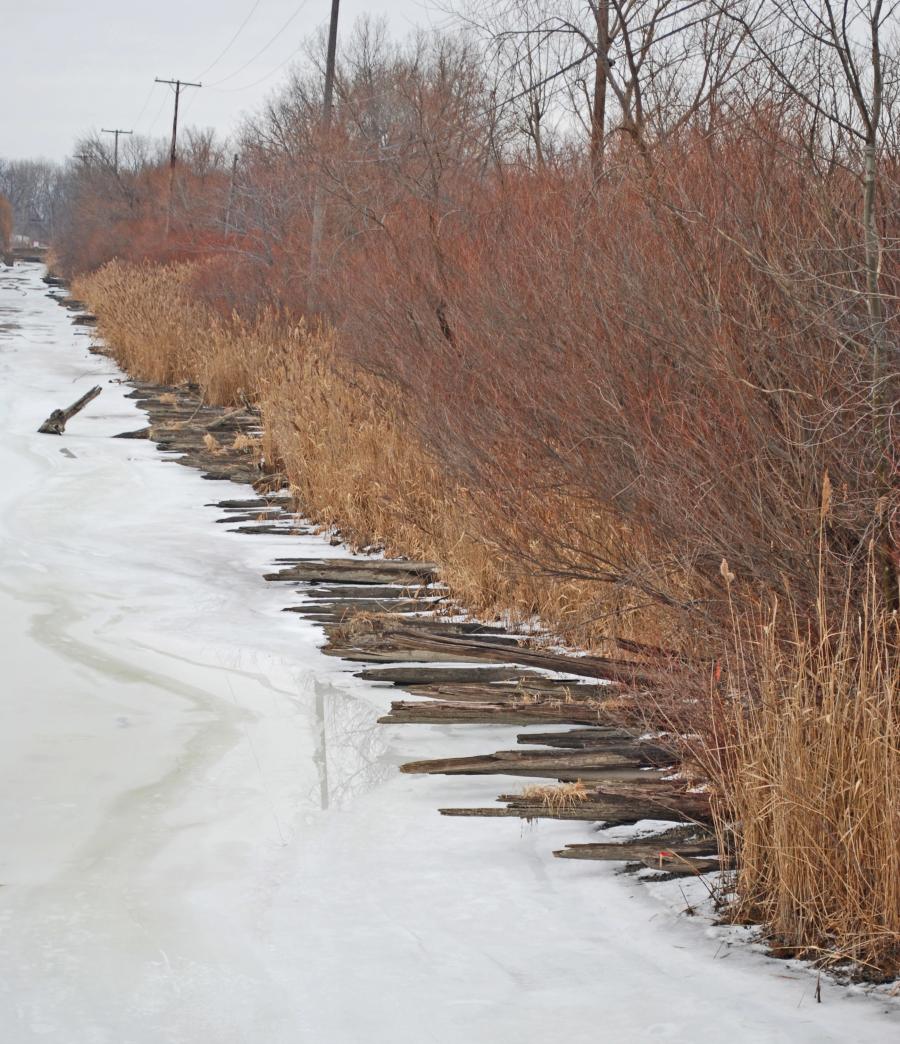 MONROE, Mich. (AP) The wooden remnants of a centuries-old military road known as Hull's Trace emerge when the water level is low near the spot where the Huron River empties into Lake Erie.

A road has been in this spot underneath modern-day West Jefferson Avenue in what is now the southern tip of Wayne County for more than 200 years, connecting Ohio and Detroit.

The road is a piece of Michigan's history that dates from its pre-statehood days and factored in one of America's earliest wars. But state law prevents the Michigan Department of Transportation from adding the entire road, including the section with the wooden logs built to supply American forces in the War of 1812, to a program aligned with the award-winning Pure Michigan marketing campaign.

Instead, only the southern portion of the route — M-125 (South Dixie Highway) from Monroe south to the Ohio line — is eligible for inclusion, meaning that's where Monroe-based historian Rusty Davis and others will focus when they apply in coming months to have the road designated as part of the state's Pure Michigan Byways program.

The program, which already recognizes part of the route within the city of Monroe, highlights some of the state's most noteworthy driving trips, whether scenic, cultural or historical. But the stretch with the actual remnants of the 200-year-old road in Brownstown Township cannot be included because it is considered a Wayne County road, rather than a part of the state trunk-line system. The legislation that created the byways program limits the designation to state trunk-line highways, such as M or U.S. routes or interstates, according to the Detroit Free Press.

Such a designation, assuming it comes for the southern portion of the route, is expected to boost the area's profile and its appeal to tourists. Routes in the program, such as Woodward Avenue from Detroit to Pontiac, the Iron County Heritage Trail in the Upper Peninsula and the Tunnel of Trees in Harbor Springs, are featured in the glossy “Pure Michigan Byways and Tour Routes Driving Guide' posted online, and are eligible for special road signs indicating their significance.

Davis, who is a research volunteer at River Raisin National Battlefield Park, said officials at MDOT recognize the relevance of the entire route and have been helpful.

“It's hugely important, and MDOT recognizes that. At this point there's nothing they can do,' Davis said, noting that it would take a legislative act to change the rules of the program.

State Sen. Tom Casperson, R-Escanaba, and state Rep. Ben Glardon, R-Owosso, who both chair transportation-related committees in their respective chambers, did not respond to a request for comment.

Tom Doyle, a transportation planner who manages the Pure Michigan Byways program and oversaw its transformation from the Michigan Heritage Route program in 2014, said the department is simply following the legislation as written in selecting only state trunk line roads. He noted that the late state Rep. Peter Pettalia, R-Presque Isle, a sponsor of the 2014 legislation, was a major supporter of making a connection with the Pure Michigan campaign, but the state trunk line requirement was a holdover from the earlier Heritage Route program.

Doyle said the byways program relies on local grassroots efforts to find and promote the routes.

“We're there to help them do that, but it really has to come from them,' Doyle said, noting that the driving guide is a showcase for the state. “It's a driving guide to market to the traveler what are some of the best roads to travel in the state.'

Doyle said that even though the designation would only cover the southern portion of the route, it's possible the rest of the route could be mentioned in the driving guide. Doyle said he is waiting for Davis to submit an application.

The driving guide has 20 routes and will add M-22 in Benzie and Manistee counties this fall, Doyle said. In addition to the state-designated routes, the driving guide also features the federally designated Whitefish Bay and Black River national forest scenic byways. Listings tout the history of the routes, things to see and do and trip-planning details, all with tour-book quality photos.

The limitation on the program designation did not sit well with Wayne County Commissioner Raymond Basham, D-Taylor, whose district includes Brownstown Township. Basham said he planned to contact legislators in both the state House and Senate in an effort to seek a change.

The road has not gone unnoticed by state and national historians. A state historical marker stands on parkland adjacent to West Jefferson Avenue a short distance from the area with the logs. And Hull's Trace also is listed on the National Register of Historic Places. Hull's Trace, which goes as far south as Urbana, Ohio, is named for William Hull, the man who ordered the road's construction. Hull was Michigan's territorial governor and a brigadier general who was court-martialed because of his surrender of Detroit to the British on Aug. 16, 1812.

Davis spent years with fellow research volunteer Bill Saul tracking down maps related to what they call Michigan's First Road. They tracked its earliest recording to an 1804 postal route map, noting that the road “was little more than an ancient Native American foot trail through Michigan wilderness, passing through two Native settlements and linking the rapids on the Miami [Maumee] River with the former French settlement of Detroit.'

The road was key to most of the military actions in Michigan during the War of 1812, and was its “only surveyed and improved road until the mid-1820s,' according to information from Davis. Michigan became a state in 1837.

“Right here, West Jefferson Avenue on down to the Ohio line was the very first surveyed and improved road in [what is now] the state of Michigan being surveyed in January of 1809. It follows the same route that it followed then,' Davis said. “It's the most historic stretch of highway in the state of Michigan.'

Davis and those who support the effort to seek a byways designation see it as not just a potential marker of the area's role in the War of 1812, but as a key to promoting the entire corridor's contributions, including during later periods as the population and industry grew.

Terry Beamsley, executive director of the nonprofit River Raisin National Battlefield Park Foundation, said it's easy to overlook the significance of something like a road.

“What we're looking at is making people aware of the fact that there's a road that probably thousands of people travel on every single day that actually has hundreds of years of really important history, you know, important to the development of the early United States, important to the state of Michigan, important for many, many reasons, and people still travel it today,' Beamsley said.

In years past, route proponents might have looked to the federal government's National Scenic Byways program as a way to highlight the entire route. However, that program was last funded in 2012 and the Federal Highway Administration has stopped soliciting applications.

Davis said he intends to submit a formal application to the Pure Michigan Byways program by the beginning of next year for M-125 and then look to politicians to help find a way to designate the entire route in Michigan from the Ohio line to Hart Plaza in Detroit. He sounded optimistic at the prospect.