Caltrans has found a simple and cheap solution to eliminate leaks in the Bridge's new span. 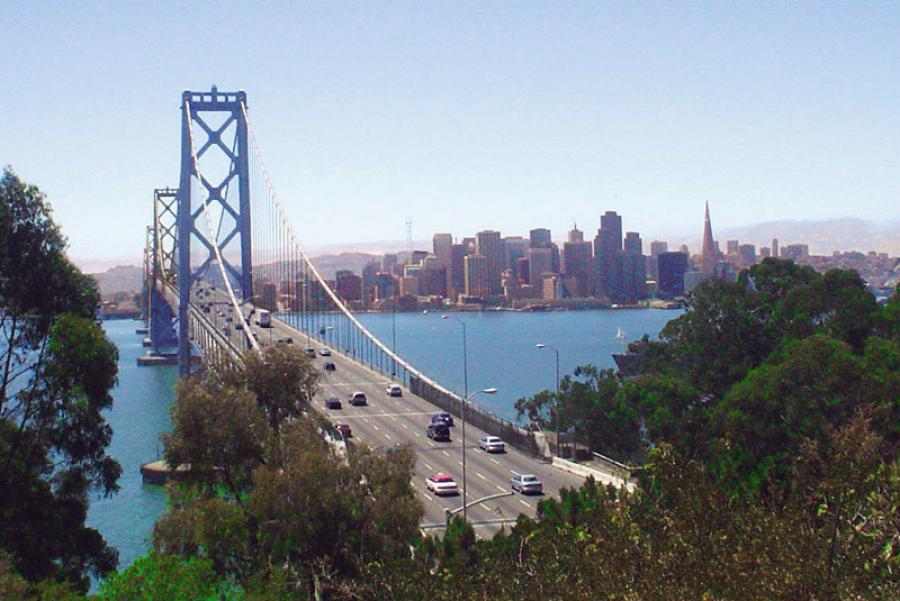 Image courtesy of Bruce C. Cooper. The simple solution comes after authorities spent more than $1.4 million trying to plug the leaks to keep rainwater from pooling inside the hollow structures.

SAN FRANCISCO (AP) - Caltrans has found a simple and cheap solution to eliminate leaks in the Bay Bridge's new eastern span that could cause corrosion and other damage to the cable at its anchorages, authorities announced.

Bridge officials said almost no water is making it into the hollow steel structures despite recent heavy rains thanks to industrial-grade caulk used to seal the gaps between the asphalt road surface and the guardrails, the San Francisco Chronicle reported (http://sfg.ly/1REAihf).

&#8220Everything is looking pretty good,” saidáDan McElhinney, the Caltrans district official in charge of the eastern span project.

Caltrans struggled with water leaking into the steel support structures during construction and the problem got worse after the bridge opened in September 2013, when rainwater began to drip underneath the road decks.

The simple solution comes after authorities spent more than $1.4 million trying to plug the leaks to keep rainwater from pooling inside the hollow structures.

Caltrans structures maintenance engineer Ken Brown said 90 percent of the leaks have been eliminated since workers began applying the industrial-grade caulk, which costs about $40 a tube, last year. Caltrans said the seal job cost less than $100,000.

“In the last couple of storms, we have not seen any water coming,” Brown said. “We are trying to go out after every storm to see what more leaks.

“These bridges are not designed to be watertight. But we are getting a lot closer to where we want.”

Lisa Fulton, a Berkeley corrosion expert, said she is encouraged that Caltrans appears to have gotten a handle on the water problem.

“Maybe they got something right this time _ but we will have to wait and see,” she said.

Engineers are exploring a longer-term fix for the problem, Brown said.

As for the $1.4 million spent on the earlier, unsuccessful repair jobs, Brown said, “I think that sometimes people look for bigger problems than they have.”