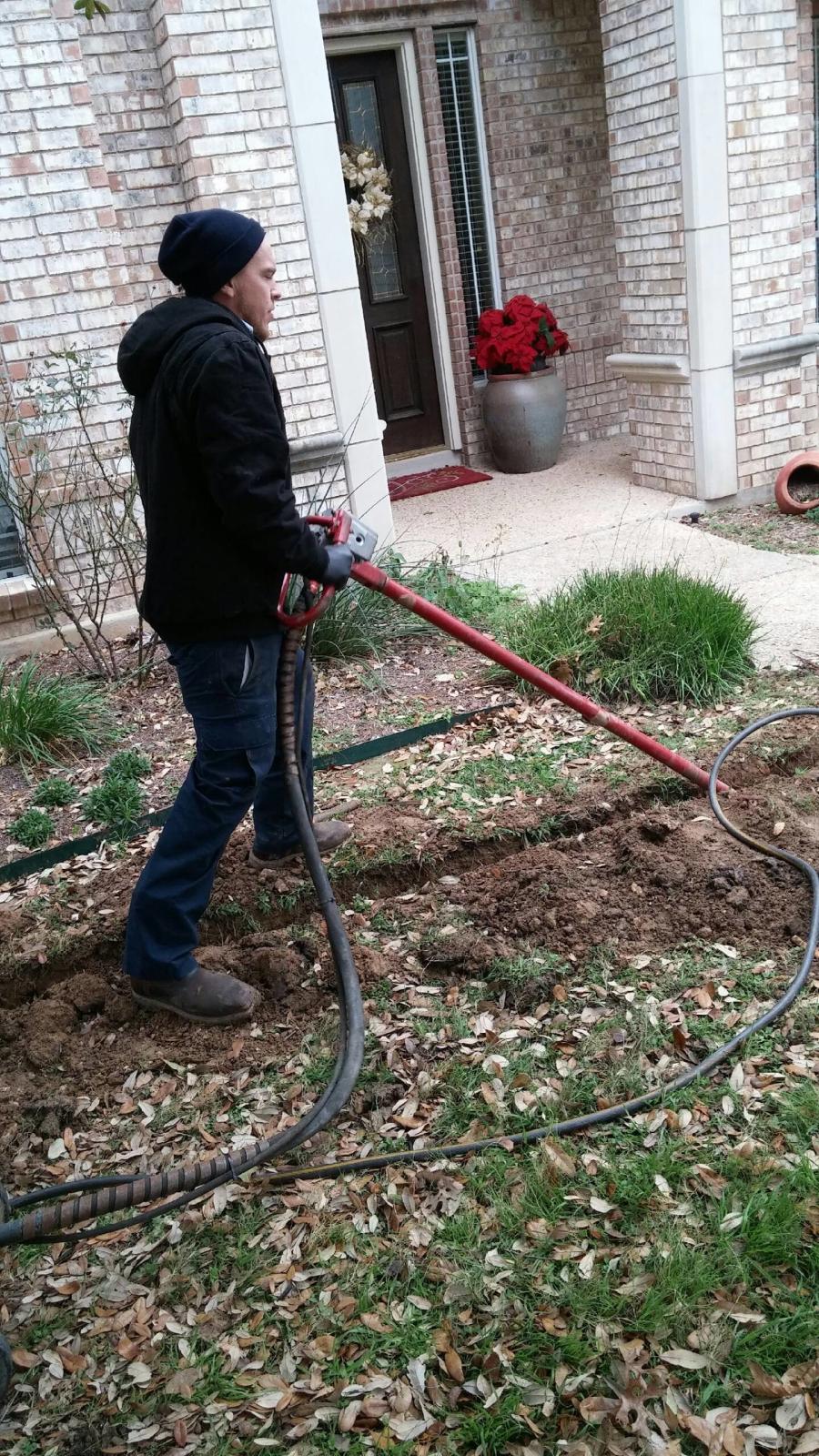 Easily bore under sidewalks or driveways by simply adding a horizontal boring attachment to a mechanical earth drill, like this one from Little Beaver.

We've all had those moments when, after experiencing setbacks and frustrations, we decide to take matters into our own hands. In San Antonio, Texas, a dealer for Culligan, a worldwide leader in water treatment services, had its “aha moment” 10 years ago.

“When installing water softeners, many of the homes we work on aren't pre-plumbed,” said Derrick Barrows, Culligan San Antonio service manager. “Because of this, we had to hire guys to come in and bore under driveways or sidewalks so we could run waterlines into our customers' garages.”

After growing tired of the expenses associated with hiring subcontractors for these horizontal boring projects, the dealership's management team sought a solution to do the work themselves.

It didn't take long for the team to unearth an answer. By combining a mechanical earth drill with a horizontal boring attachment, the Culligan team discovered that they could easily create a highly productive horizontal boring machine. By adding a simple attachment, Culligan's crew gained the ability to quickly bore under paved surfaces, including sidewalks and driveways.

“We typically dig a trench and run waterlines into the homes that aren't pre-plumbed,” Barrows said. “I would say 40 percent of the time we have to go under a garage or sidewalk to run a line through, so this type of machine and attachment was essential to our business success.”

Barrows says there's virtually no other way to get under a driveway, especially with the types of soils in San Antonio. While some areas might get away with the cheap, although time-consuming, method of forcing a pipe through the ground with mere muscle power and a sledgehammer, that simply wasn't an option.

“We tried doing all the digging ourselves and then would subcontract with someone to do the boring or dig around the entire house to make it into the garage,” Barrows said. “From a labor standpoint, we knew having our own drills and attachment would save time and money. Rather than digging all the way around the house, we would bore under the driveway and complete the project in half the time, saving the customer money and allowing us to move on to the next job.”

Leave it to the Beaver

The only unanswered question was where to turn to for the right earth drill and attachment. Online research quickly led Culligan to Livingston, Texas-based earth drill company Little Beaver. With more than 50 years of manufacturing earth drills and accessories and an experienced staff ready to provide guidance, Little Beaver did not disappoint.

Culligan first purchased two Little Beaver mechanical earth drills with flexible drive shafts, which allows the drills to reach the desired angle for horizontal boring. In addition to the drills, they purchased a wet boring kit attachment for each drill, which includes a water swivel that enables two men to easily bore under a 30-foot driveway in 10 to 15 minutes.

Additionally, the attachment's lightweight and easy-to-maneuver design keeps projects moving quickly. Figuring two to three jobs a month that require horizontal boring, the company saves roughly $75,000 per year by completing the boring with in-house labor rather than hiring a subcontractor.

“The savings are phenomenal, and it was extremely easy to learn how to use the equipment,” Barrows said. “The only challenge we face is the hard rock common in our Texas terrain, but the drills power through.”

“We've been very impressed with the quality of the drills,” Barrows said. “Other than replacing drill bits on a regular basis due to the condition of the rock we're facing, we haven't had any maintenance issues.”

“They originally were using an 8-horsepower engine, and I recommended they switch to 5.5 horsepower,” said Mike Hale, Little Beaver's sales manager. “The 8 horsepower was a bit overkill for the type of work they do, and we always want to match our customers with the perfect drill for the job. The smaller engine size on the new models gives them all the power they need to get the job done while cutting their fuel costs.”

Barrows says he plans to run the drills for as long as possible, while keeping his two original Little Beaver drills in storage as backup. Not only that, but Hale is only a phone call away for support.

Now, rather than deal with the headache of subbing the work out, the San Antonio Culligan dealership's motto is simple: leave it to the beaver.