Tripling the sales of a 40-year-old equipment dealership in just 10 years is no easy task, but that’s exactly what the CEO of one Salt Lake City, Utah, dealership has set out to do. 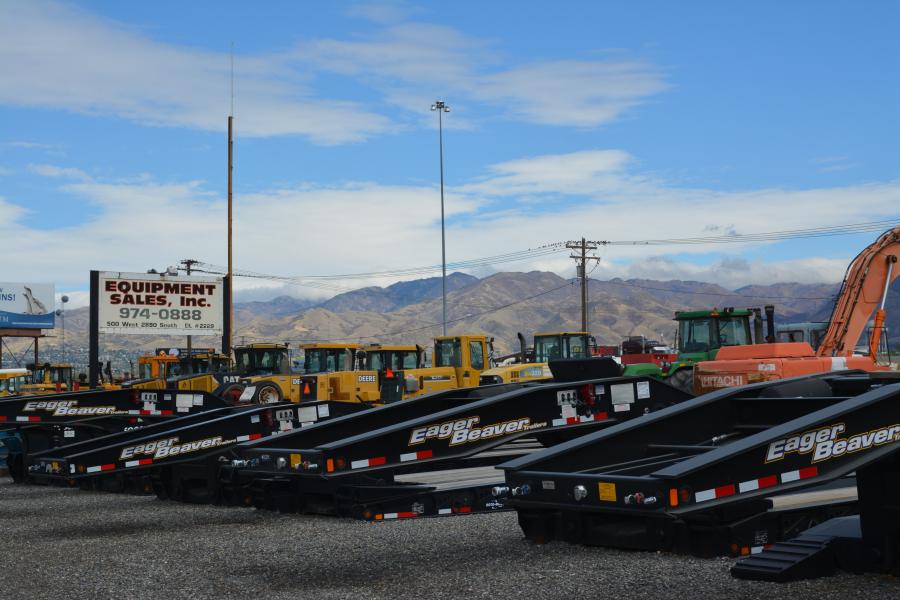 Tripling the sales of a 40-year-old equipment dealership in just 10 years is no easy task, but that's exactly what the CEO of one Salt Lake City, Utah, dealership has set out to do.

Founded by Bill Lindsey in 1969, Equipment Sales Inc. has seen steady growth over four decades. Now Austin Lindsey, who became CEO of the family-owned business last year, has the company focused on increasing sales three-fold in the decade to come.

The company's beginnings were typically humble. Austin's father had his start in the transportation business, originally as an over-the-road trucker. In time, that lead him to buying and selling trucks for his own use and in 1969 he formed Equipment Sales Inc. to facilitate that activity. He incorporated Equipment Sales in 1974.

As Bill's reputation grew in the Salt Lake area, banks began calling on him to sell their repossessed equipment, and that eventually included heavy equipment taken back from contractors. He quickly saw the profit potential in buying and selling yellow iron, and began focusing his attention on that segment of his business.

Over the next 20 years, Equipment Sales Inc. grew to be the largest, independent used equipment dealer in the state of Utah, according to Austin. He credits his father for the steady growth.

“It wasn't unusual for him to work 70 hours and more a week during the start-up years,” he said.

Since 1989 the company has occupied a high-profile location along Interstate 15 just south of the city. Most of their inventory is visible to passersby.

In 1997 they took on the Eager Beaver trailer line, and added Circle R side dump trailers in 2007. Circle R specializes in side dumps, which Lindsey said have come to dominate the dump market in Utah.

Equipment Sales Inc. is among the top 10 dealers nationally for both lines.

In addition to Bill and Austin, management positions are also occupied by sister, Lisa, who has held the CFO position for almost 30 years, and brother Conley, who heads up fleet operations.

While they have grown through the years operating primarily with family members in key positions, that is beginning to change as evidenced by the recent hire of Mike Mondale to head up outside sales. Mondale brings more than 20 years of sales experience with the likes of Cat, Komatsu and John Deere.

It's all part of the master plan. “We'd like to triple our sales in the next decade”, reiterated Austin. “There is no doubt we will continue to advance our position in the market.”