Approximately 2,500 examples of the the mighty Linn ‘HafTrak' were produced between 1917 and 1948, and attract a crowd whenever the handful of remaining operational Linns are shown or operated. 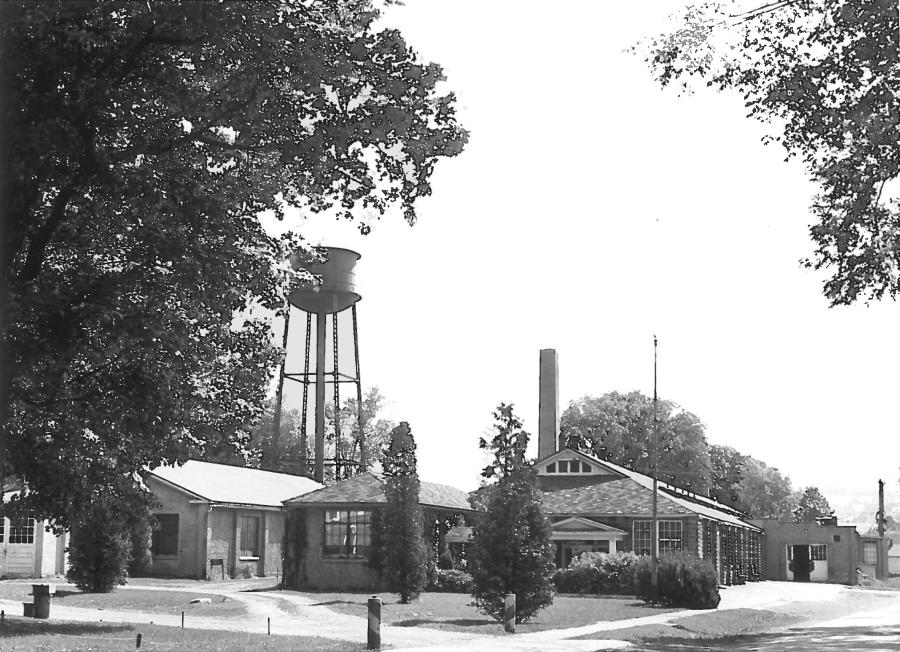 For nearly two decades the mighty Linn 'HafTrak' was without peer. Approximately 2,500 examples of the 'torque monster from Morris' were produced between 1917 and 1948, and thanks to a rabid fan base, they remain popular today, attracting a crowd whenever the handful of remaining operational Linns are shown or operated.

According to Wikipedia, Holman Harry Linn, a native of Maine, was searching for a better machine to travel rural roads with his dog and pony show equipment.

Although Linn's early tractors were visually similar to the logging tractors manufactured by his former employer, Alvin O. Lombard, the track systems differed enough that both men received U.S. Patents on their respective designs; Lombard favored a rigid track — Linn a flexible one. Clearly Linn's tractors were based on Lombard's concept, but a close examination of the respective patents reveals no infringement, at least where the tracks are concerned. If either inventor had bothered to apply for a patent on the overall design of the two units, the case would not be so cut and dried.

H.H. Linn's patented 'Flexible Traction' units gave the Linn tractor a distinct advantage over a conventional motor truck enabling it to traverse rock-strewn, muddy or hilly terrain previously inaccessible by a motor vehicle. Power was transmitted to the ground via the rear crawler tracks which included a spring-loaded steel triangle, pivoted at its apex, which allowed the track bed to flex and conform to the contour of whatever surface the Linn might encounter.

The Linn tractor history is an intricate part of the history of the town and village of Morris, N.Y. This tractor, once a mainstay of equipment used by highway departments for road maintenance and snow removal, was manufactured in Morris from 1916 to 1952.

Linn “gave up on a six-wheel-drive design by 1907 to have Alvin Lombard, of Waterville, build a machine using the tracks off a Lombard Steam Log Hauler and underslung gasoline engine and wheels on front. It was equipped with a ship-style cabin with living quarters and able to pull a string of wagons behind as well as supply electric lights for his circus.”

When the concept of rural snowplowing became accepted around 1920, Linn was one of the pioneers. At that time, there were no paved roads, or they were very limited, so plowing snow with a wheeled vehicle was nearly impossible. Linn's tractor, an early hybrid between a crawler tractor and a truck, was a vehicle whose rear end was a track system and front end was a steerable wheeled system.

The Linn proved popular with loggers, miners, contractors and municipalities, serving double duty as a road-building machine during the summer months and a snowplow during the winter. Under ideal conditions company literature claimed the Linn could travel up a 50 percent incline and some customers, particularly Barrie, Vt.'s Vermont Marble Co. stated their Linns regularly carried a 20-ton load up a 22 percent grade.

When equipped with skis a snow-going Linn road train, (one or two Linn tractors towing from 10 to 16 log sleds) could increase productivity 10-fold, with numerous North American logging and mining outfits testifying to their efficiency in Linn advertising. One Linn snow train, operated by the Hudson Bay Mining & Smelting Co. Ltd., pulled a 120-ton load from their supply depot to its Flin Flon, Manitoba/Saskatchewan, outpost and the Amtorg Trading Co. exported numerous Linns for use in the Russian province of Siberia.

Early Linns were equipped with four-cylinder Continental Red Seal engines while later editions could be ordered with a wide variety of power plants ranging from four- and six-cylinder Waukesha and Hercules gasoline engines to the six-cylinder Cummins diesel torque monster. From 1929-on, Linn was owned by American LaFrance and a handful of Linn prototypes were equipped with American-LaFrance V-12 gasoline engines. Early Linns were limited to a top speed of 5 to 6 mph, although later units equipped with the big Hercules six-cylinder could reach a top speed of 12 mph.

Numerous New York municipalities owned Linn snowplows, which could be equipped with their choice of snow-fighting equipment manufactured expressly for the Linn by Champion, Frink and Sergent, according to the CoachBuilt Web site (www.coachbuilt.com). Early models equipped with bi-lateral wing plows required from two to three operators, plus the driver, but later units offered hydraulic control, allowing a Linn plow to operate with just a single operator (plus the driver — a necessity as the Linn could be a handful to drive in inclement weather).

The firm's swan song was the 1939 Linn C-5 convertible tractor truck, which could be operated as a standard Linn off-road or as a conventional truck (albeit with front-wheel-drive) while on the road. Unfortunately the C-5 came one decade too late as Linn's main customers — municipal highway departments — were already abandoning their Linns in favor of more modern and versatile roadbuilding and maintenance equipment offered by Walter and FWD, and shortly after War's end, Linn quietly withdrew from business.