China’s construction machinery market has been in decline for several consecutive years, but that is set to change.

LiuGong, a global leader in manufacturing a full line of extreme duty equipment, has repositioned its forces, refined its strategy and is ready for the challenges and opportunities that lie ahead within new and existing markets.

China’s construction machinery market has been in decline for several consecutive years, but that is set to change. LiuGong, a global leader in manufacturing a full line of extreme duty equipment, has repositioned its forces, refined its strategy and is ready for the challenges and opportunities that lie ahead within new and existing markets, according to the company.

As the company who produced China’s first modernized wheel loader in 1966, LiuGong has made a fresh start to its technical innovation. The company now has 15 product lines, including the upgraded H-series wheel loader, E-series excavator and E-series roller.

This June, LiuGong opened its Global Research and Development Centre in Liuzhou, China. This initiative will boost LiuGong’s research and development (R&D) to a level comparable with leading global construction equipment manufacturers. With the world-class hardware in this new R&D center, a modern testing platform, modern manufacturing plant, as well as more than 1,000 engineers across the world, LiuGong has entered a new era of R&D to further develop its machines, according to the company.

The company’s commitment to technical innovation and investment in research and development has paid off. On June 15, 2015, LiuGong called a large and high-end product launch in Changzhou, the core base for LiuGong’s strategy in the East. Here, LiuGong successfully displayed the 8t and 12t H-Series wheel loaders; the 48t, 50t and 70t E-Series excavators; the TC550A and TC250A5 cranes; and the TD40E bulldozer. At the same time, 60 LiuGong excavators were distributed to clients within the Americas.

Having begun its internationalization strategy in 2003, LiuGong has become an example to other enterprises in the Chinese CE industry, demonstrating its success in both overseas sales volumes and ratio of export products compared to its competitors.

After growing from a local factory in a small city in China’s southwest region to the 22nd largest construction equipment manufacturer in the world, Zeng Guang’an, chairman of LiuGong, attributes LiuGong’s continued success to the company’s global vision, confidence and commitment. He predicts that international business will account for 40 percent of LiuGong’s revenue in 2020. He has good reason to feel confident in this prediction.

The company has established subsidiary offices and undertaken mergers and acquisitions in key regional markets. It has built a rapidly growing network of more than 374 dealers across seven continents in more than 136 countries. Supporting the dealer network are 10 regional offices with engineering, marketing and service support, coupled with eight overseas parts depots located strategically throughout the world, ensuring rapid replacement of parts and servicing of equipment. LiuGong does not enter a market without dealers and support systems in place. LiuGong’s most recent major global action was to establish a manufacturing plant in Brazil in March 2015, in an effort to penetrate the burgeoning South American market.

LiuGong highly values its relationships with world-class partners. It has cooperated with Cummins and ZF on many of its core technologies and major components, which it has used across LiuGong’s product lines, including the new E-Series excavators and H-Series wheel loaders.

The company’s global strategy has attracted talent from all over the world. David Beatenbough joined LiuGong in 2006 and is in charge of R&D. Following Beatenbough, other global experts in the field also have joined LiuGong, from industrial design to product development professionals. Howard Dale was appointed as vice president of LiuGong Dressta Machinery Co. Ltd. in Poland, and chairman of LiuGong Machinery Europe B.V., after working with Case Corporation for several years. 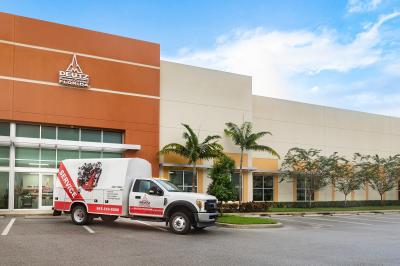 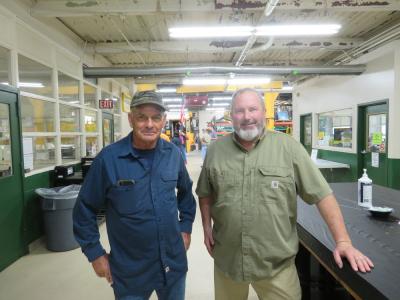