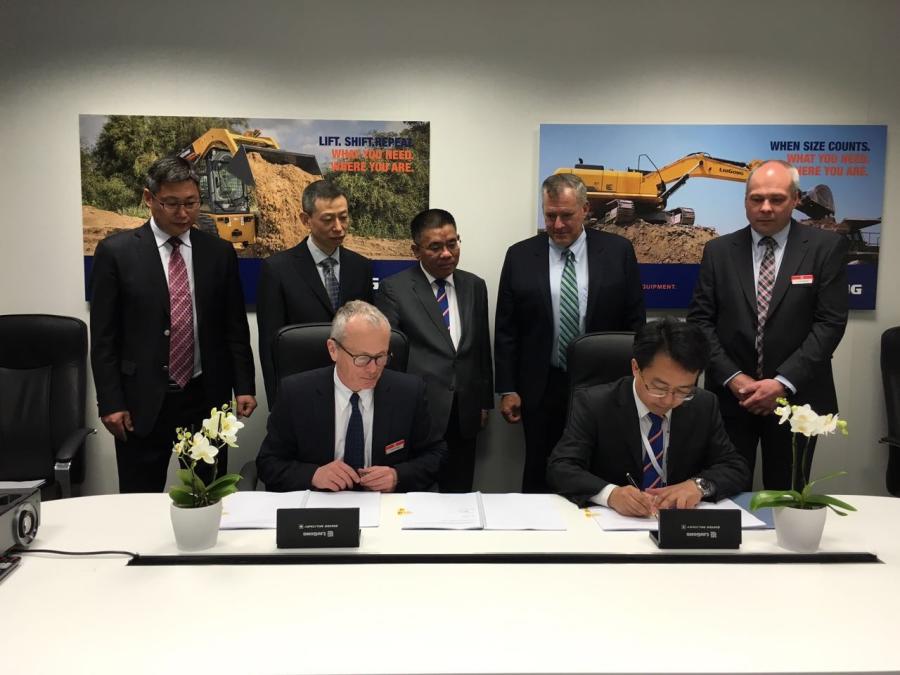 LiuGong has officially signed a new service and parts agreement with Cummins Inc., renewing an agreement between the parties originally constructed in March 2014 in Las Vegas.

The signing ceremony, held at bauma was attended by both Luo Guobing, vice president of LiuGong, and Robert Enright, executive director of Cummins Inc. The agreement between LiuGong and Cummins Inc. marks an enhanced global cooperation between the parties.

This partnership renewal will ensure both sides leverage each other's superior resources, achieve win-win cooperation in business mode and enhance market shares. The new agreement also has expanded the list of engines and territories.

According to the agreement, parts for the JV engines will be available directly from LiuGong dealers in the agreed territories covering Asia Pacific (excluding Japan, South Korea and Australia), Middle East, Africa, CIS (Commonwealth of Independent States), Latin America and India.

Both service and warranty in the agreed territories will be managed through LiuGong's dealer channels. Nine training centers also will be set up to provide engine training, increasing customer satisfaction.

Luo Guobing, vice president of LiuGong, added at the signing ceremony “Overall, the new agreement combines LiuGong's global dealer network and Cummins' engine and technology support network. It helps us to realize the one-stop service for our customers and speed up the service response speed and enhance customer satisfaction.”