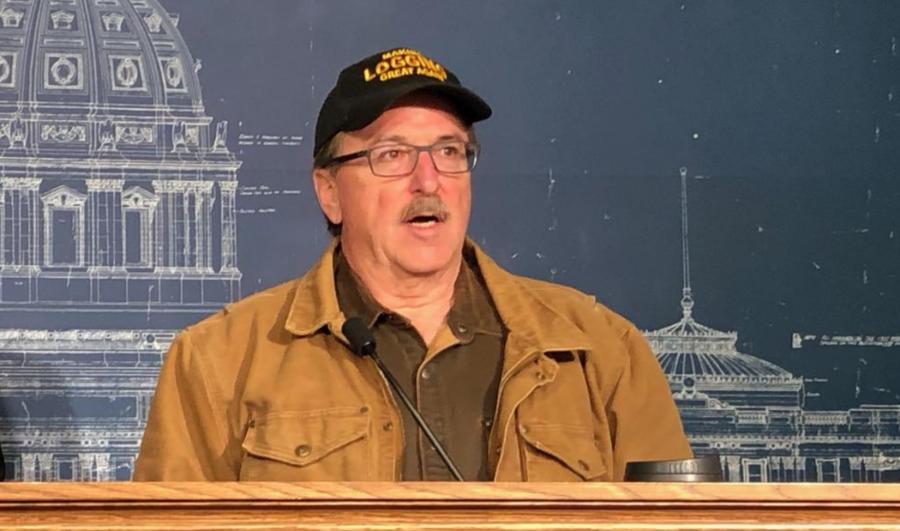 Scott Dane is a former merchant marine careerist who segued into a leadership role in the Minnesota logging industry.

Scott Dane is a former merchant marine careerist who segued into a leadership role in the Minnesota logging industry. Recently, the marine engineer "capped" his diverse career with a national appearance on TV as a speaker at the Republican National Convention — he wore a "Make Logging Great Again" cap during his talk.

The television pitch wasn't show biz for Dane, however. It was a serious attempt to bring to the nation's attention the straits in which the timber and logging industry finds itself.

"Logging is the most dangerous job in the country, but we embrace that risk because we know America was built by strong people building things together," he told the viewing audience. "America needs us to keep building, and we can't wait to be part of it."

His appearance at a political event came about because the Trump administration in Washington has been supportive of the industry. The administration gave logging a boost when it imposed a tariff averaging 20 percent on Canadian lumber shipments into the United States. Washington justified the duties on the wood products because most of the timber industry in Canada is provincially owned and is harvested at artificially low cost — it is subsidized, in other words, which violates established fair trade rules.

Dane is executive director of Contract Loggers & Truckers of Minnesota. He responded to a telephone interview from Virginia, Minn., approximately 90 mi. south of the Canada-U.S. border.

"Every day we would watch train after train go by, heading south from Canada and loaded with Canadian wood products. By imposing duties, that has leveled the playing field somewhat."

The subsidy dispute has gone on for about 40 years. In 2017, President Trump imposed the tariff to restore some competitive pricing. However, the World Trade Organization has sided with Canada in the trade argument, saying the United States hadn't proven its contention.

Dane said the WTO decision is not decisive. "The World Trade Organization doesn't currently have a full complement of seated members so it's not able to enforce its decision. It can't implement it. I think we can maintain the tariff in the long term."

The tariff may lead to talks. In early August, the National Association of Home Builders sent a letter to the administration complaining of increases in lumber prices. It appealed to U.S. lumber companies to "ramp up production" and make it a "priority to work with Canada on a new softwood lumber agreement." 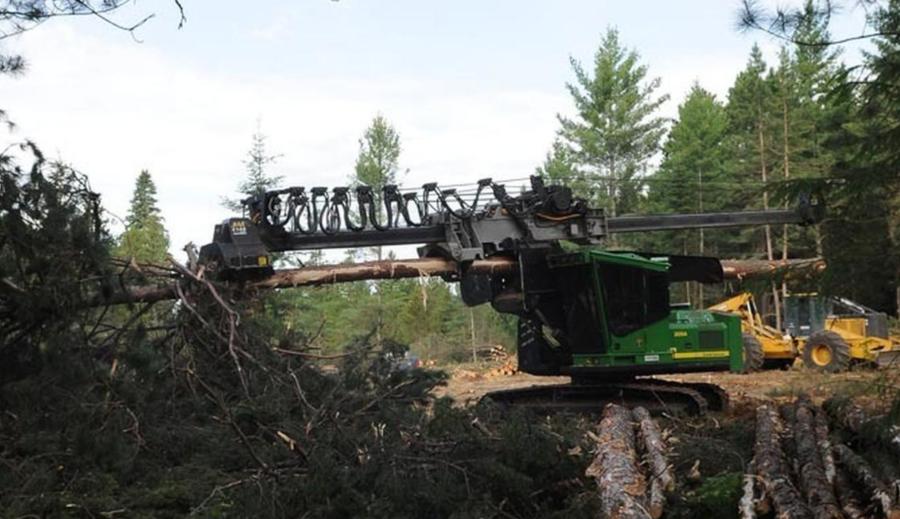 In Minnesota, logging and wood products industry is top heavy and struggling. At the turn of the 20th century, the state had 30,000 loggers felling pine and other softwood trees. Sawmills were set up near prime pine forests with some two billion board feet of lumber produced annually. But mills have been closing in recent decades and the number of people today dropping and handling the timber totals just 1,500, according to Dane.

"Everything downstream from the logging operations — the mills and manufacturing plants — are depending upon 1,500 people in the woods. If something doesn't happen, we will see the industry decline further," the executive director said.

His organization represents about 175 logging companies and another 50 or so associate members such as John Deere and Caterpillar, manufacturers of logging equipment. In any given month, about 150 of the logging firms are felling trees.

One reason the number of logging camp personnel has shrunk dramatically is the modern equipment used to handle the trees. Where 80 to 100 lumberjacks used to work together, a typical operation today numbers two to four people. The number varies, Dane said, depending upon whether the logging is being done conventionally or is a cut-to-length operation.

In conventional logging, the camp might have four people operating four machines — a tree-dropping piece of equipment called a feller buncher that saws a tree and lays the logs in an orderly pile, a skidder or two with grapples that drag the logs to an access road, and a knuckleboom loader to place the logs on ribbed semi-trailer trucks for hauling to a mill.

Cut-to-length jobs get by with a couple of machines in many cases — a harvester that drops a trunk, delimbs it and saws it to a desirable length, and a forwarder, which is an articulated machine carrying a hoist that can pick up the pre-cut logs, deposit them on its trailer and haul them to an access road for offloading.

So, all those lumberjacks hand-sawing the timber and manhandling it are history.

"Mechanization has changed the industry tremendously," Dane said. "It has made it more productive and safer."

"We need new markets," Dane said. "Paper demand continues to decrease. We have been working to transition into the bio-crude market, which is really exciting."

A pilot plant in Canada has been distilling wood into the synthetic petroleum product. A mill in Bemidji is prepared to invest $120 million if the new market develops. The holdup to such investment is yet another dispute, this time with the Environmental Protection Agency.

"The bureaucratic holdup in the EPA has been going on for three years," Dane said.

The agency's definition of what constitutes acceptable biomass feedstock for the bio-crude operation is a loner among public oversight groups, he said.

"We're working with this administration to overcome the objection. We have spruce forests that we can't harvest until it's determined if it can be used for biomass feedstock. It's tied the hands of those working on the bio-crude refinery."

Another issue that the current administration has helped out on is more favorable forest management policies. Forest management is a national issue, though not an overriding one in Minnesota where federal timberland constitutes just 10 percent of the total. The issue is between the environmental community and the timber industry, with the ecological lobby arguing against incursions into the forest.

The industry responds that logging trees and thinning dead forest stock helps protect standing trees by lessening the hazards of uncontrolled fires, such as the ones currently ravaging parts of California and other Western states. Dane has a son in a firefighting helicopter crew in Oregon, so he is personally familiar with the issue.

"For forest fires, you need oxygen and fuel. We can't take oxygen out of the air and we can't eliminate lightning strikes," he said. "The only component of the fire that we can address is fuel. Through proper forest management, we can reduce the fuel load in the woods."

He said the Trump administration has promoted more timbering on federal land and has "streamlined" forest management rules.

An immediate focus of the industry is receiving emergency funding during the pandemic. The American Logging Council is spearheading an effort to include the logging and trucking industry in the next COVID-19 financial relief bill. Why it wasn't included in the first financial recovery bill is unclear, but inclusion in the next bill has support across political parties and in both houses of Congress. Two members of Minnesota's congressional delegation are co-sponsoring the legislation.

"It is critical that we save the mills and trucking industry for when the pandemic ends," Dane said.

The industry is asking for $2.5 billion in assistance. The infusion of cash will indirectly help logging equipment manufacturers and dealers, which have seen a slowdown in sales this year.

Dane has led the Minnesota association for 16 years now. Though he has never logged, he is a Minnesota native and his great-grandfather worked in a Minnesota logging camp as a locomotive engineer. He is an executive now, but nevertheless remains a rolled-up-sleeves guy who has welded for a living and is "used to getting my hands dirty."

Still, appearing before a national audience at a political convention is pretty exhilarating. Will it interest him in future political activity? He laughed at the suggestion.

"Shortly after I returned home to Minnesota to raise my boys in the woods, I ran for state representative. I felt it was my civic responsibility to get involved. I didn't win, but I found out how ugly politics can get. A friend asked recently when I was going to run for office again. Before I could say anything, my wife answered, ‘Not in this marriage." CEG