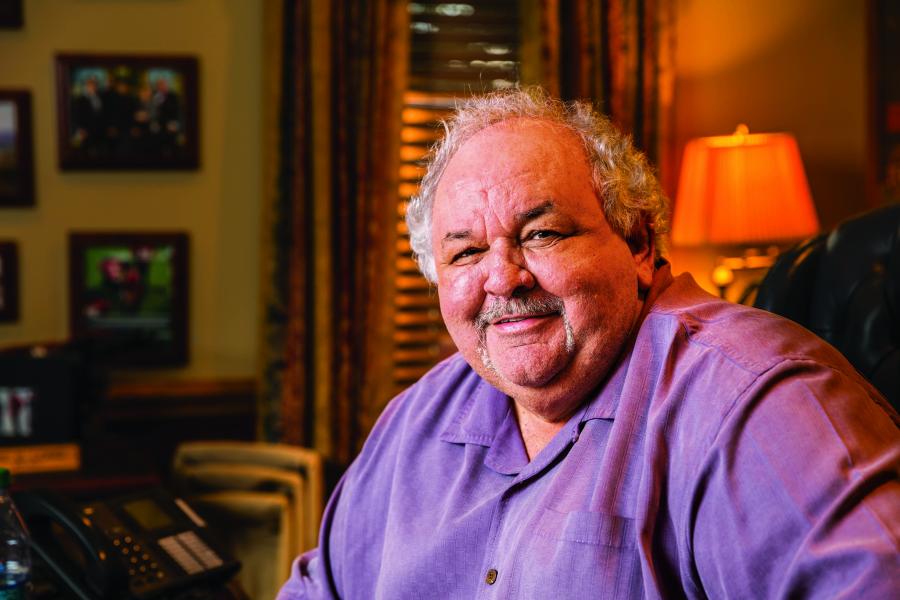 Lee Long, owner of Long & Sons Utility LLC, bought his first Hitachi excavator in the early 1980s. At one point, his company owned the most Hitachi equipment on the East Coast. He's traveled to Japan to experience excavator production firsthand at the Hitachi plant. And his Hitachi excavators have laid more than 1,600 mi. of pipeline. Long is definitely a longtime, loyal Hitachi fan.

Long followed in his father's footsteps and has always worked in construction.

“I grew up around the construction business,” Long said. “My dad was a pipe guy and helped build Main Street America. I remember our family traveling around the country with him as he worked on different projects.”

Long started Long & Sons Utility in 1990. The company is headquartered in Simpsonville, S.C., and specializes in wet utilities installation and rehabilitation for residential developments and commercial projects.

Long's love of Hitachi began with his purchase of a UH122LC in the early ‘80s.

“I was originally looking at [another brand], when a shipment of Hitachi excavators arrived at a nearby dealership,” Long said. “I bought my first Hitachi excavator and have been hooked on them ever since.”

Since delivery, all the excavator operators have been busy on new housing developments, laying water, sewer and storm drainage pipeline. This adds to the more than 1,600 mi., of pipeline — ranging from ¾-in. to 96-in. pipe — the company has laid since it was established.

“We've had good success with the excavators,” Long said. “You can't do any better than Hitachi.”

“I love it,” Almanza said. “It's got a lot of power. I've been running Hitachi for over 20 years, and they always get the job done.”

As you might have guessed from the company name, two of Long's sons, Trae and Trent, are part of the business as well. Both sons help manage the company's multitude of projects, with Trae bringing additional expertise as a professional licensed engineer.

“We enjoy working with our dad,” Trae said. “Ever since my brother and I could walk, we've been in this business. We grew up in the industry.”

Trae and Trent have caught their dad's Hitachi fever and are part of the next generation of fans.

“My dad started buying Hitachi, and we're continuing that loyalty,” Trent said. “They're fantastic as far as performance and they never let us down.”

Hitachi to the Rescue

Generally, Long trades in his excavators once they get around 8,000 to 10,000 hours. However, like many companies, Long & Sons Utility felt the impact of the 2008 recession and needed to keep its current excavators at the time to keep costs down.

And many veteran excavators in the company's fleet are still running, such as an EX300 with 14,500 hours on it, and an EX200 with about 13,700 hours and all original major components (with the exception of a new paint job).

“We thought they may be able to enjoy a semi-retirement, but we still keep them working on jobs,” Trent said. “And they're going strong!”

Long makes sure his excavators are treated well. When it comes to maintenance, the company is proactive.

“We really take care of our excavators and exceed recommendations with preventative maintenance,” Long said. “We need them on jobs every day.”

“Flint Equipment provides great support, and we enjoy working with our sales rep Sean Smith,” Long said. “He's a real benefit to us, especially with his background as a diesel mechanic. If we need something, Sean and Flint are there to help us out.”

With his sons by his side, Long looks forward to the company adding to its 1,600 mi. of pipeline and carrying on the legacy of the business.

“The words that are missing in today's world are ‘honor' and ‘integrity,'” Long said. “That's what I built this company on and that's how we do business. We don't back off for anything. We're ready and rolling.”

This story was reprinted with permission from Hitachi Breakout Magazine 4th issue, 2015.