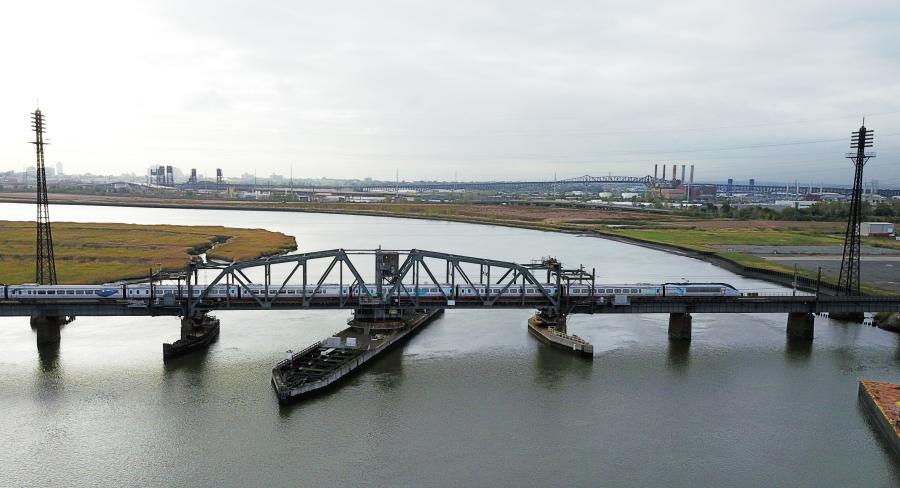 Trains crossing the bridge over the Hackensack River must slow down due to its weak structural integrity, and when it opens for maritime traffic to pass it sometimes fails to close because of aging mechanical components, disrupting rail traffic up and down the Northeast Corridor.

The New Jersey Department of Transportation (NJDOT) announced June 19 that the Portal North Bridge replacement — a key component of the broader Gateway Project that includes building a new trans-Hudson rail tunnel — has officially moved forward into the engineering phase of the program.

The existing Portal North Bridge is 110 years old, badly in need of repair, and a major source of delays for New Jersey Transit and Amtrak trains running between New Jersey and New York. Trains crossing the bridge over the Hackensack River must slow down due to its weak structural integrity, and when it opens for maritime traffic to pass it sometimes fails to close because of aging mechanical components, disrupting rail traffic up and down the Northeast Corridor.

Owned and operated by Amtrak and used by NJ Transit, the span between Secaucus and Kearny carries between 150,000 and 200,000 passengers per day on approximately 450 train runs, an average of one train every six minutes over a 24-hour period. Trains carrying commuters from Somerville and other towns along the Raritan Valley line cross over the span several times a day after passing through Newark Penn Station.

The two-track replacement bridge is designed as a high-level, fixed-span bridge, eliminating the movable components and risk of malfunction. The new structure is estimated to cost approximately $1.5 billion. Partners including the Port Authority of New York and New Jersey, NJ Transit, Amtrak and the U.S. DOT are currently developing a funding and financing plan so that construction can proceed as soon as possible.

In February, the Federal Transit Administration (FTA) announced that it upgraded its rating for the Portal North Bridge replacement project to medium-high, making the enterprise eligible to enter the engineering phase and take it one step closer to a federal full-funding agreement.

NJ Transit had requested approximately $800 million in Capital Investment Grants from the FTA to complete the estimated $1.8 billion bridge replacement project. In May, the Federal Railroad Administration (FRA) announced over $91.5 million in funding to advance replacement of the Portal Bridge and make other upgrades to improve service along the Northeast Corridor.

The recently completed design process involved a preliminary design phase, for which costs of $31 million were shared between NJ Transit and Amtrak; and final design, funded by an FRA grant of $38.5 million.

A second, two-track Portal South Bridge span is proposed as part of the Gateway Program and when complete will double train capacity along this critical length of the Northeast Corridor. Planning and design of Portal South Bridge will be finalized following the completion of the federal NEC Future study and environmental review process. NEC FUTURE is the FRA's comprehensive plan for the corridor from Washington, D.C., to Boston. 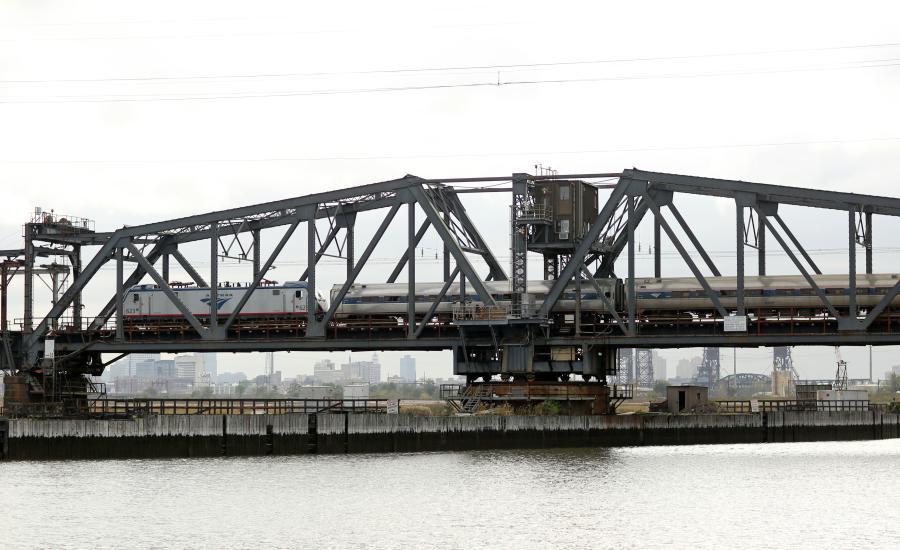 An Amtrak Northeast Regional train travels over Portal Bridge, a two-track, 110-year-old swing span structure over the Hackensack River in Kearney and Secaucus, N.J., known for malfunctioning and causing delays on the Northeast Corridor.