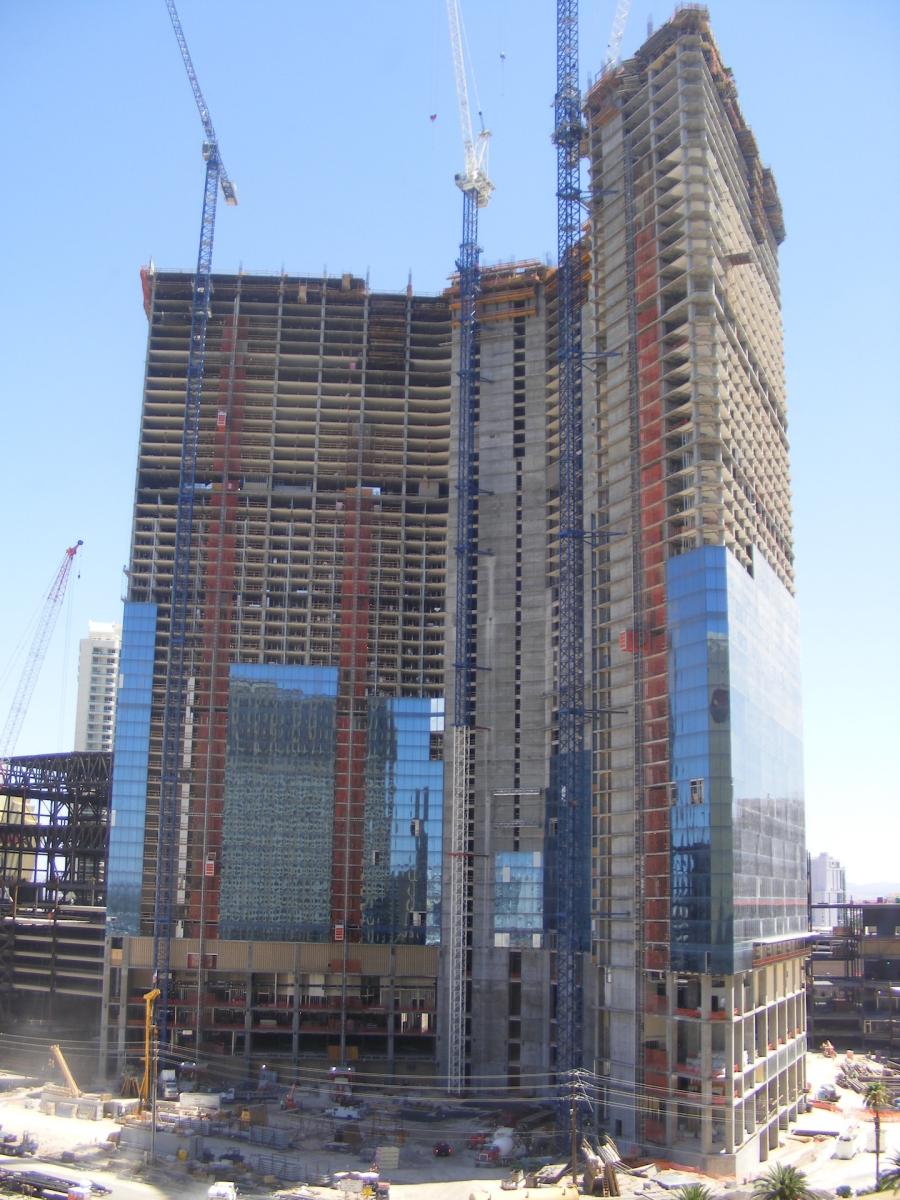 A long-mothballed, unfinished casino-hotel on the Las Vegas Strip has been sold for $600 million, eight years after construction halted on the 63-story tower amid the recession. (Sparrowman980 at English Wikipedia photo)

LAS VEGAS (AP) A long-mothballed, unfinished casino-hotel on the Las Vegas Strip has been sold for $600 million, eight years after construction halted on the 63-story tower amid the recession.

A partnership led by New York-based real estate company Witkoff bought the Fontainebleau Las Vegas, a hulking bluish tower that was 70 percent finished when construction stopped and has since served as a training site for firefighters.

“[The property] is one of the best physical assets in the country, which is one of the reasons we were attracted to it,” Witkoff's chairman and CEO Steve Witkoff said in a statement.

He added that the company wants to “unlock” the property's growth potential, though he didn't say exactly what will be the fate of the nearly completed tower on the north end of the Las Vegas Strip.

The site near the Circus Circus and SLS casino-resorts, as well as the Las Vegas Convention Center, has been dormant since 2009, about two years after privately held Fontainebleau Resorts LLC began work on the $2.9 billion, 3,900-room project.

Business magnate Carl Icahn and his firm, Icahn NV Gaming Acquisition LLC, bought the property out of bankruptcy in 2010 for $150 million.

The property is away from the heart of the Strip and near another halted casino-resort project. Should Witkoff choose to open the property as a casino-resort, its location will influence how quickly it becomes profitable.

“Properties that are closer to MGM properties and Caesars properties tend to do better on average daily rates,” said Alex Bumazhny, gambling analyst of Fitch Ratings. “Fontainebleau is a little bit outside of critical mass. SLS ... struggled to ramp up to profitability arguably because of its location.”

He added that the success of the property also will depend on how long its owners can support losses until it becomes profitable, which can take years, and whether there's a hiccup in the economy.

“They probably want to open sooner rather than later to catch the current wave of the good economy,” Bumazhny said.