Looking Back: Campanella & Cardi at I-95 in Groton, Conn.

Campanella & Cardi built scores of Interstate projects in Rhode Island, Massachusetts, Connecticut and New Hampshire, as well as a section of the Maine Turnpike Extension. The partnership was dissolved in 1968 and Cardi Corporation was formed.

Cardi Corporation continues in business today as the largest heavy construction contractor in the state of Rhode Island. 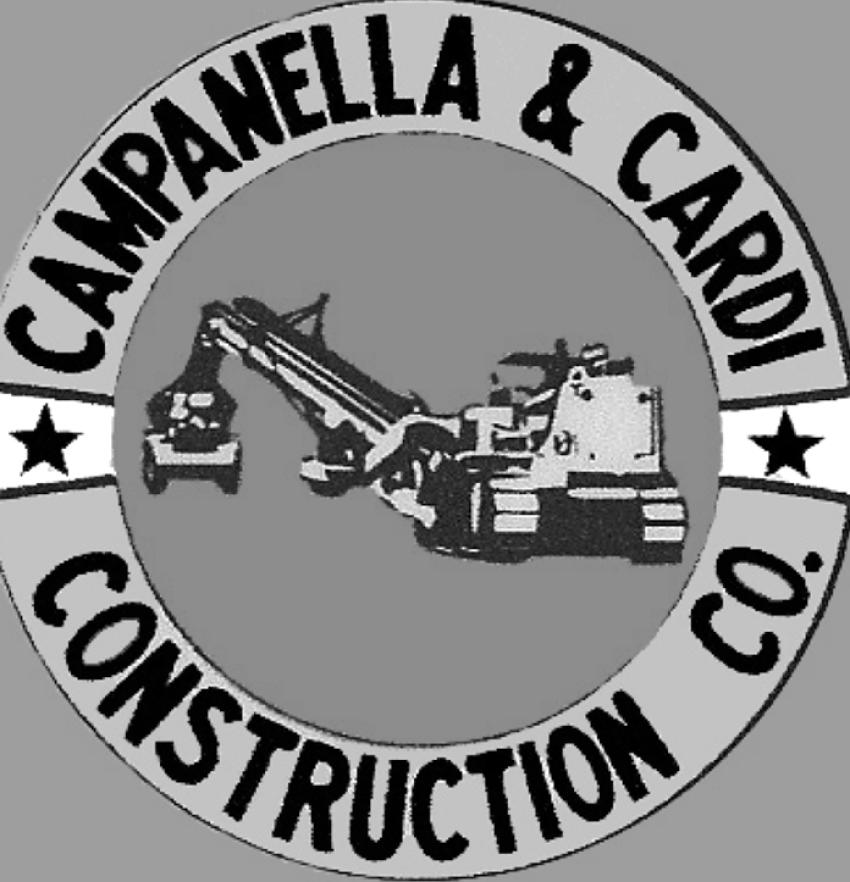 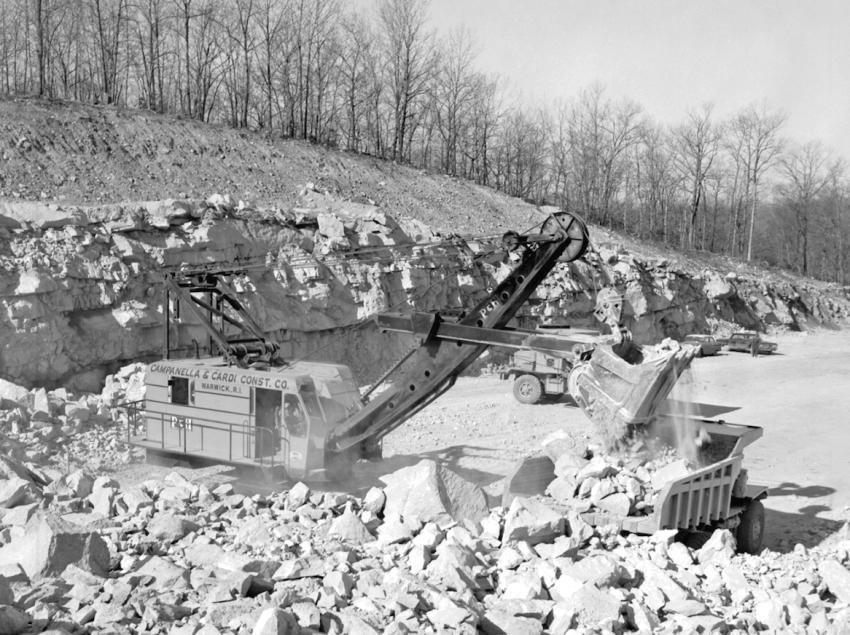 A Campanella & Cardi P&H 1055 shovel loads blasted rock into a Mack LYSW end dump truck on the big I-95 project in Groton. A Mack LVX end dump is waiting to be loaded. The photo was taken on March 29, 1963. The contractors owned 16 of the Mack LVX trucks. The first group of Mack M- 30X trucks purchased began to appear on this job. (CTDOT photo) 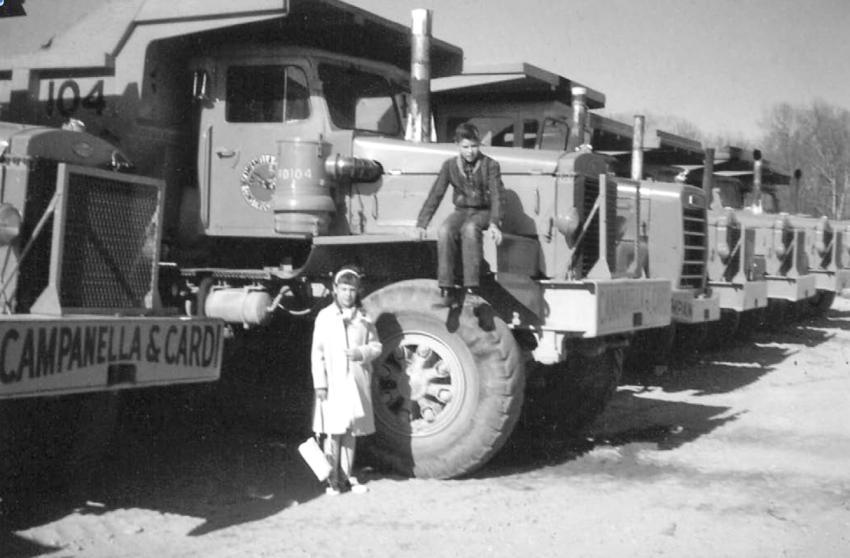 Thirteen-year-old Lanny Gray sits on the only Mack LYSW three axle end dump owned by Campanella & Cardi. It is company fleet number RD104. Dressed like she may have just come from church is his young sister, Diane, standing. The end dump on the other side is a new Mack M-30X and the rest are some of the Mack LVX fleet. Lanny Gray’s father was a Groton police officer and worked a security detail at the project and thus began Lanny’s interest in construction and trucks. (Lanny Gray photo) 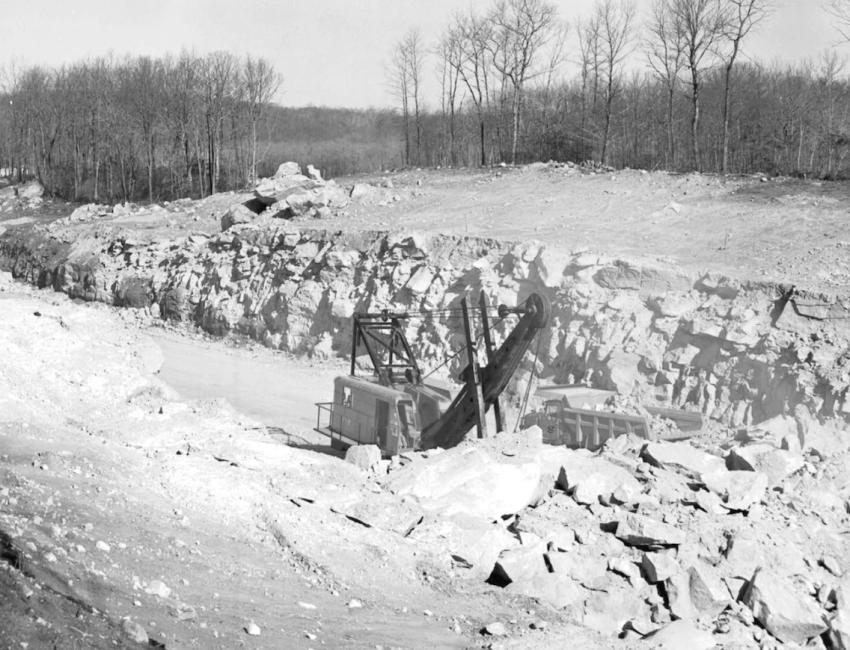 The aforementioned scene photographed on March 29, 1963, from the opposite bank of the rock cut. (CTDOT photo) 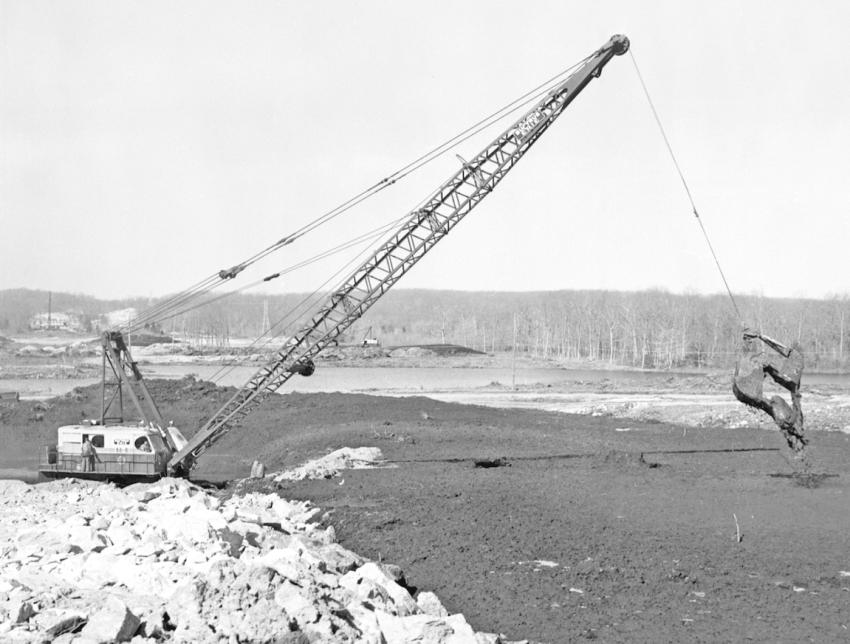 A Bucyrus-Erie 88-B equipped with a clamshell bucket is casting peat ahead of the broken rock fill on March 29, 1963. Campanella & Cardi may well have pioneered this practice. A dragline bucket, commonly used to excavate peat, unloads at or near the plumb point with the boom tip sheaves. Casting with a clamshell bucket increased your working range by an additional 20 to 30 ft. or more-eliminating a considerable amount of re-handling. (Lanny Gray photo) 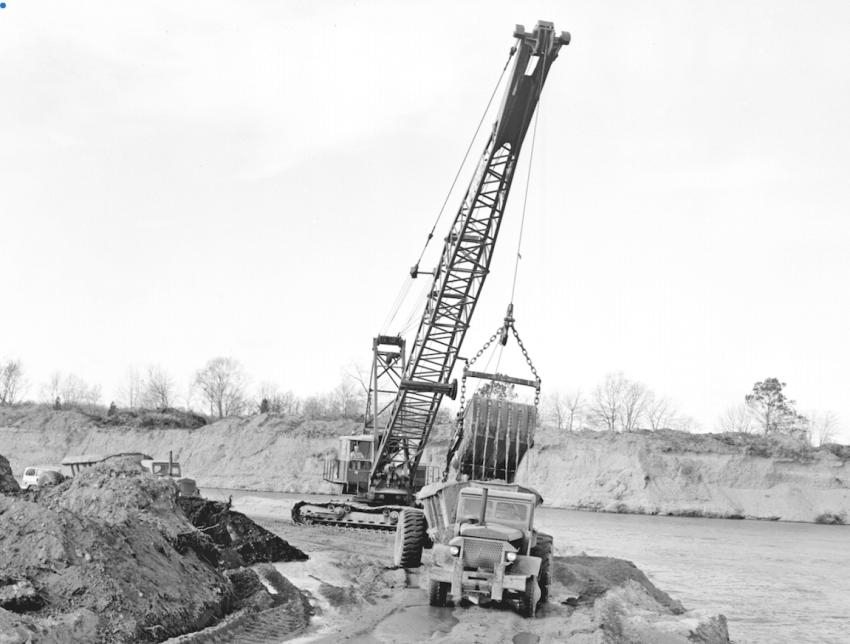 A Bucyrus-Erie 88-B equipped with a dragline bucket was loading borrow into a fleet of Euclid bottom dumps. The material was obtained from the Groton Reservoir, thereby increasing its capacity. The photo was taken Oct. 30, 1963. (CTDOT photo) 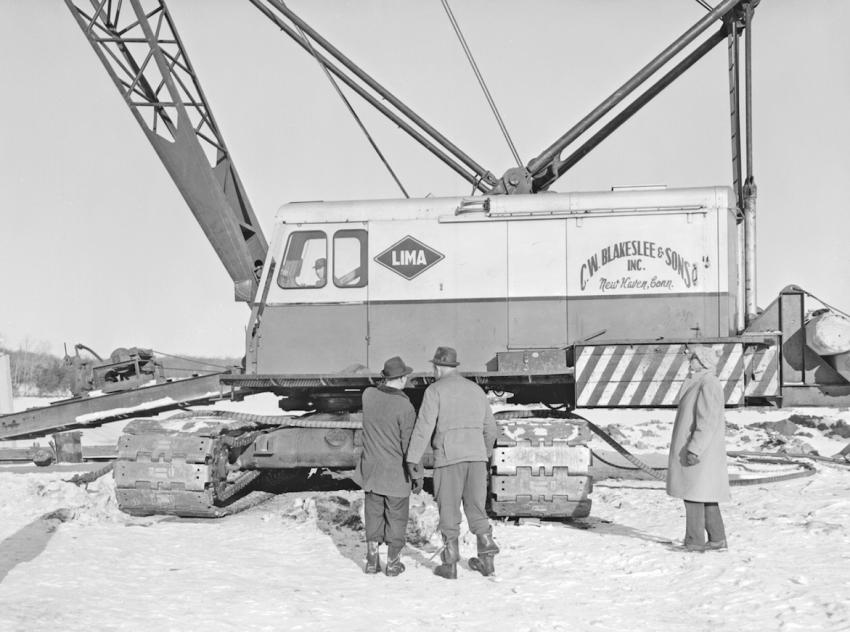 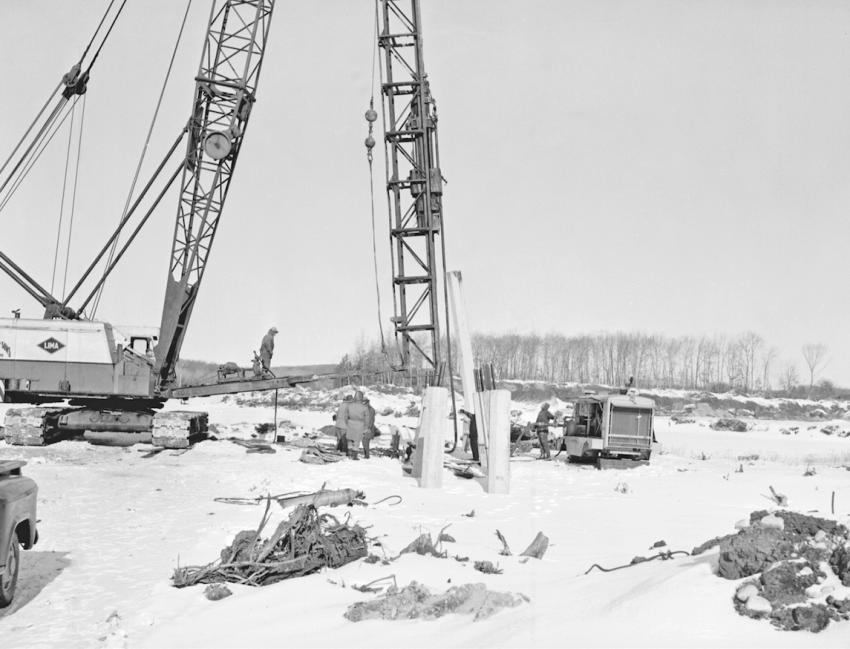 The big Lima is using a Vulcan O hammer to drive the piles. The air compressor is an Ingersoll-Rand 900 cfm. (CTDOT photo)