The crane excavator manufacturing industry in the 1950's began to launch hybrid mechanical cable and hydraulic machines like the Lima Type 25 front-end loader. Those efforts coincided with the increased manufacture of rubber tired front-end loaders, like the Hough Pay Loader line. The dedicated loaders had begun to replace clamshell cranes and shovels in re-handling and loading applications in the aggregate industry. Crane excavator manufacturers were attempting to retain market share in those applications while maintaining the convertibility and versatility of the machines in their product lines. The hybrid loaders could still be converted for shovel, hoe and crane duty.

Those early efforts culminated with the Koehring 505 Skooper by the 1960's. The Skooper was a dedicated hydraulic loader on a basic traction clutch actuated undercarriage. The five-cubic yard front shovel was much easier to move than a conventional cable shovel of similar, or even smaller size. It saw considerably more market acceptance than any of the earlier hybrid machines made by Koehring, Lorain or Lima.

Bucyrus-Erie installed hydraulic assist on buckets like the 30-B Hi-Walker hoe. The attachment and the varied pitch of the bucket made it easier to dig around utility trench cross lines. It improved truck spotting for loading especially in tight quarters. Finally, it improved breakout forces when combined with the cable force.

The manufacture of totally hydraulic excavators would soon follow completing the evolution of this class of machine away from cable operation. The continued refinements have brought us to the highly productive state of the art machines made today. 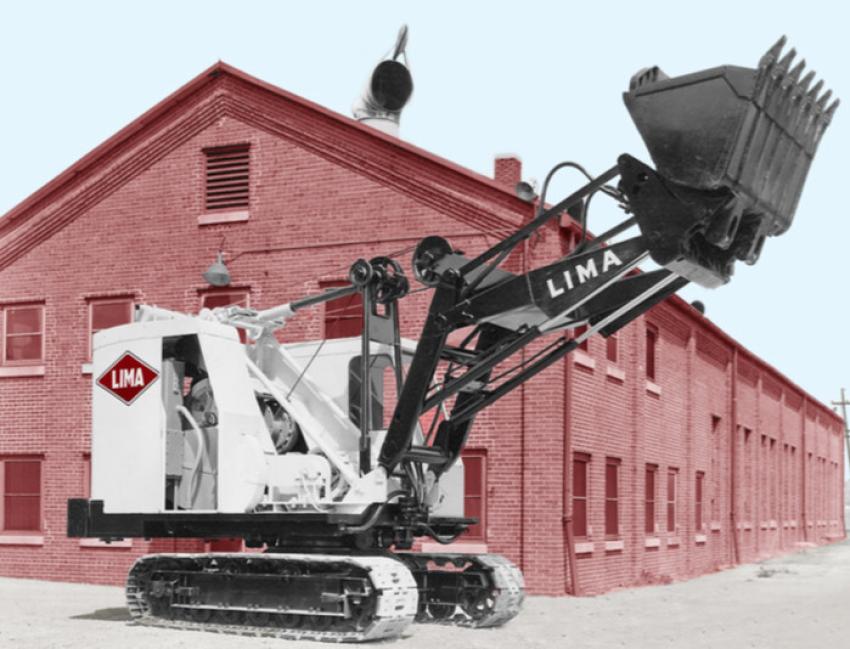 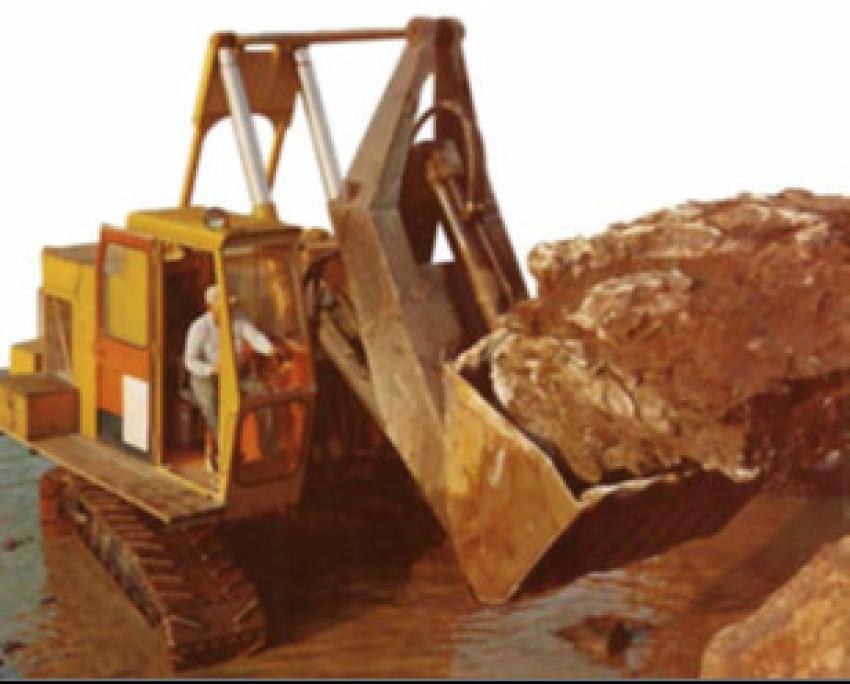 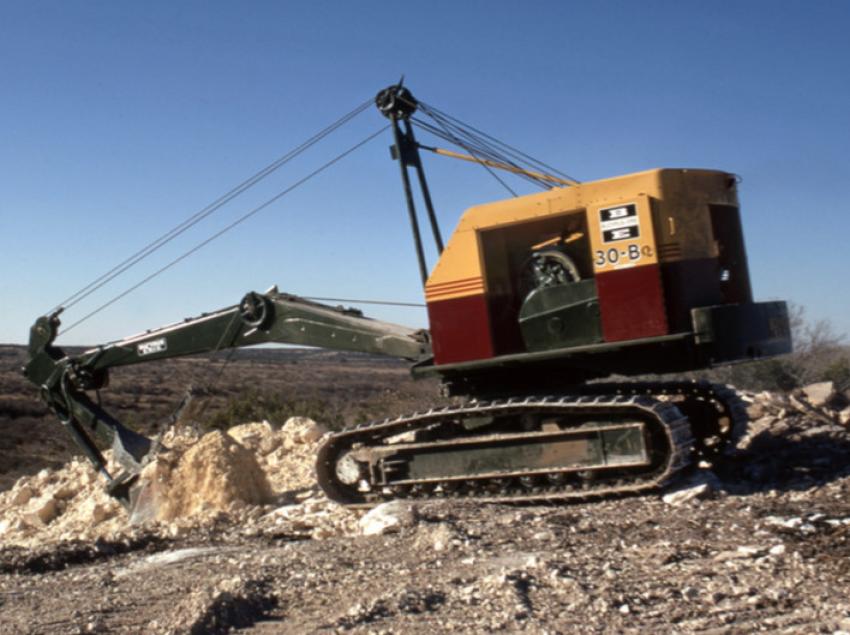 Bucyrus-Erie installed hydraulic assist on buckets like the 30-B Hi-Walker hoe. (Edgar A. Browning photo) 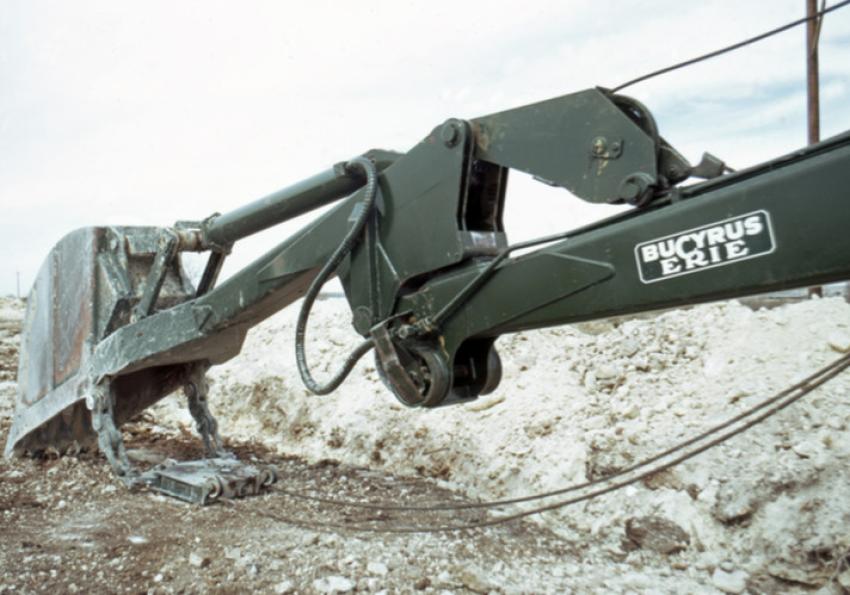 A close-up of the hydraulic assist dipper. (Edgar A. Browning photo)