Archie Alphonso Alexander was born in 1888 in Ottumwa, Iowa. He was an African-American mathematician and engineer who studied at the State University of Iowa and in 1912 was awarded a Bachelor of Science degree in civil engineering from the university. In 1929 Archie Alexander formed Alexander and Repass, a bridge building company. Maurice A. Repass, who was Caucasian, had played football with Alexander at the State University of Iowa. The contractors were responsible for the construction of many roads and bridges, including the extension of the Baltimore-Washington Parkway into the District of Columbia. They also built the famed Tidal Basin Bridge in Washington, D.C. By 1950 Archie Alphonso Alexander had become the most successful black entrepreneur in America. He died in 1958 in Iowa. 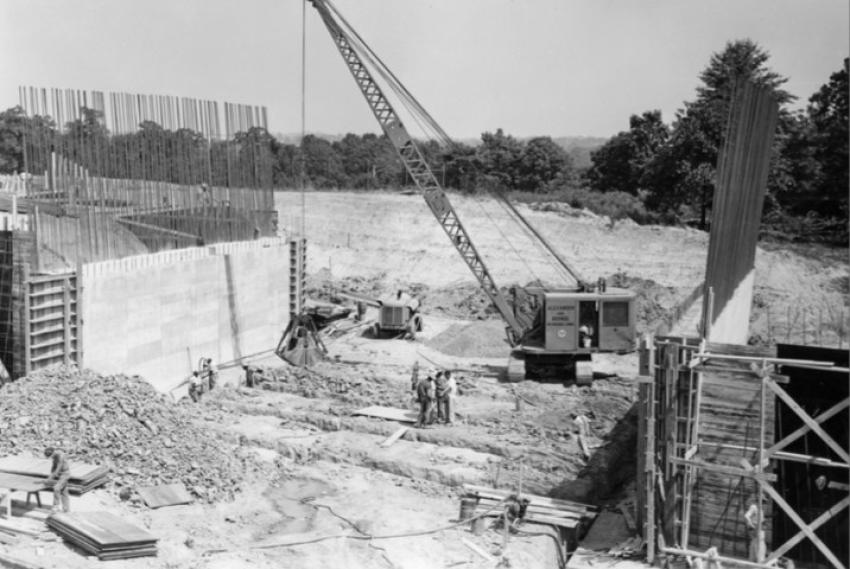 Alexander and Repass building the South Dakota Avenue bridge in July 1953. A Koehring 401 crawler crane is excavating footings with a clamshell bucket. The work was part of the Baltimore-Washington Parkway construction. (NARA: Bureau of Public Roads Collection photo) 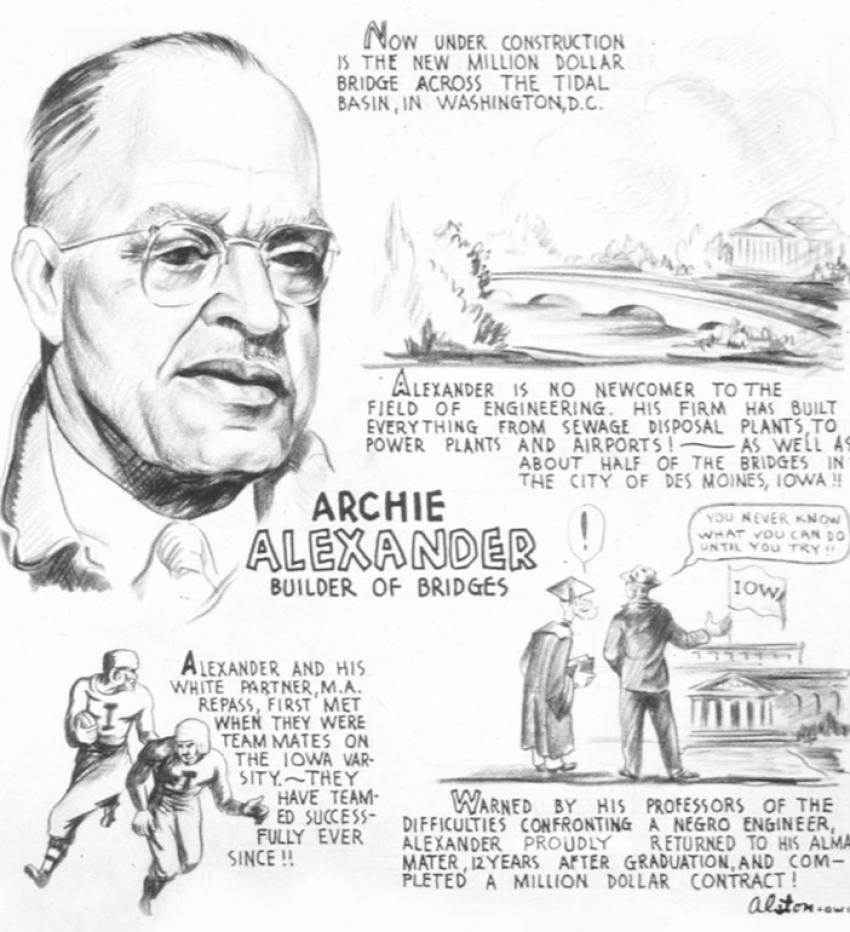 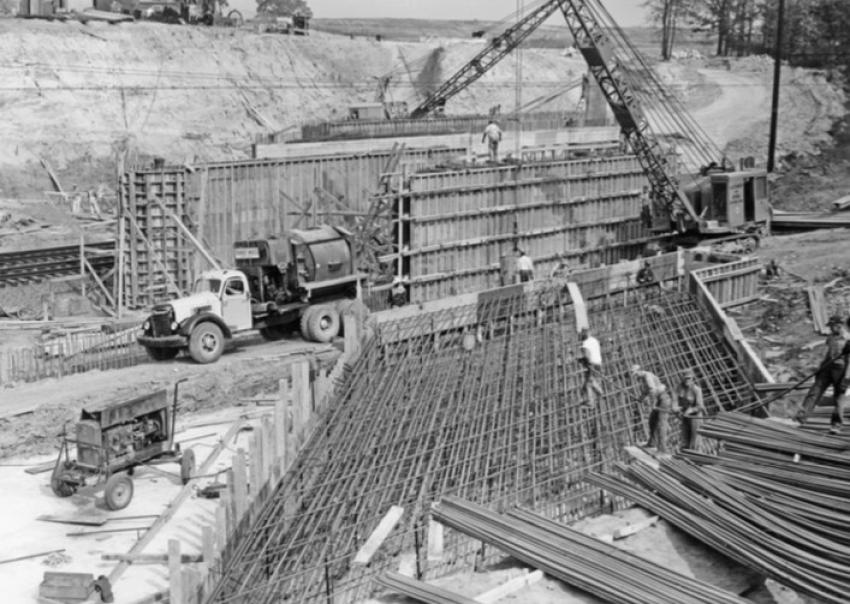 Alexander and Repass is shown building the District of Columbia’s New York Avenue extension of the Baltimore-Washington Parkway. The structure will pass over the Pennsylvania Railroad tracks. The crawler crane at right is a Koehring 401. (NARA: Bureau of Public Roads Collection photo) 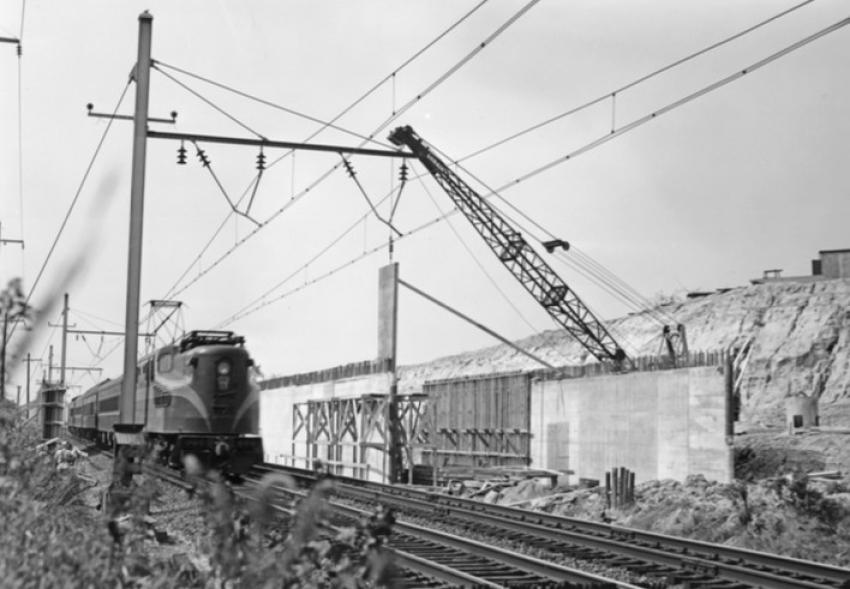 The action at the Pennsylvania RR crossing is shown in this October 1953 photo. An electric commuter train is speeding through the construction site. (NARA: Bureau of Public Roads Collection photo)