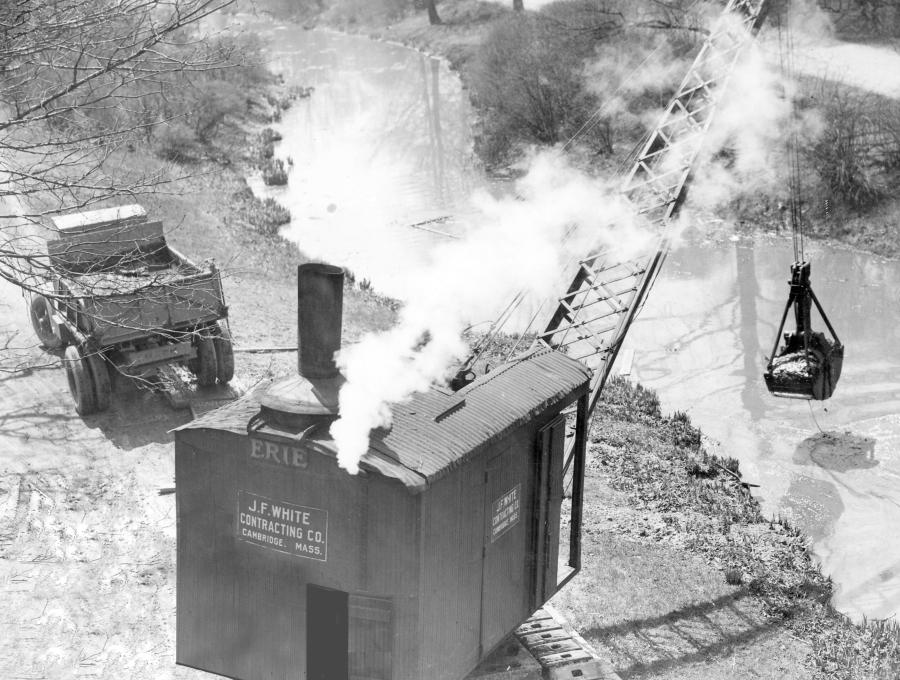 J. F. White using an Erie steam crane equipped with a clamshell crane to dredge the Muddy River near the intersection of Brookline Avenue and Riverway in Boston, Mass. The photo was taken on May 19, 1930. (Edgar A. Browning: J. F. White Collection photo)

J. F. White Contracting Company of Framingham, Mass., was founded in 1924 by Joseph F. White Sr. specializing in foundation excavation and hauling. When White's sons, Tom, Joe Jr. and John returned from WWII they joined the firm and it grew into one of the largest highway heavy civil construction companies in Boston, Mass.

J. F. White built the first section of the original Massachusetts Turnpike and numerous Interstate Highway projects in Massachusetts and New Hampshire. They constructed the Charles River Dam located in Boston's Inner Harbor and were a major contractor involved in the construction of Boston's Central Artery/Tunnel project.

J. F. White was purchased by the Dragados, a Spanish Construction Group, in 2014 and continues in business today.