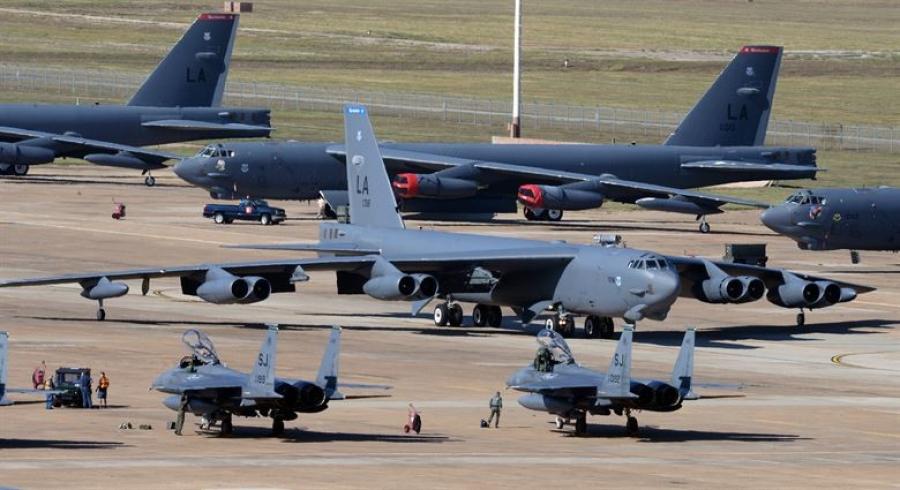 The 2.5-year project will construct a new road that extends southward from the I-220/I-20 interchange into the Barksdale Air Force Base. (U.S. Air Force photo/Senior Airman Jannelle Dickey)

Louisiana Department of Transportation and Development Secretary Shawn Wilson announced April 24 another major milestone in the project to build a new access road into Barksdale Air Force Base from the I-20/I-220 interchange in Bossier Parish.

A contract with James Construction Group LLC was signed and the notice to proceed was issued, marking the official beginning of the project.

James Construction Group LLC was identified as the successful proposer during a public bid opening held on Feb. 5. The contractor was one of two that submitted proposals for the $71.8 million project.

"This is one of the most significant steps in arriving at the point of turning dirt on a project," Wilson said. "This project is of particular importance to the community because this new gate will transform the way commercial deliveries enter Barksdale Air Force Base, vastly improving security and traffic congestion."

The 2.5-year project will construct a new road that extends southward from the I-220/I-20 interchange into the base, eliminating current safety concerns associated with railroad crossings and congestion at other base entrance points.

"We couldn't be more proud of how this project has been managed," Wilson added. "A little over a year ago, this Mega Project in the State's Transportation Master Plan sat on the shelf with no funding identified. But we remained determined to utilize innovative funding mechanisms to keep the processes on course, and move forward with extreme efficiency."

Utilizing the design-build method of project delivery will expedite the process by allowing the design and construction phases to take place simultaneously while employing innovations. The project is estimated to be complete in October 2021.

The city of Bossier, Bossier Parish, and the local Metropolitan Planning Organization have all made funding commitments, and public support has been issued by local economic development groups in the region.

This project and two other significant infrastructure projects are being funded through the state's first issuance of GARVEE bonds, which are special bonds that will be repaid over 12 years using federal funds allocated to Louisiana.

A groundbreaking ceremony to celebrate the beginning of the project is scheduled for May 14.